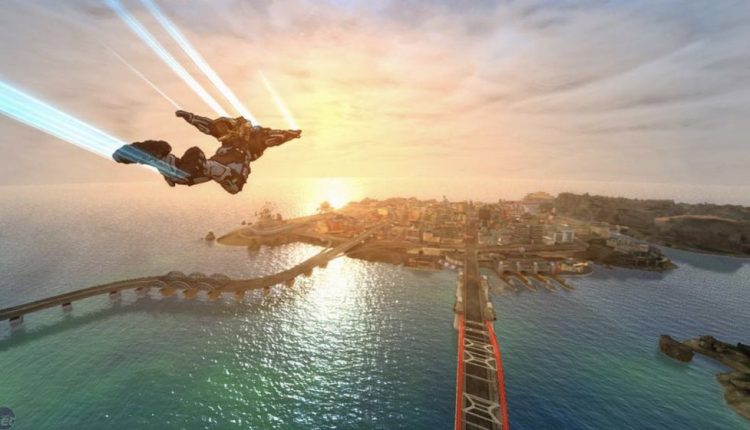 While the holiday season this year will be flying past for fans of Red Dead Redemption 2, who will certainly have their hands full over the festive season, 2019 is already looking to be another massive year for gamers.

From the return of the worlds most loved (and feared) horror game to adorable platform fun with Ori, 2019’s got something coming for everyone.

Brought to you by: Capcom

In a world where zombie apocalypses have become pretty ubiquitous in the media, it looks like producer Tsuyoshi Kanda and his team have gone all-out to make sure this game still scares us silly! They’ve achieved this through clever use of room layout, lighting, smoke, and an overall oppressive and claustrophobic feel where foes lurk behind every corner.

Old friends Claire Redfield and Leon Kennedy return to Raccoon City late January, and with modernized gameplay thanks to the RE Engine, it’s easy to see why fans are so excited for this release.

Brought to you by: BioWare

Even though its predecessors faced some challenges, 2019’s Anthem  release is still one of the most hotly anticipated titles of the year, and expectations are high. In this open world combination of third-person shooting and action, up to four players explore a universe packed with enemies and disasters, but just as rich in increasingly impressive rewards and exciting discoveries. So, armor up in your custom Javelin exosuit and get ready for some serious SciFi action come February 22 – we know we will!

Brought to you by: SIE Bend and Sony Interactive Entertainment

It’s been two years since a massive pandemic turned millions of humans into mindless ‘Freaker’ zombies, and it’s not just them you have to fear. With interesting features like creatures that move differently at night, vehicles you can use to explore the terrain, changeable weather and multiple weapons, word on the street is that Days Gone  is going to be something more special than the sum of its parts.

Brought to you by: Microsoft

Although it was originally slated for release in 2016, the time is finally here for this much-anticipated follow-up come February. As with its predecessors, the game centers around the crime-infested city of New Providence – and it’s your job to clean it up. Powered by Microsoft Azure, you’ll use a variety of weapons from grenades to rocket launchers, any vehicles you can get your hands on, and your own physical strength to bring down Kingpins, gang leaders and bosses – but this time, they’re ready to fight back. The new “Gangs Bite Back” system is set to make the game a lot more interesting and challenging for fans, and thankfully the long wait is finally over.

Brought to you by: Rare, DLaLa Studios

Although still shrouded in a healthy dose of mystery, which is only fitting seeing this will be the first Battletoads release in 20 years, there’s a lot of buzz about this game from Rare. Featuring a three-player couch and ‘2.5D’ visuals, we’re hoping this new version will combine the slightly bizarre and ultra-challenging aspects of the original with some exciting modern improvements. We think those who work at an IT company or have made a career in IT will enjoy an even deeper appreciation of this one.

Brought to you by: Respawn and EA

Set immediately after Episode III – The Revenge of the Sith, this single-player game will have you playing a surviving Jedi Padawan during the Imperial Era. Aside from that, precious little else is known about this game at this point – except, of course, that Star Wars fans can’t wait for more. Its release is set to coincide loosely with the upcoming Star Wars: Episode IX.

Ori and the Will of the Wisps

Brought to you by: Moon Studios

If you’re looking for buckets of charm, then this is the game to keep an eye out for in 2019. Its predecessor, Ori and the Blind Forest, was famous for its simple yet beautiful graphics, moody natural environments and magical creatures, and it looks like Will of the Wisps is going to be even better. On top of that, it looks like hero Ori has an unbelievably cute sidekick owl to share in the adventure this time around too!

And so much more…

Halo Infinite, The Last of Us: Part 2, Cuphead: The Delicious Last Course, Ghosts of Tsushima, Cyberpunk 2077, Control… there are so many exciting titles to look forward to in the upcoming year and beyond that it’s impossible to feature them all. One thing’s for sure though, 2019 is going to be a great year to be a gamer!

5 tips to keep yourself cooking when life gets busy