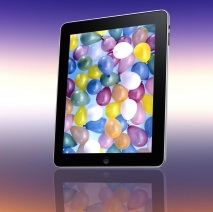 Consumers will spend more than $2.8 trillion on digital information and entertainment products by 2015, according to analysts Gartner.

Worldwide spending for 2011 is already on track to hit $2.1 trillion by year’s end as the demand for devices and content grows.

Of the $2 trillion spent in 2010, the largest portion of spending (62 per cent or $1.2 trillion) went to communication subscription based and usage service which includes mobile and wired voice services, mobile data, SMS, broadband, pay TV subscriptions and online gaming.

The second highest segment – $600 billion or 28 per cent – was spent on devices including mobiles, handheld devices, PCs, tablets and entertainment equipment like TVs and gaming consoles.

The smallest portion (10 per cent or $200 billion) was spent on content and software.

Half of this amount was for video content which was downloaded, purchased, streamed and rented as well as video on demand, pay per view and Pay TV.

The other half was for PC and gaming software, digital music and books and apps for mobiles and tablets.

Gartner says the key areas of technology that will offer the best opportunities for companies in the next three years will be wireless broadband to enable constant connectivity, location-based services and operating systems.

Microsoft puts head in the cloud with Office 365