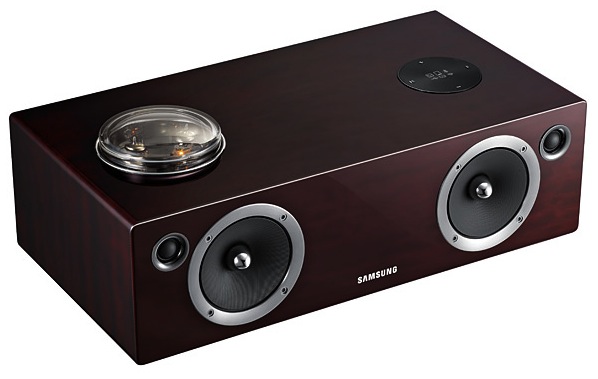 There was no shortage of iProducts at the Consumer Electronics Show.

For a company that didn’t attend the world’s largest consumer technology tradeshow, Apple certainly still had quite a presence in Las Vegas at the Consumer Electronics Show.

There were a huge number of iProducts on show from the largest companies like Samsung and Sony all the way down to tiny self-funded inventions and innovations all designed to work with the iPhone, iPad and iPod Touch or all three.

Some of these products took it a step further with dedicated apps which added even more functionality and innovation.

Tech Guide walked all of the cavernous halls of the Las Vegas Convention Centre to bring you the best iProducts of CES.

You know the iPod has pretty much locked up the digital media player marker when rival companies build products to accommodate it.

Samsung have taken that a step further with a Dual Dock audio system which can accept the iPod, iPhone or iPad and a separate dock for its own range of Galaxy devices.

What sets the DA-E750 apart is its retro look – its actually made of Australian bubinga wood and has a vacuum tube amplifier for a richer, warmer sound.

Here’s a product that can do two things for your iPad – mount it on a wall and charge it while it’s magnetically held in place.

A handy product if you’re using your iPad as a remote control or home automation controller because it’s always within reach and, while it’s hanging on the wall, the magnetic plate is also charging it.

Last year at CES it was the iCade that caught our attention but now it’s the device’s little brother that’s turning heads.

The iCade Mobile is a game controller for the iPhone and iPod Touch which adds its own physical controls so you can really enjoy some old school gaming action.

It also has a rotating cradle so the games can be played in landscape or portrait mode.

We’ve all heard of Steadicam – they use them when making blockbuster movies and covering TV sports events.

Well now you can get a Steadicam rig for your iPhone. The Steadicam Smoothee is a handheld stabiliser which allows users to shoot smooth videos anywhere.

This Academy-Award winning Steadicam technology combines a counterweights and an ergonomic comfortable hand grip to take all the shakes out of your shots.

There are other larger versions to accommodate larger dlgital SLR cameras which can now shoot full high definition video.

This product is part ball and part robot and can be controlled with your iPhone or Android smartphone with a dedicated app.

It can be used to play games either on your own or with other Sphero owners.

Tablets and laptops can be slippery litter suckers which is why this handy little product is so useful.

The Wrapsol Non-Slip Grip Pad is made of a material that features microscopic nodules so it will grip onto anything it is resting on.

The pad can be stuck on the back of a tablet or a laptop so it can stay in place when you’re resting it on your leg whether your sitting in bed or on the couch.

And the pad can be easily removed without leaving behind any sticky residue.

Apart from having a clever name, this is also a handy and affordable product.

iBallz is a shock absorbing harness that is made up of four rigid foam balls attached by strong elastic straps.

It can be attached to any tablet including the iPad and any number of Android devices and can protect it from falls and other daily knocks and scrapes.

To create a comfortable typing angle users can simply detach one of the balls and let it rest beneath the device.

This universal tablet and smartphone positioning stand might look just like the facehugger in the original Alien film but it’s far less harmless and infinitely more useful.

The six arms can be positioned to grab on to objects or moved to angle the device into a comfortable position.

The LifePhorm can also handle camera mounts so it can be used for taking your pictures as well.

There is a plastic entry level model along with a more rugged metal and carbon fibre version to be used out in the wild.

This product from Yifang Digital offers a precise writing and drawing solution for the iPad.

The Smart Pen has a fine tip so it can easily turn the iPad into a notepad for those aiming for a paperless existence.

Along with the pen the package includes a dongle receiver that connects wirelessly to the pen.

Only drawback is users have to use the iPad upside down (camera on the bottom edge) to allow the dock receiver to see the pen.