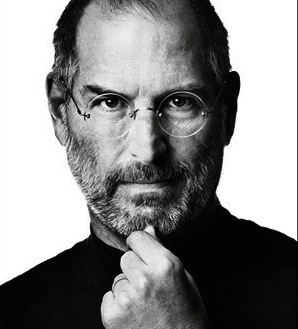 Steve Jobs, the co-founder of Apple, has died after a long battle with cancer. He was 56.

The former CEO has been at the frontline of the world’s greatest tech innovations which were embraced by customers around the world.

Apple released a brief statement describing Jobs as “a visionary and creative genius.”

Jobs, who co-founded Apple with Steve Wozniak on April Fool’s Day in 1976, was the driving force behind some of the most successful tech products are made – the iMac, iPod, the iPhone and, more recently, the iPad.

“We are deeply saddened to announce Steve Jobs has passed away today,” a statement by Apple’s board of directors read.

“Steve brilliance, passion and energy were the sources of countless innovations that enrich and improve all of our lives.

“The world is immeasurably better because of Steve. His greatest love was for his wife Laurene and his family.

“Our hearts go out to them and to all who were touched by his extraordinary gifts.”

As a mark of respect, Apple dedicated its homepage as a Steve Jobs tribute.

The tribute on its site read: “Apple has lost a visionary and a creative genius, and the world has lost an amazing human being.

“Those of us who have been fortunate enough to know and work with Steve have lost a dear friend and an inspiring mentor.

“Steve leave behind a company that only he could have built, and his spirit will forever be the foundation of Apple.”

Jobs’ last public appearance was the World Wide Developer’s Conference in June where the frail former CEO fronted the keynote in his usual charismatic style.

Tech Guide has been fortunate enough to have attended that last keynote and many others before it and witness first hand the passion and energy which became one of Steve Jobs’ trademark.

Jobs’ surprised everyone when he strode on stage to unveil the iPad 2 in early March in his signature black turtle neck, blue denim jeans and New Balance shoes.

His health problems have been well documented and date back as far as 2004 when he battled pancreatic cancer before undergoing a liver transplant in 2008.

In August, after periods of medical leave absences, Jobs resigned as CEO.

In an emotional letter to the board on August 24 Jobs wrote: “I have always said if ever there came a day when I could no longer meet my duties and expectations as Apple’s CEO, I would be the first to let you know. Unfortunately that day has come.”

Tributes for Steve Jobs began flowing from around the world including from fellow tech innovators Bill Gates and Mark Zuckerberg.

“Steve, thank you for being a mentor and a friend. Thanks for showing that what you build can change the world. I will miss you,” Zuckerberg posted on his Facebook status.

Former Microsoft boss Bill Gates, a colleague, competitor and friend of Jobs said everyone was touched by Steve Jobs’ work.

“The world rarely sees someone who has had the profound impact Steve has had. The effects of which will be felt for many generations to come,” Gates said in a statement.

“For those us lucky enough to get to work with him, it’s been an insanely great honour. I will miss Steve immensely.”

Steve Jobs was an intensely private person who managed to keep his personal life and family out of the media.

Jobs will be remembered as the person who founded Apple, now the world’s most valuable publicly listed company with a value of more than $370 billion.

But he will also be remembered as the person who saved the company as well.

Jobs was controversially removed from the company in 1984 and went off to found computer company NeXT which bought a little computer animation company from Lucasfilm.

That little company would become known as Pixar – which produced some of the most successful animated films of all time including Toy Story, The Incredible and Cars.

But Apple struggled without Steve Jobs and, by the mid 90s was on the brink of collapse.

Apple acquired NeXT and Jobs was back in the fold as acting CEO.

And it was from this point on that Apple became the powerhouse it is today. And it’s all thanks to Jobs.

He was known for his single-minded approach to producing products that are as beautiful as they are functional.

The world won’t be same without him.