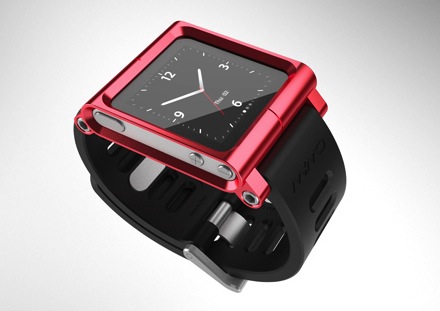 Electronics giant Samsung has confirmed it is working on a smart watch device as rumours surrounding a similar product from Apple also gain momentum.

The news looks set to spark a race to market between Samsung and Apple for the wearable smart product which can either work with or take the place of the smartphone.

Samsung’s executive vice president of mobile business Lee Young Hee told Bloomberg: “We’ve been preparing the watch product for so long. We are working very hard to get ready for it. We are preparing products for the future, and the watch is definitely one of them.”

Samsung didn’t provide any more detail about the product but we’d expect the device to provide the basic functionality of a mobile phone with the ability to run selected apps on the device’s small screen.

The device may also be able to sync with a smartphone or tablet and provide alerts for incoming calls, emails and messages.

Rumours about an Apple smart watch have been circulating for months and it would introduce an all-new product line for the company which would still work in with the iPhone and iPad.

Apple has been known for re-inventing products with its trademark design and simplicity as we’ve seen with the iPod, iPhone and iPad and an iWatch could well be sitting alongside them.

Samsung only last week unveiled its new Galaxy S 4 smartphone which should hit the market at the end of the April.

Analysts say the move is on to redesign smartphones to wearable products like smart watches.

The global watch industry is said to be worth $60 billion a year in sales and would provide a healthy business to the companies that produce a smart watch.

There were some smart watches unveiled at the Consumer Electronics Show in Las Vegas in January including the Pebble and I’mWatch.