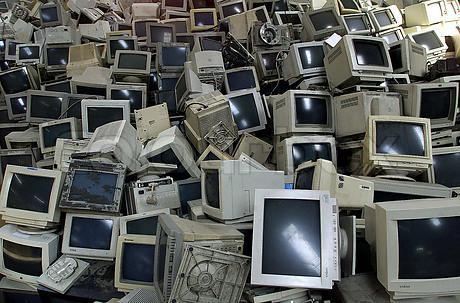 Australia has an opportunity to set a world record for the most e-waste collected for recycling in a single week between April 20 and 28.

TechCollect – Australia’s newest recycling program – is the company behind this free initiative to encourage people to recycle their old products.

People can recycle products like computers, printers and old televisions and keep them out of landfill.

TechCollect follows on from other successful Australian recycling programs like MobileMuster and Cartridges for Planet Ark which got people into the habit of recycling their technology.

“90% of all computers and TVs can be recycled and made into new products but unfortunately only 10-17% of Australia’s e-waste has been recycled,” says TechCollect CEO Carmel Dollisson.

“We want to encourage all Australian’s to de-clutter their homes by pulling out those old TV’s from the shed plus old computers and printers from storage to help TechCollect keep e-waste out of landfill.”

Each year about 16.8 million TVs, computers, printers and related accessories are disposed of in Australia and this equates to 106,000 tonnes of e-waste.

The problem is this figure is only going to get bigger as we replace our TVs and computers and other gadgets in the years ahead with estimates of e-waste set to grow to 181,000 tonnes or 44 million units by 2027/28.

If you want to be part of TechCollect’s world record attempt between April 20 and 28, visit www.techcollect.com.au for locations and opening hours.

There are 65 permanent drop-off sites open year-round across Australia which are run in partnership with local councils and waste management companies.

“Electronic waste, like TVs and computers, contain both valuable and toxic materials that need to be recycled to the highest environmental standards,” says Paul Klymenko CEO of Planet Ark.

“Planet Ark is working with TechCollect because we believe they are committed to setting the standard for responsible e-waste recycling.”

TechCollect gets its funding from a consortium of more than 60 technology companies including Dell, Canon, HP, Panasonic, Toshiba and Epson.

In 2011, after the Federal Government passed the Product Stewardship Act and established the National TV and Computer Recycling Scheme, it became law for companies that manufacture and import computers or TVs to recycle end-of-life products and meet specific requirements.

Some of the goals for TechCollect include increasing the recycling of e-waste to 80 per cent by 2021/22.