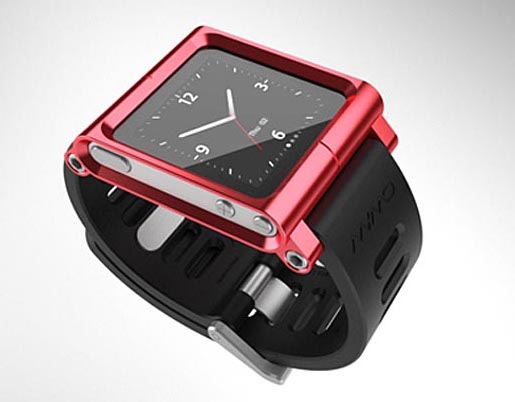 It’s the Apple rumour that just won’t go away – the iWatch – and the latest whisper is it will be released in October 2014 compete with wireless charging.

According to Chinese site C Technology, Apple has been testing two prototypes with a view for an October release

There are reports Apple will release 1.7-inch and 1.3-inch screen sizes of the iWatch to suit men and women.

The device is also said to have wireless charging capabilities so it can be recharged up to a metre away from the power source.

C Technology reports battery life has been an issue with iWatch prototypes with a charge from the onboard 100mAh battery lasting up to two days.

Wireless charging is being seen as a solution but it is unclear how Apple would make this available to users.

The 100mAh battery is similar to the battery used with the sixth generation square iPod Nano which could be worn as a watch with an accessory.

Ideally the iWatch would be able to wirelessly connect to the iPhone or iPad to allow users to see notifications, incoming calls and other messages.

And being a wearable product the iWatch would be expected to also track your movements and activity in the same way many popular existing products like the Fitbit and Jawbone UP.

Other reports have put the iWatch release as soon as the first and second quarters of 2014.

Belkin WeMo Light Switch can be controlled from anywhere