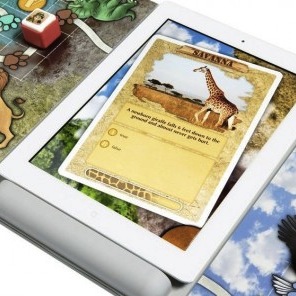 The board game has entered the 21st century with the release of the GameChanger for iPad which creates an all-new interactive experience.

Living up to its name, the GameChanger works with the iPad to add a multiplayer and multimedia dimension to traditional board game play.

The iPad simply slips into the GameChanger cradle and the actual board game and the screen become one.

Because the board and the iPad are linked through the GameChanger the game pieces can interact with the iPad with a simple touch.

All game play is guided and tracked and players will always know whose turn it is.

The GameChanger will be distributed through iWorld Australia across Australia and New Zealand.

Pricing and availability is yet to be announced.