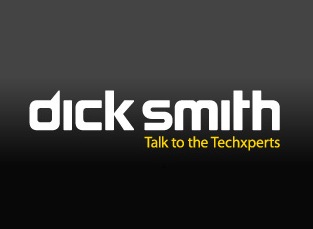 Dick Smith has today announced a new partnership to run the electrical departments in 30 David Jones department stores across Australia.

The company entered into Retail Brand Management Agreement (RBMA) with David Jones to stretch the reach of its electrical stores even further.

The electrical departments in 30 of the David Jones stores will be run under the banner “Powered By Dick Smith” from October 1.

Dick Smith already has 326 stores across Australia and New Zealand with the latest opening in Lilydale in Victoria and in Sydney Central shopping centre.

There are 14 additional store openings planned for 2014.

“Forming strategic partnerships with like-minded companies is integral to our growth strategy. We couldn’t think of a better retailer to align ourselves with than David Jones, one of Australia’s most established and iconic brands.

“It’s a win-win for both companies. Dick Smith is expanding its network and reaching a wider, high-end customer base, while David Jones is increasing its product and services offering for its customers.

“It also strengthens Dick Smith’s buying power, which in turn allows for more competitive prices for customers across both stores.”

David Jones will continue to operate its Samsung, Apple and Sony stores within a store alongside the Dick Smith-powered departments.

The added benefits for David Jones customers will be access to exclusive products sold by Dick Smith stores like Amazon Kindle ereaders as well as the opportunity to purchase mobile phones in the store for the first time.

David Jones CEO and Managing Director Paul Zahra said: “We look forward to teaming with such a well- established Australian brand such as Dick Smith.”

“Our partnership will deliver many benefits for our customers including a broader range of electronics products and ancillary services at more competitive prices in a seamless shopping experience for our customers.

“There is great potential for sales and profit upside that both of our companies will benefit from.”