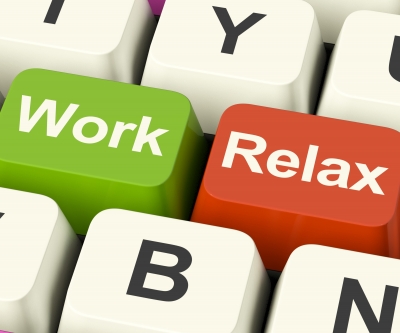 As Australians we are finding it hard to disconnect from technology, emails and social media even when we’re on annual leave, a new survey has revealed.

Commissioned by holiday rental website Stayz.com.au, the research showed we find it hard to let go of work or resist the lure of checking social networking sites while we’re on holidays.

Alarmingly the study showed that 36 per cent can’t escape from technology while they are on holiday.

The research showed that almost half of holiday-makers (47 per cent) are called with work-related questions.

Nearly a quarter of respondents (23 per cent) admitted that working while on holiday caused arguments with partners and friends.

More than half of Australians (51 per cent) say they checked their emails everyday while on holiday.

And it doesn’t just stop at email. The study showed that 42 per cent of Australians spend 15 minutes or more on social media and 52 per cent – that’s more than half – checked out their social networks at least once a day.

And there are plenty who like to share their holiday snaps as they are taken – 61 per cent – while more than third (36 per cent) use social media to “check in” using social networking sites.

Dave Dunstan, Marketing Director, The Stayz Group said: “It is not surprising that almost one in five (18%) Aussies say that they are unable to relax and switch off from work despite being out of the office and on holiday.

“Our research found that many Australians are unable to break away from their daily routine while on leave, and technology, whether it’s keeping up with work or sharing experiences on social media, is an important part of holiday life.”

More than half of Australians now using smartphones