Electronic waste has become a global issue with the amount of discarded technology set to soar to a staggering 74 million metric tonnes by 2030.

And Australia is one of the highest producers of e-waste per capita.

According to the Global E-waste Monitor, a record 53.6 million metric tonnes of e-waste, made up of discarded products with a battery or plug including computers and mobile phones, was generated worldwide in 2019.

But the latest report from the Global E-waste Monitor predicts global e-waste will reach 74 million metric tonnes by 2030 which is almost double the 2014 figure.

These figures sound large but the Electronics Hub put them into perspective with a visualisation of what these huge amounts of e-waste would look like. 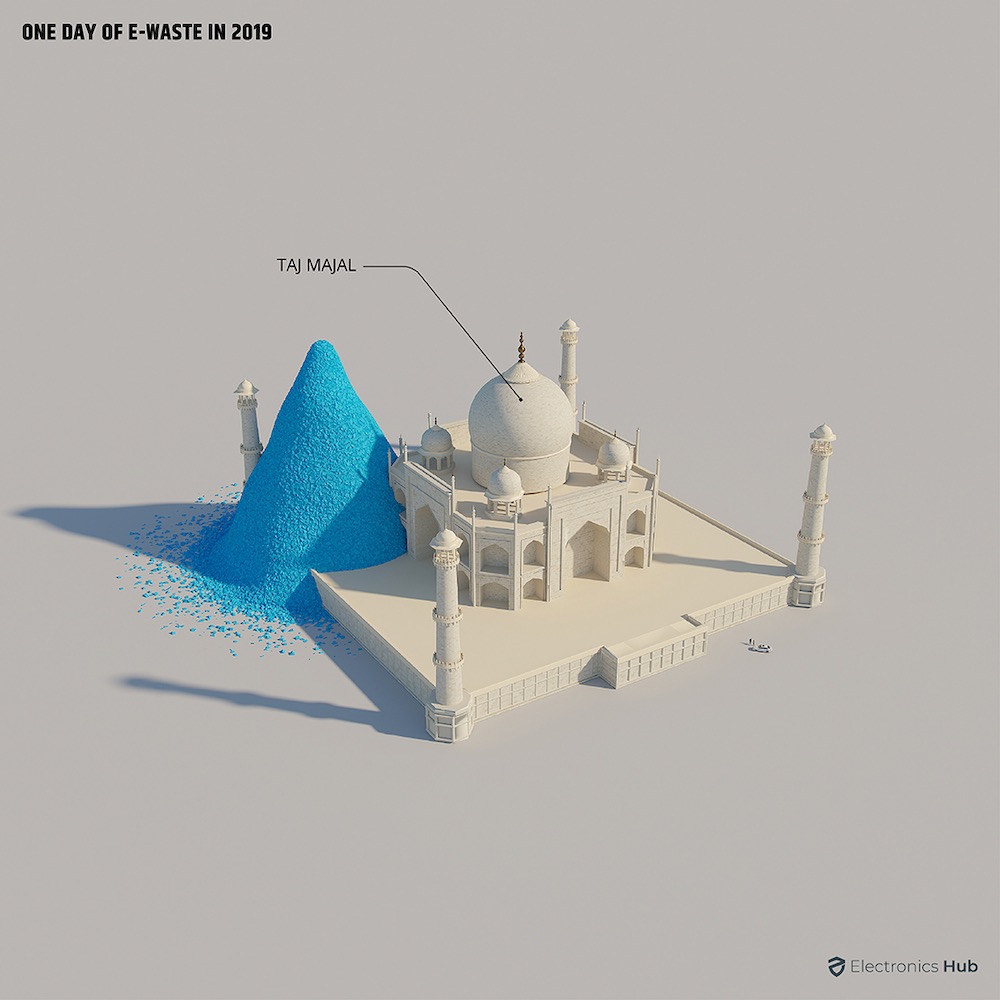 Every day in 2019 humans produced 140,000 metric tonnes of e-waste and if that was made up entirely of bricked iPhone 11s you could use this to build a pile larger than the Taj Mahal.

According to that figure, that’s 4.47 million metric tonnes per month or a pile of e-waste that would dwarf London’s 180m Gherkin skyscraper. 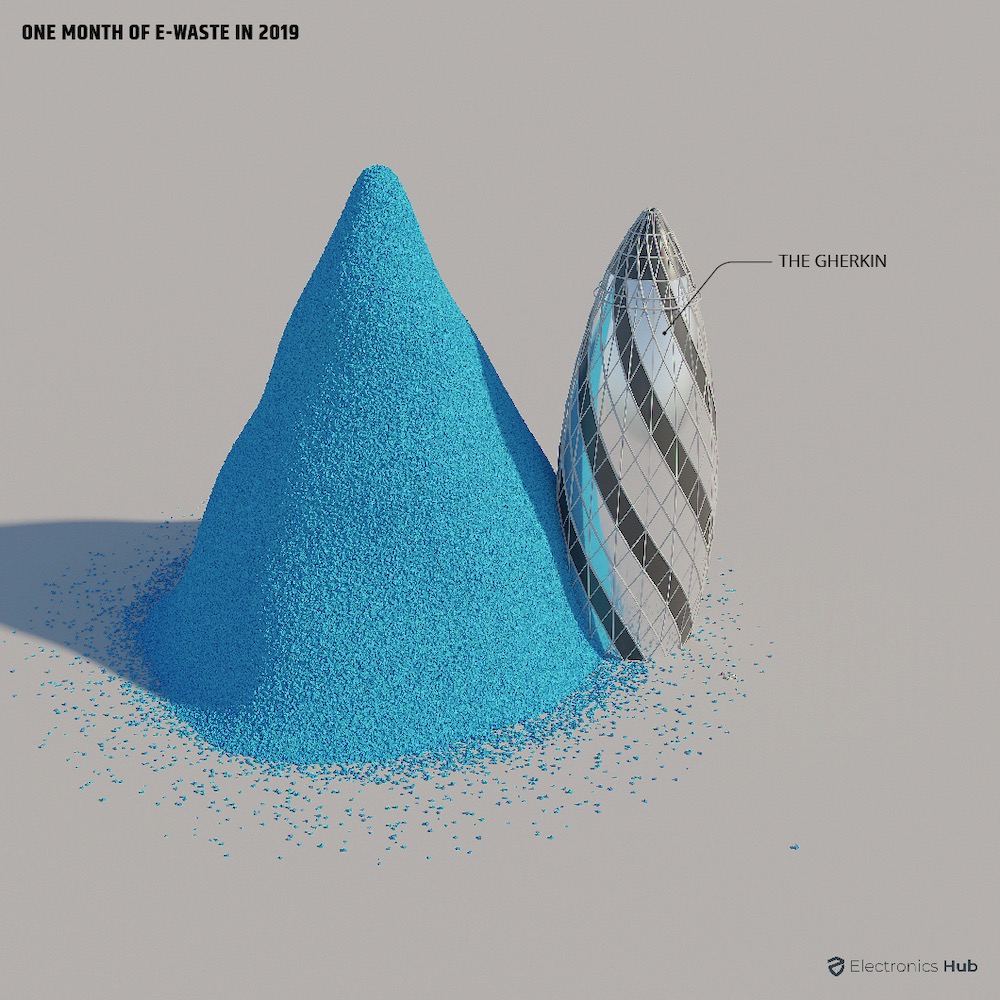 The 53.6 million metric tonnes of e-waste produced in 2019 would form a pile that would be taller than the Empire State Building.

And the prediction of 74.7 million metric tonnes of e-waste by 2030 would mean a pile of discarded mobile phones that would match the height of One World Trade Centre which reaches 541.32m from its foot to the top of its spire with a footprint of 3716.12 square metres. 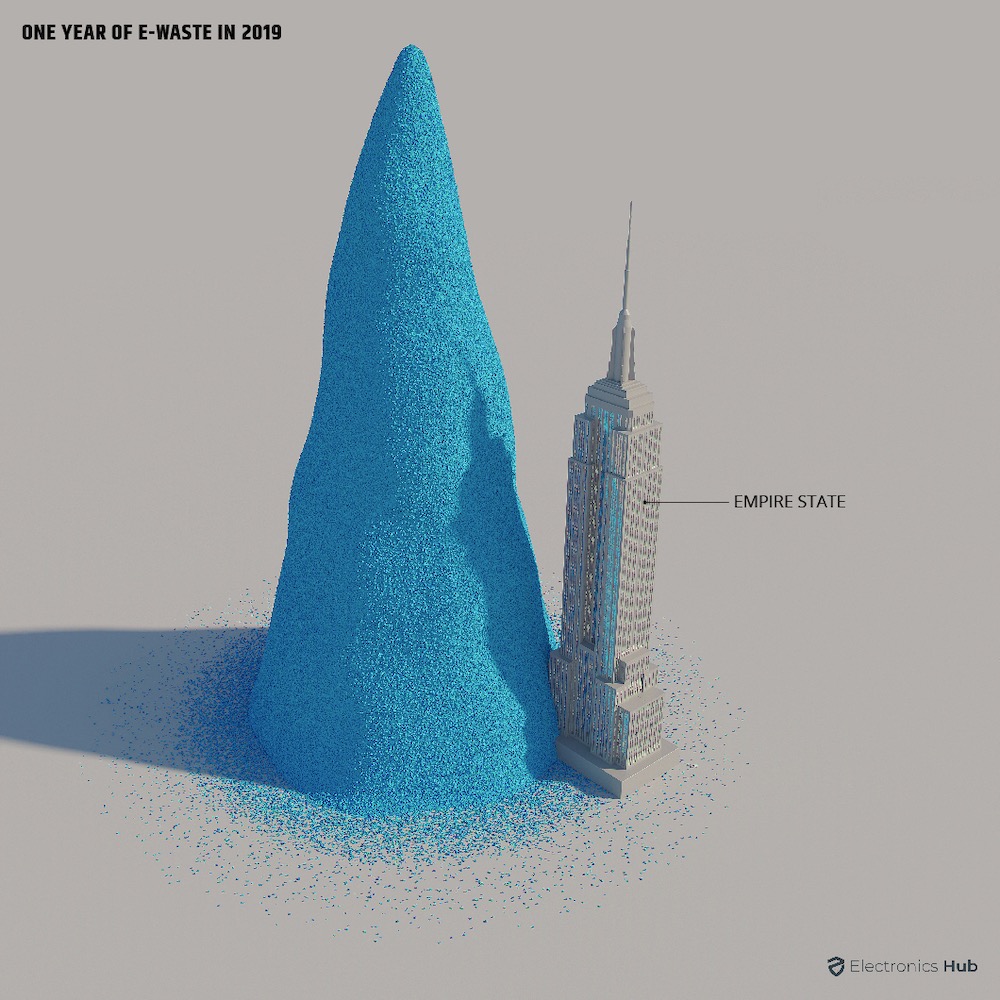 The sharp rise in e-waste has been fuelled by a larger appetite for electric and electronic devices which have shorter life cycles and limited repair options.

According to the Global E-waste Monitor, only 17.4 per cent of e-waste in 2019 was officially documented as being formally collected and recycled. 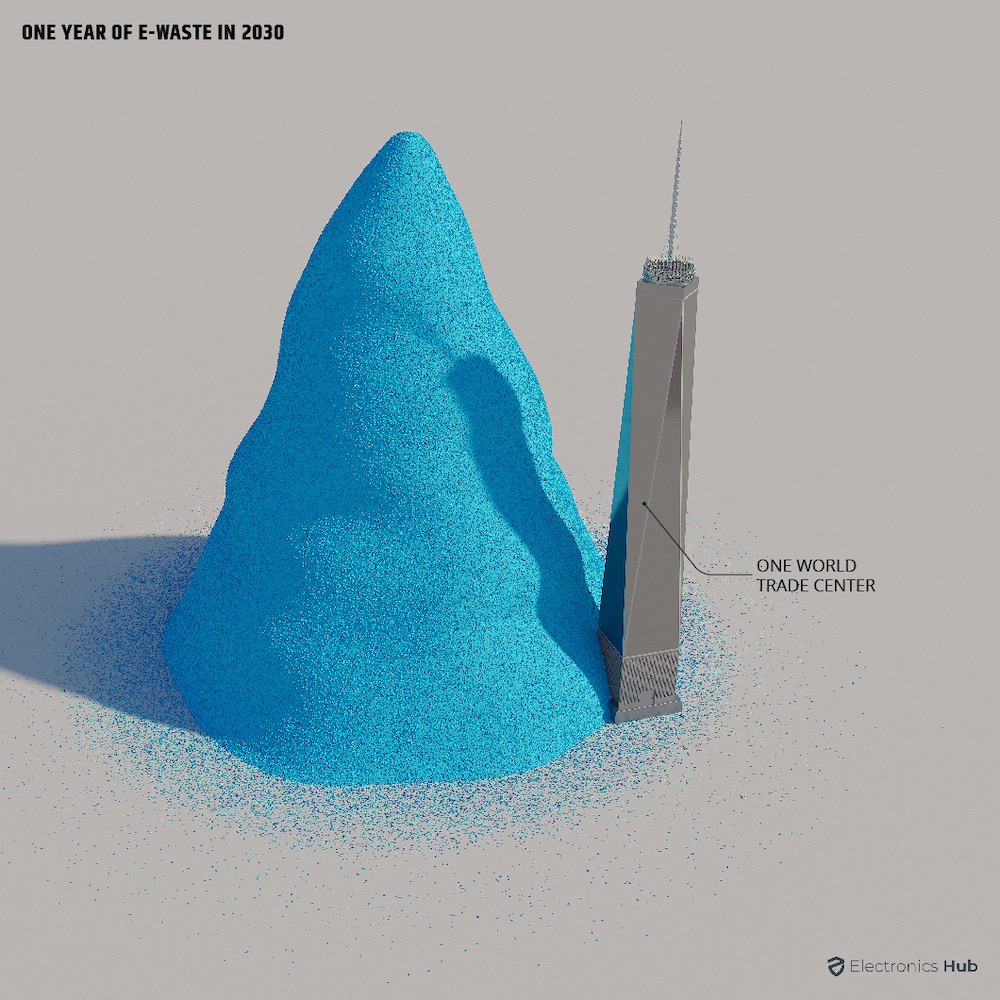 By 2023 the International Telecommunications Union is hoping this figure reaches 30 per cent.

That means the current formal collection and recycling rate would have to increase significantly in order to meet that target.

The number of countries, including Australia, that have adopted a national e-waste policy legislation and regulation has increased from 61 to 78 between 2014 and 2019. 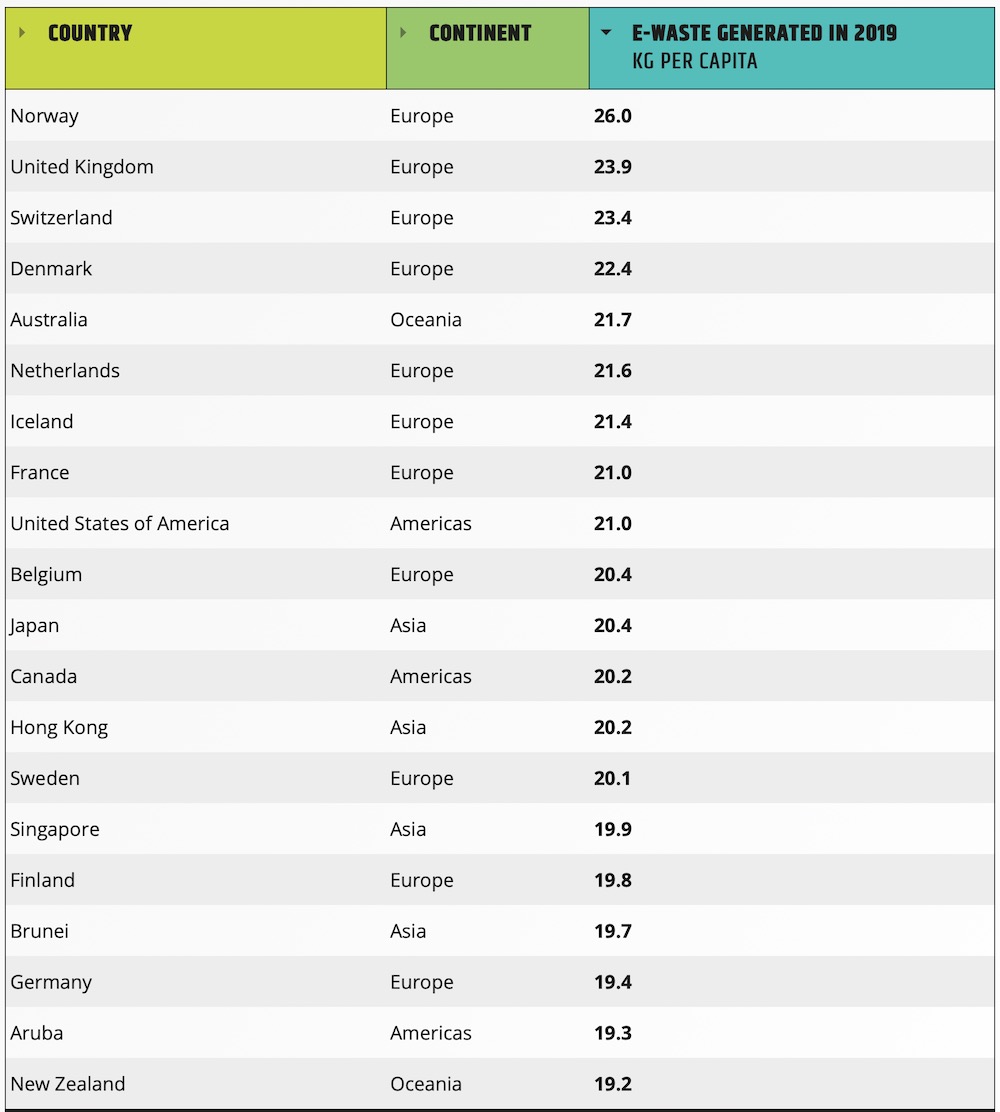 But in many parts of the world the regulatory advances are slow with low enforcement or e-waste management.

The ITU has set a target to raise the percentage of countries with an e-waste legislation to 50 per cent or 97 countries by 2023.

The amount of waste being generated country to country varies greatly amongst full first world nations who are responsible for most of the e-waste that’s generated.

Norway produces the most e-waste per capita at 26kg.

According to the figures by Electronics Hub, Australians are also among the highest producers of e-waste at 21.7kg of e-waste per capita – that’s the fifth highest in the world behind Norway, the UK (23.9kg), Switzerland (23.4kg) and Denmark (22.4kg).

7 Benefits of Mobile Marketing for Your Business