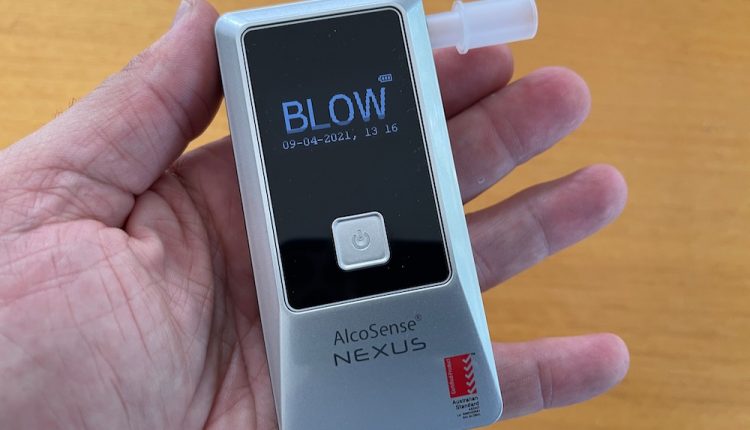 Andatech has released a new personal breathalyser – the Alcosense Nexus – which can not only tell you in seconds your personal blood alcohol level but also save up to 100 of your tests in the companion app.

The Alcosense Nexus is smaller than a deck of cards (10.5cm x 5.1cm x 1.7cm) with a weight of just 82.7g but it offers a professional-grade fuel cell sensor that can deliver an accurate reading in a matter of seconds.

When it is turned on it takes just five seconds to warm up (you can see the countdown on the small display) before it’s ready to take a test. 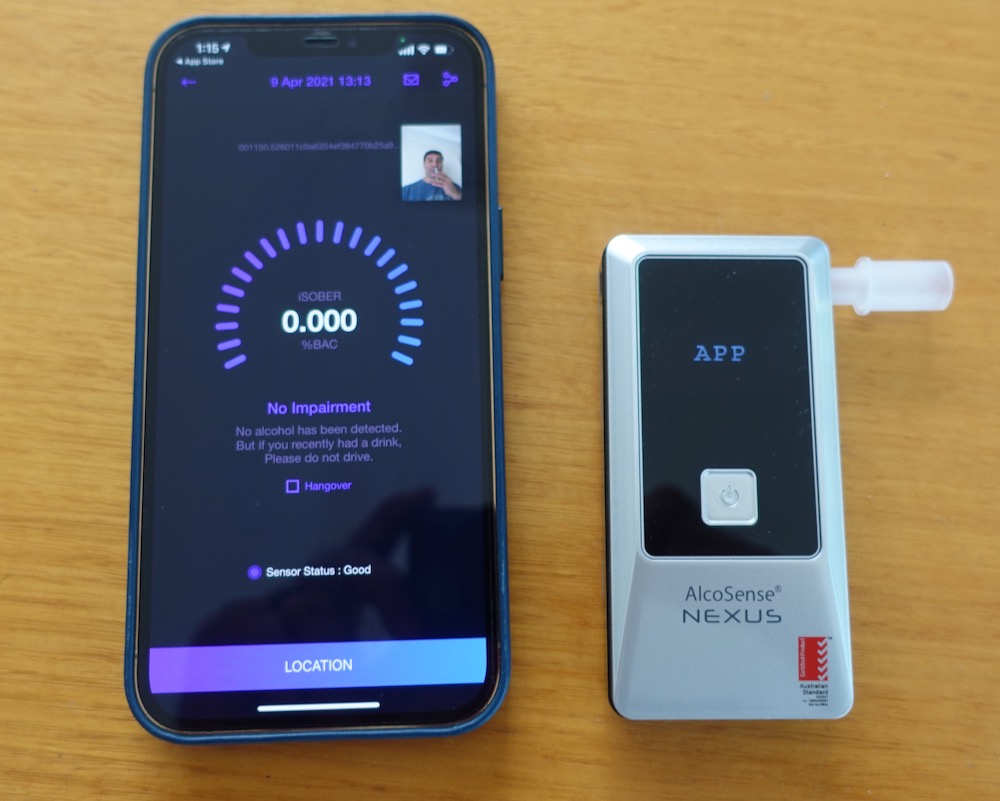 It comes with five spare mouthpieces which are used to blow into the device.

Also included is a hard case and pouch and two AAA alkaline batteries.

Users blow into the device for a few seconds and hear a click when the sample has been taken and the analysis begins.

After a few seconds the level of blood alcohol is displayed on the screen. 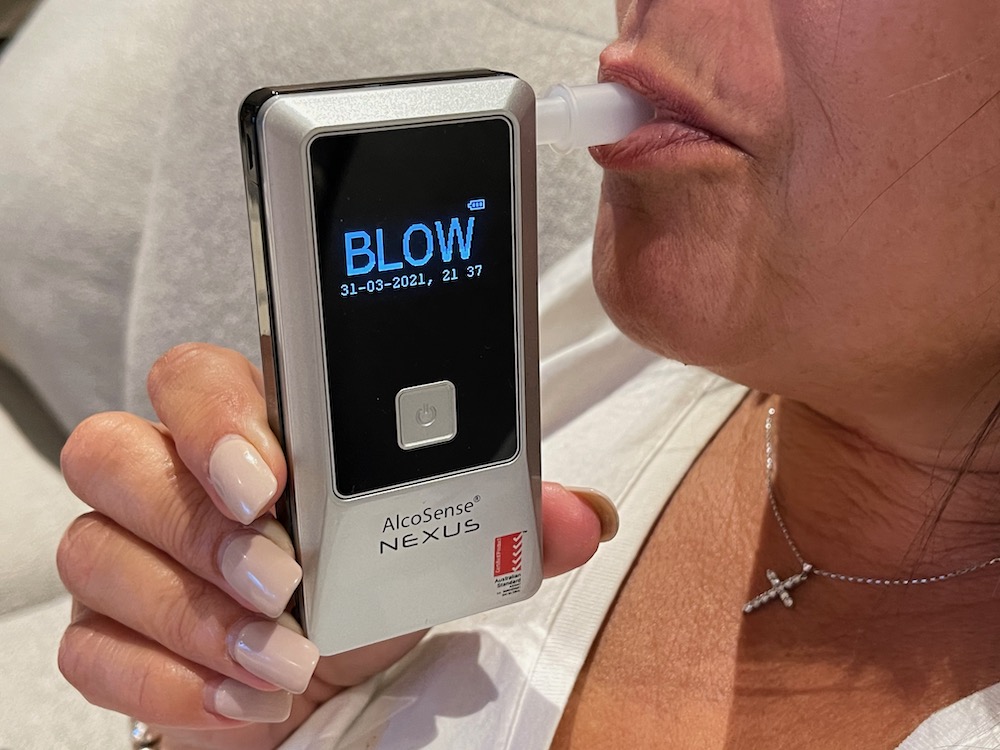 The level of blood alcohol in your system is hard to judge so thinking you’re OK to drive without a test could have regrettable consequences.

For our testing, we asked a guest who’d had “a couple of glasses” of wine to take the test with the Alcosense Nexus.

To her surprise she was actually well over the legal driving limit. 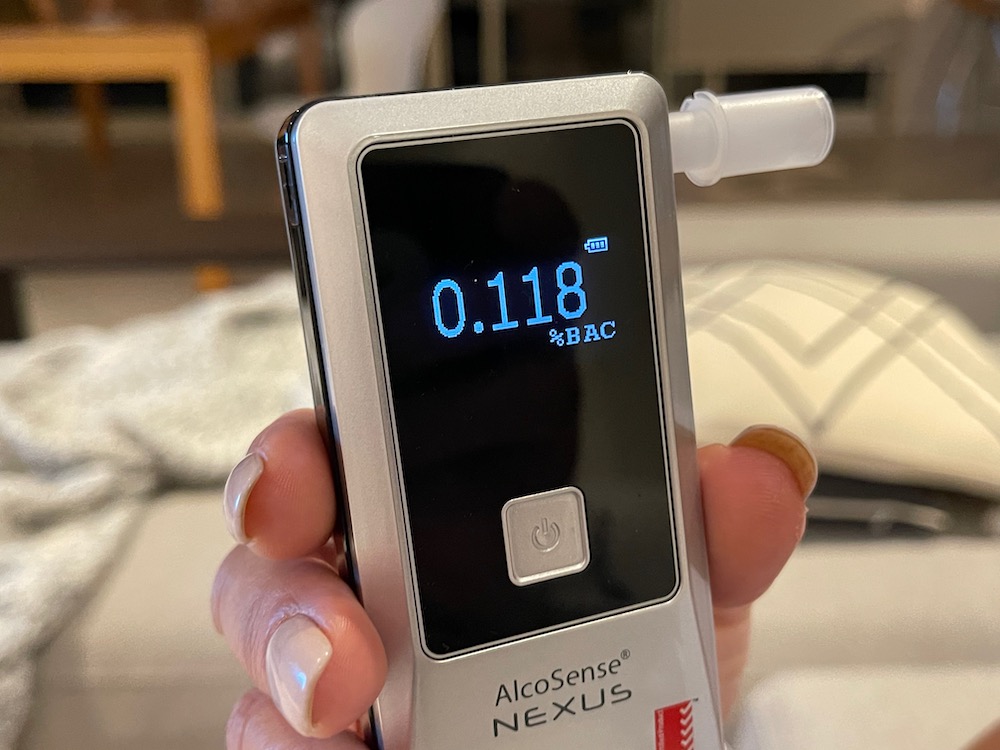 There are many factors that impact your body’s blood absorption of alcohol apart from the actual amount of alcohol you’ve consumed including your size and weight.

So rather than trying to guestimate how much you’ve drunk like the countless drivers who think they’re OK on the RBT TV show, the Alcosense Nexus can tell you exactly what the situation is.

And it could be a potentially life-saving move for yourself and for others on the road. 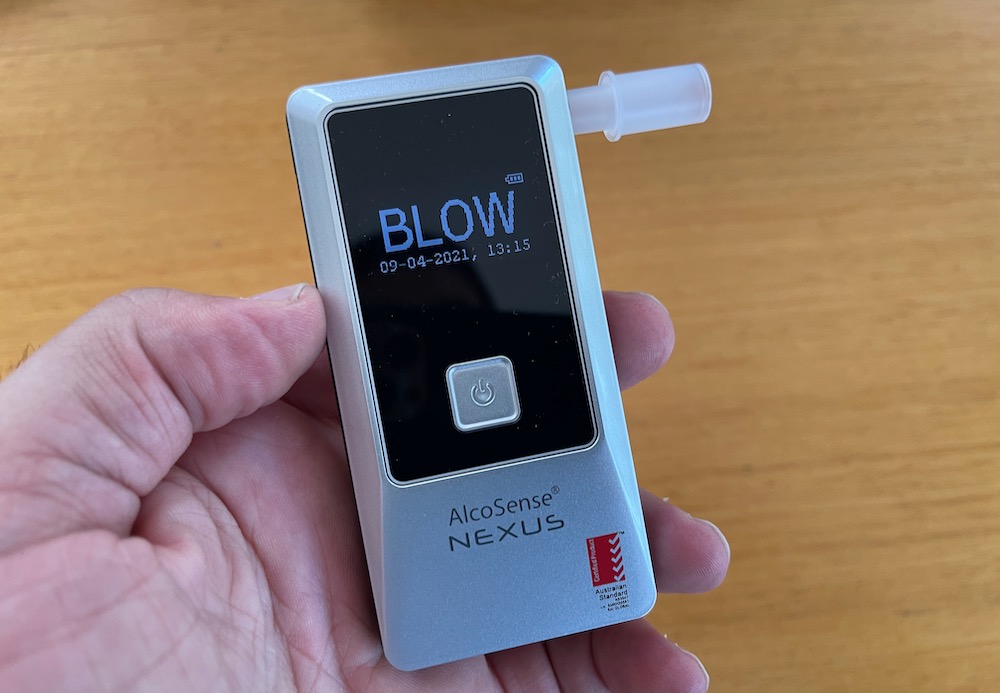 Or at the very least it could save your licence and a hefty fine not to mention a possible appearance in court.

Just like a carpenter would use a tape measure to find out the exact length of the wood rather than just guessing, so can a person who’s had a few drinks and are thinking of hitting the road find out their exact blood alcohol level.

Now with the addition of the iSober app which links to your phone via Bluetooth, the device becomes even more useful so it can not only track up to 100 of your tests but also make people more accountable.

When the app is paired to the Alcosense Nexus, and you want to take a test it actually takes a photo of you blowing into the device and records the time and location where the test was taken.

It can be used by parents and friends who want to ensure their loved ones are not drinking and driving. 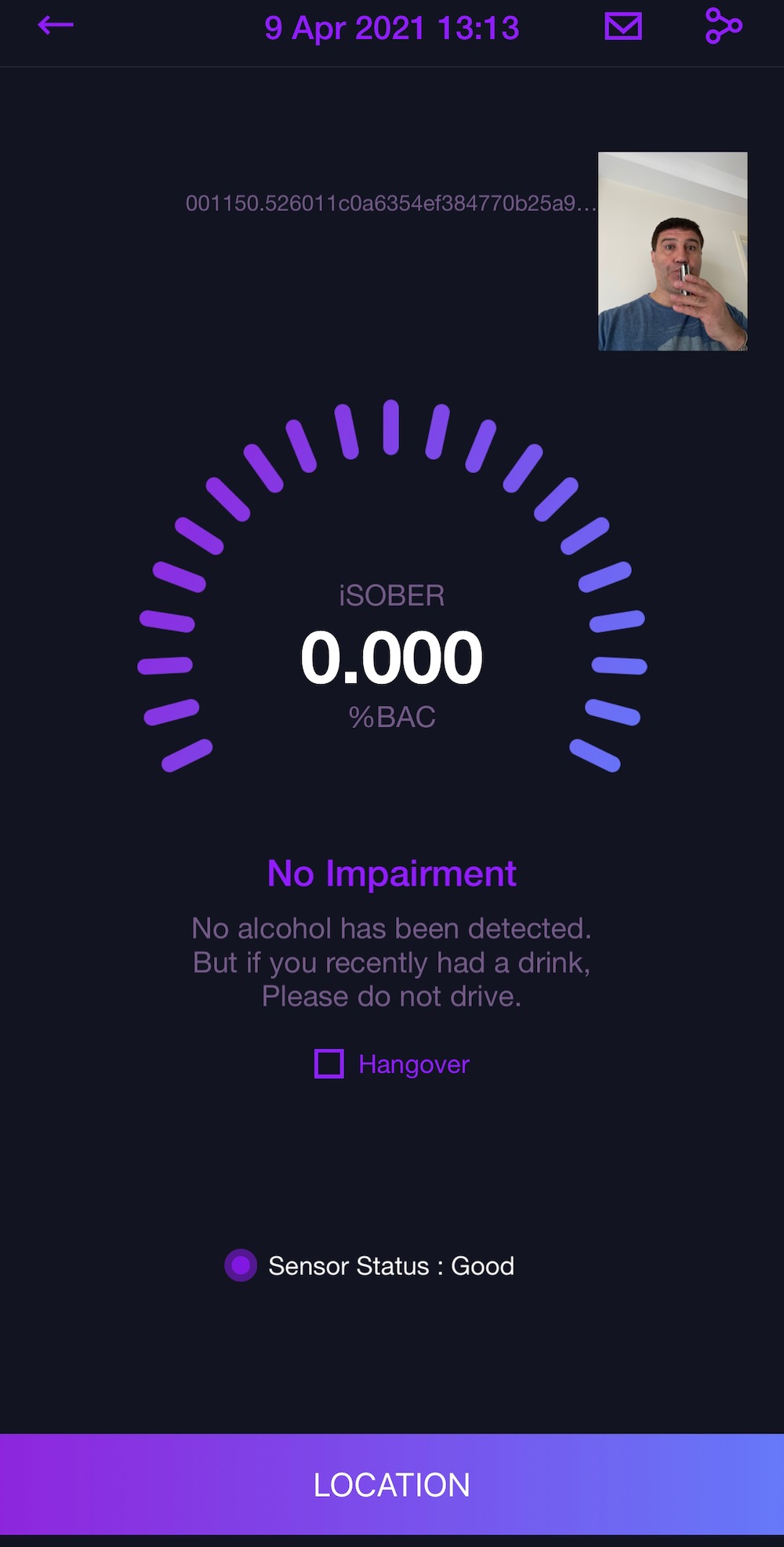 The driver can send the results of the test from the app with the result and the time and date stamp along with their picture taking the test.

The Alcosense Nexus will eliminate any uncertainty when it comes to judging how affected you are by alcohol.

It can be used on its own without the app quite effectively but when it is paired via Bluetooth it becomes an even more powerful solution that takes the device beyond just testing and turns it into a record so the user can track, learn and possibly change their drinking habits.

The Alcosense Nexus is priced at $549 and is available from Andatech.