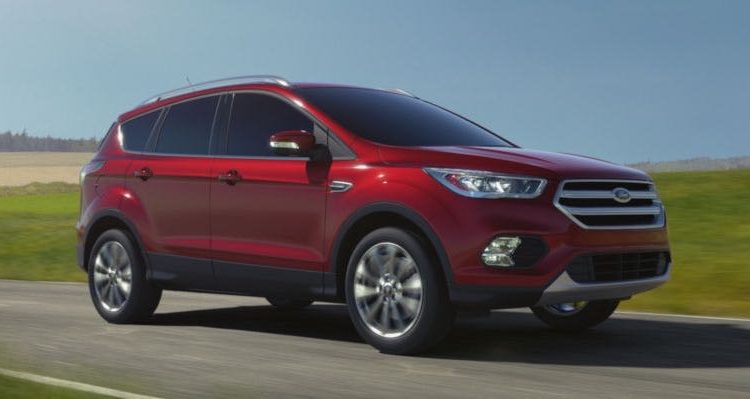 If you need a part for your car you hope the manufacturer has it in stock or that it will only take a day or two to arrive. Ford has come up with a new option to produce the part with a 3D printer.

It is a room-sized machine that can produce parts of any shape and length and as large as a 6-foot rear spoiler.

Ford is the first car maker to use the new 3D printing technology from Stratasys.

The printer is located at Ford’s Research and Innovation Centre in Dearborn, Michigan

A part that once took weeks to produce can now be printed in days using the 3D printer – and at a much lower cost. 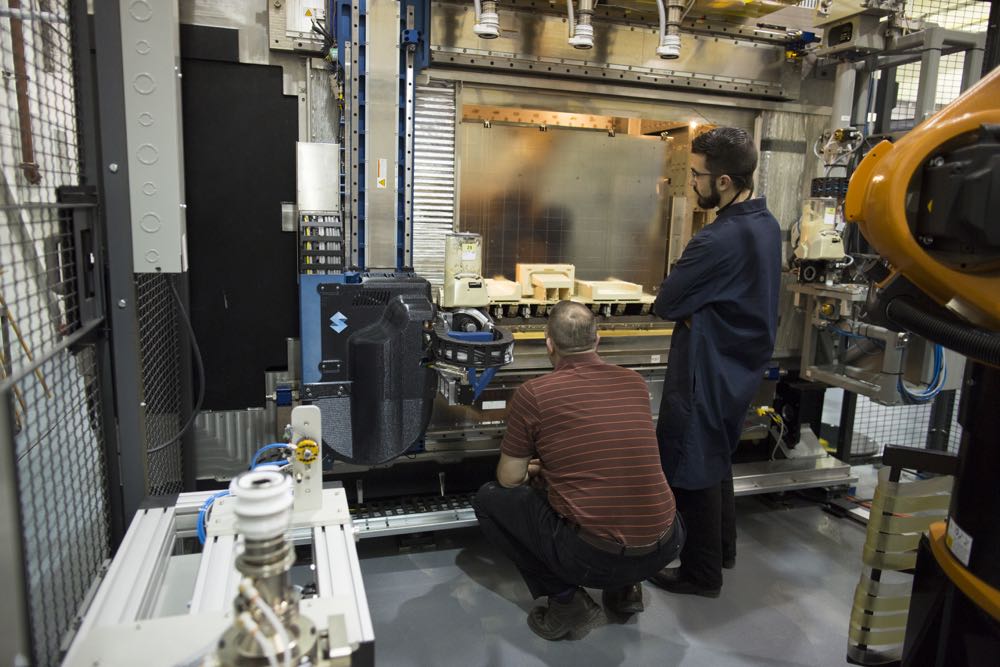 3D printing would also present the auto industry with a long-term benefit including the ability to produce lighter parts which will help improve fuel efficiency.

Parts printed with the 3D Stratasys can weigh less than half of a metal cast product. 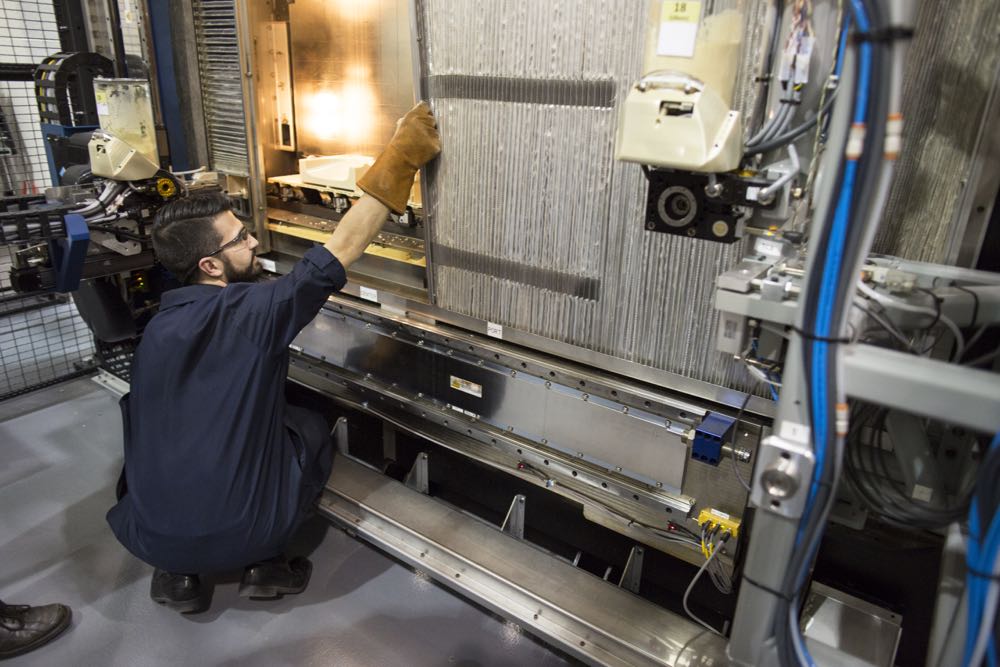 And the cost efficiency of 3D printing is also higher when parts are only needed in low volume.

Parts are created after being designed with a CAD (computer-aided design) program and are printed with one layer of plastic at a time. 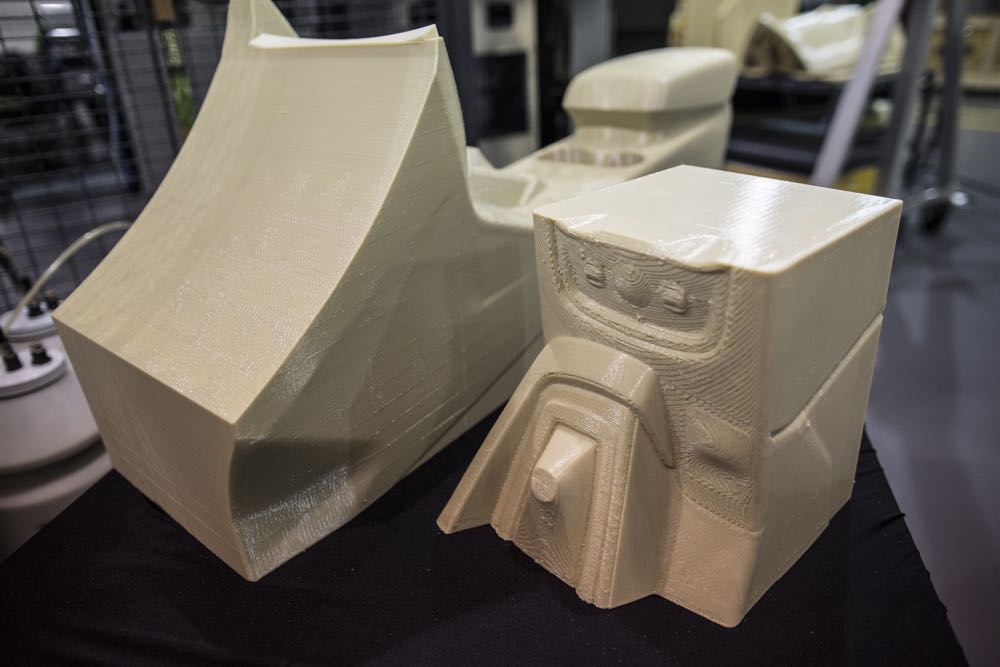 “We’re excited to have early access to Stratasys’ new technology in order to help steer the development of large scale printing for automotive applications and requirements.” 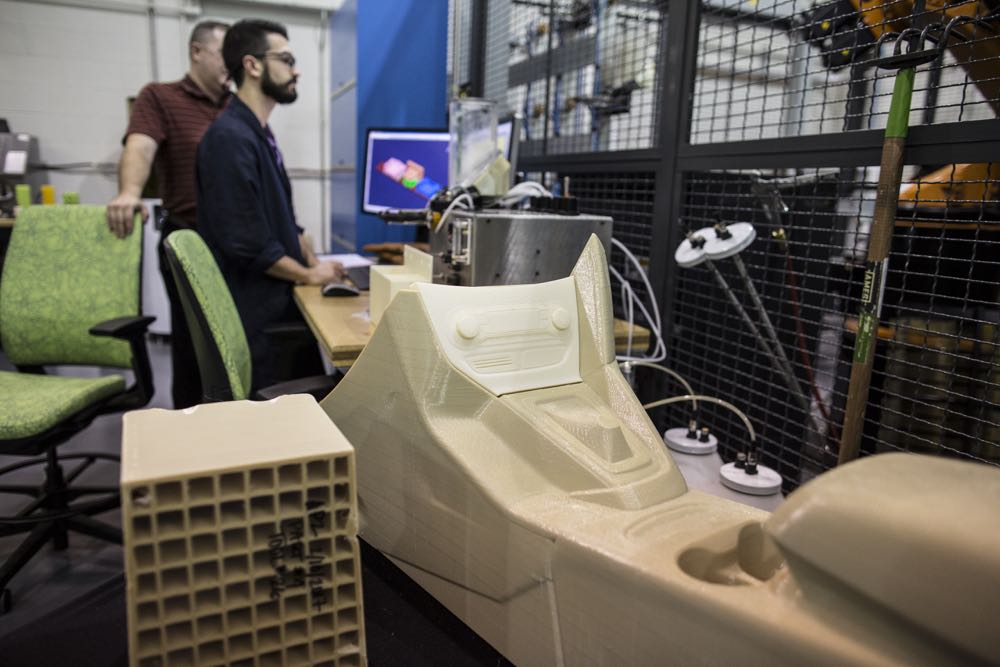 Usually a part the traditional way could take months for prototype tooling to be produced.

But with 3D printing the same part can produced at a lower cost in a couple of days.