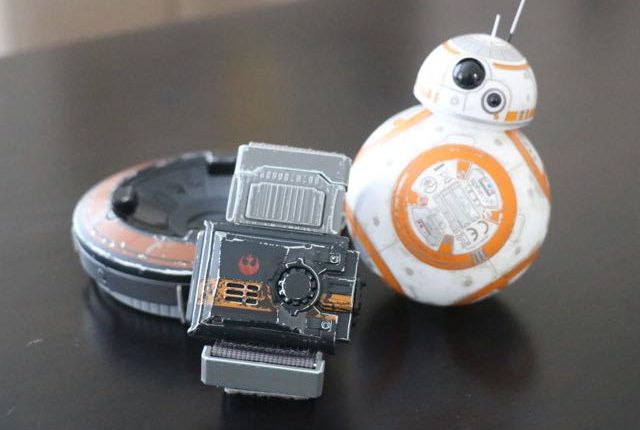 Every Star Wars fan has always dreamed of having the Force. But now Sphero has just released a wearable called the Force Band which is about as close as we’re going to get.

The Force Band can be used to control Sphero’s other hit product – the beloved BB8 droid from Star Wars: The Force Awakens.

Usually you can control BB8 using the companion app buy now you can wear the Force Band and use Force push, pull and drive to steer it around.

To celebrate the release of the Force Band, Sphero has also released a battle-worn version of BB8.

The Force Band will work with both versions of BB8 and tracks your arm motions to move the device forward, back and in multiple directions.

This new product is Sphero’s first move outside of app-enabled robots.

The Force Band is worn on your wrist and fits snugly with a magnetic clasp and it is paired to BB8 with a handy walkthrough in the ForceBand app.

It has a rugged look and has a selector button and speaker onboard.

Once paired, you only have to master three basic actions.

The first starts with your hand by your side and then raised to shoulder level with a pushing motion.

BB8 will come to life and burst forward and make some delightful sounds. 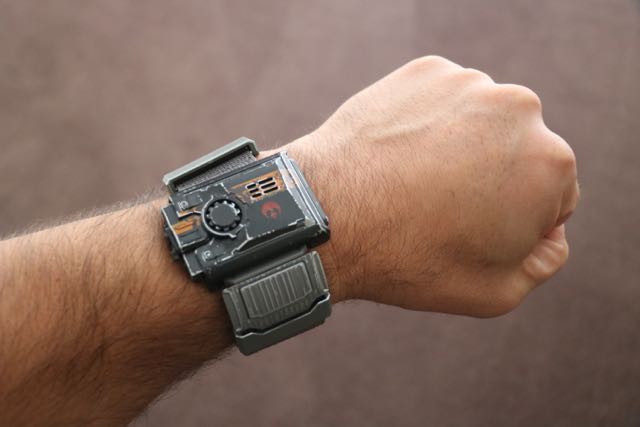 To bring BB8 back to you, just extend your arm, turn your hand over and bring it back towards your body.

And when BB8 is in motion, simply wave your arm to direct the little droid in that direction.

But that’s not all you can do with the Force Band.

You can get the hang of the Force Band with some training within the app where you steer a virtual BB8 through a maze of obstacles.

Sphero has also created a Pokemon Go-like mode of the game with Force Awareness mode where players wearing the Force Band in the real world can pick up holocrons.

If one is in your area you will receive a notification that there has been a “disturbance in the Force” and use the haptic feedback and light cues on the Force Band to pick it up and view it in the app.

And some of the holocrons caught in Force Awareness mode include virtual weapons like lightsabers and blasters.

These can be used in Combat Training where sounds effects of these weapons are played through the Force Band.

So now when users can swing an imaginative lightsaber or fly a pretend ship, the Force Band will provide the audio and haptic feedback to go with it.

The Force Band will be priced at $139.99 and go on sale in Australia on September 30 through JB Hi-Fi, Myer, Apple Stores and Harvey Norman.

Also available will be a special bundle of the battle-worn droid and the Force Band together for $349.99.