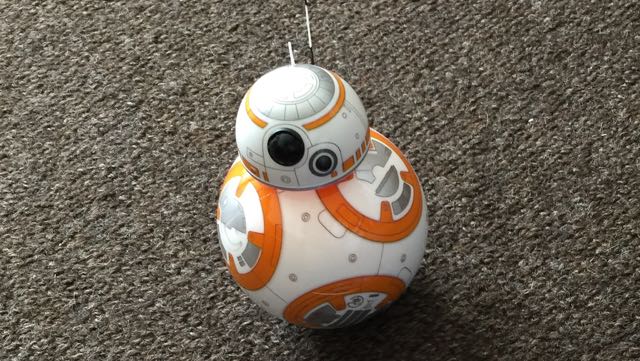 One of most popular new characters from the upcoming Star Wars: The Force Awakens film is sure to be the remarkable rolling BB8 droid and you can now own your very own working mini version.

We had a first look at the toy version which will be available in stores from today.

The technology for the actual working droid for the film and the toy – which is sure to be a hit with Star Wars fans in the lead-up to Christmas – was created by Sphero.

Sphero is the ball-shaped robot that can race around at impressive speeds and controlled using an app on your smartphone.

For the BB8 droid, not only was the ball recreated but an additional dome section that magically stays upright when it moves along. 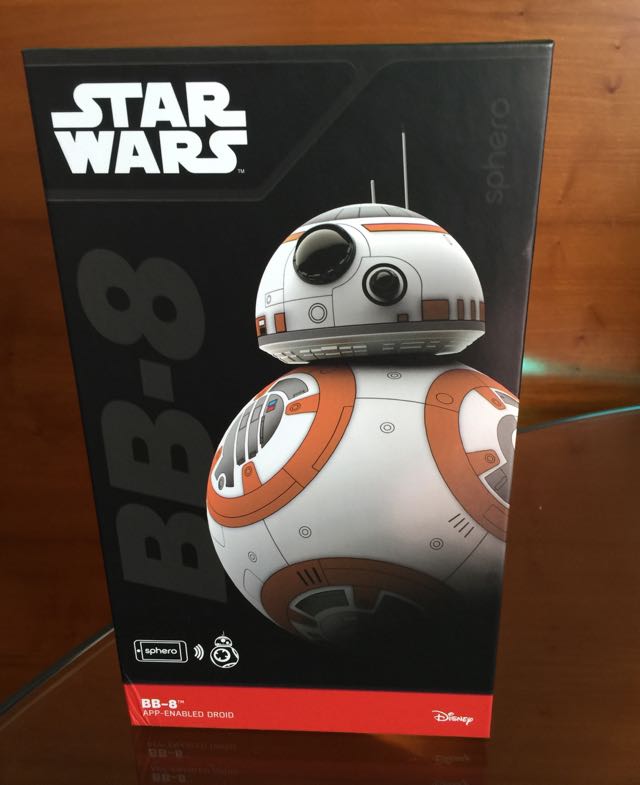 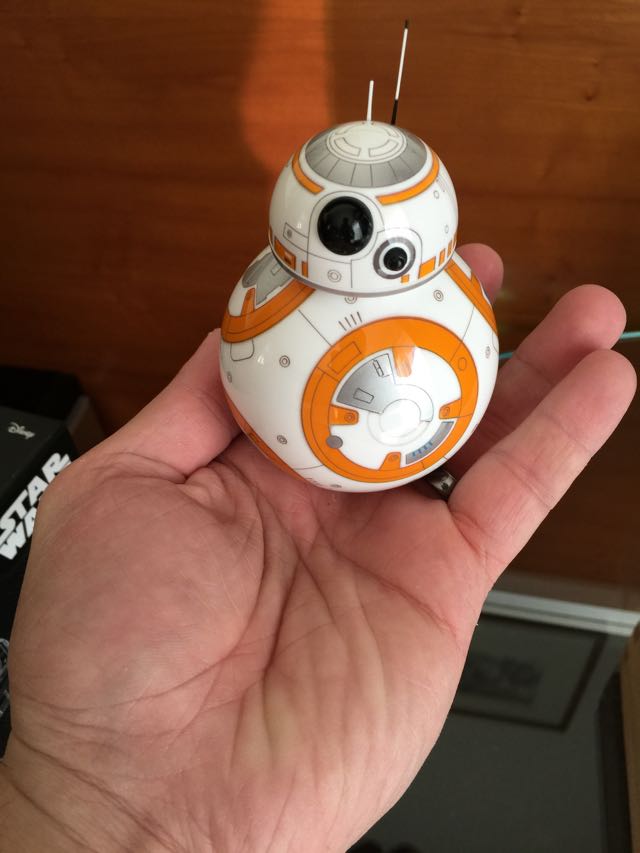 We took a first look at the new BB8 toy droid by Sphero which is made up of two parts – the ball and the dome.

The dome attached magnetically to the sphere-shaped body and has tiny rollers on the under side so it can stay on top of the ball as it moves. 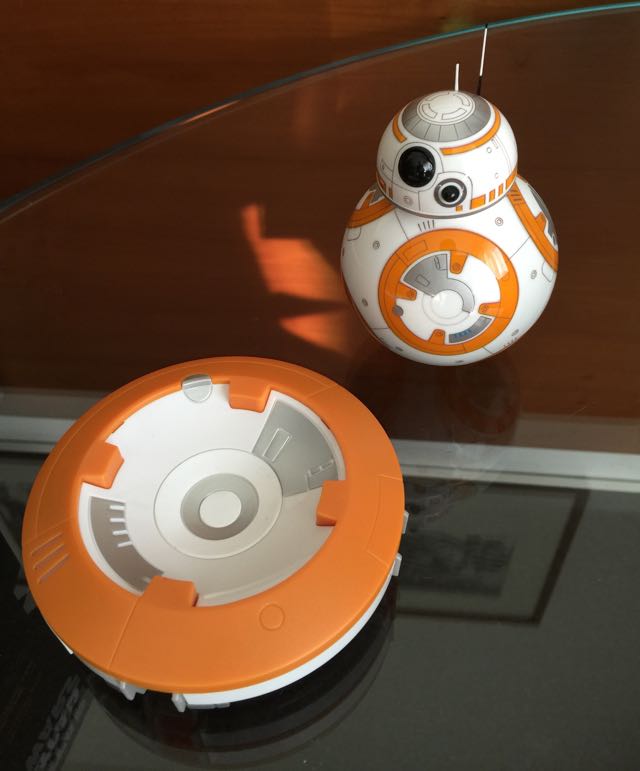 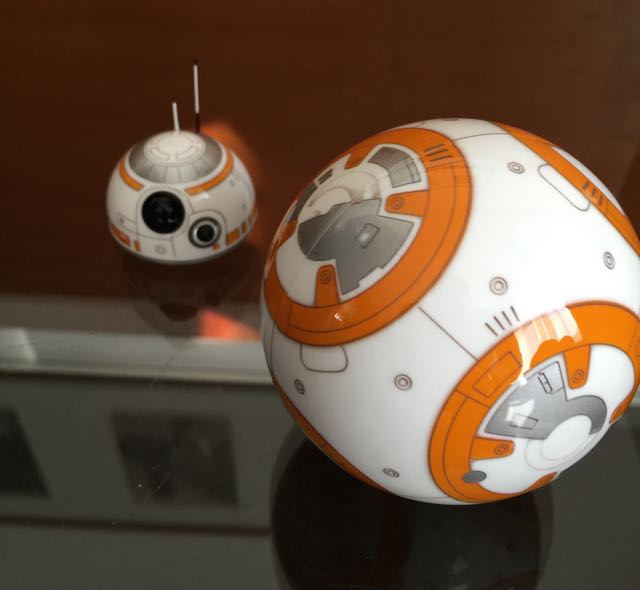 Also included with the BB8 is a charging stand that matches the colours of the robot and features the iconic Star Wars logo.

The app allows users to steer BB8 around the room as well as provide commands to make the droid shake its head, move off at speed and spin around. 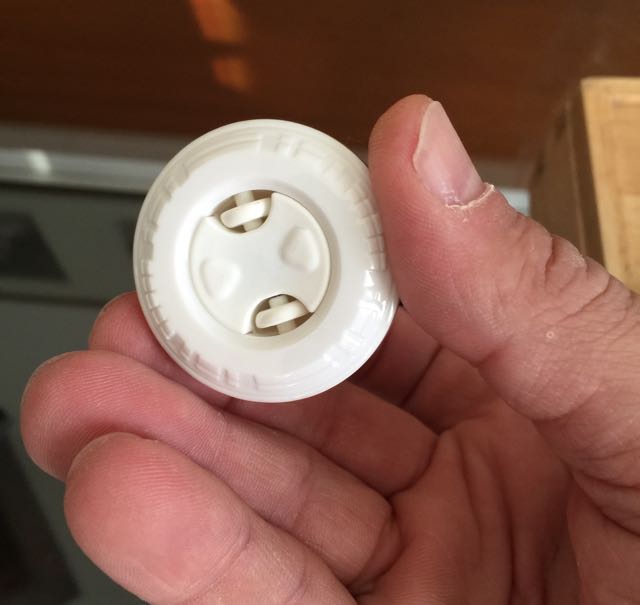 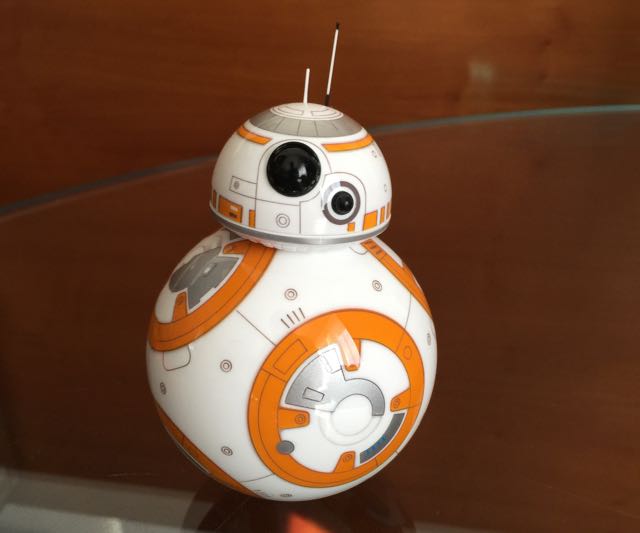 There’s also a patrol mode so the BB8 can wander around the room on its own and change directions when it hits an obstacle.

BB8 can even recognise and respond to your voice. 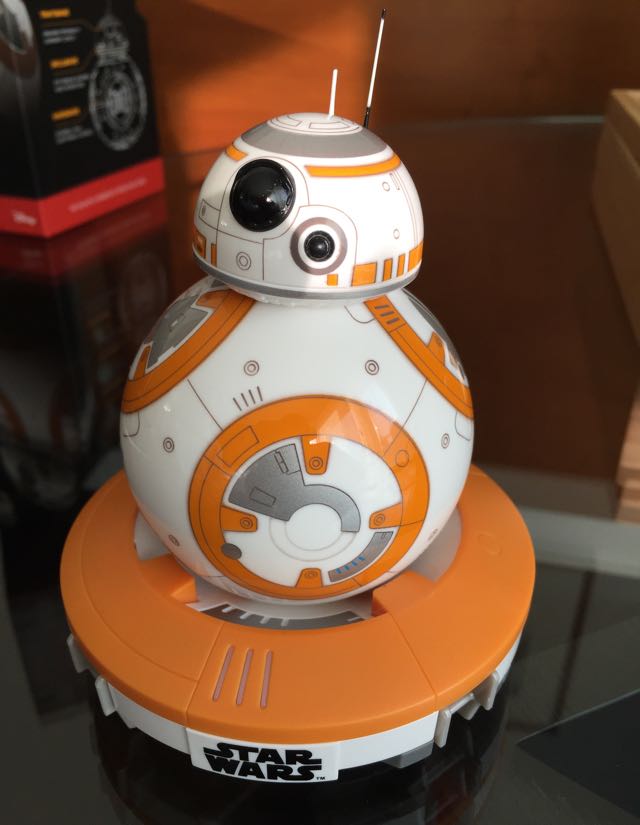 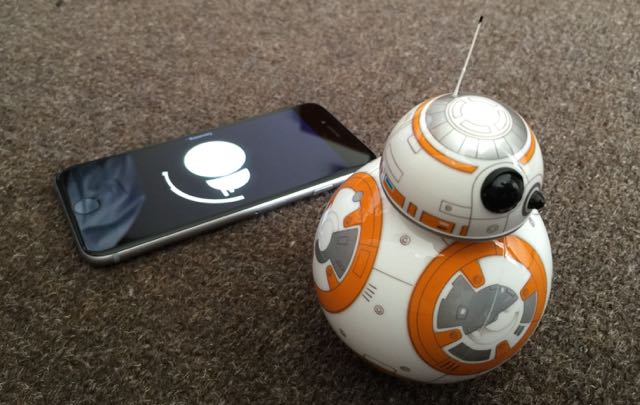 Another cool addition is the Holographic Communication feature so you can record and view virtual holographic videos that can be seen through the app.

The BB8 by Sphero is available now from JB Hi-Fi, Myer, Harvey Norman and Apple Stores. It is priced at $249. 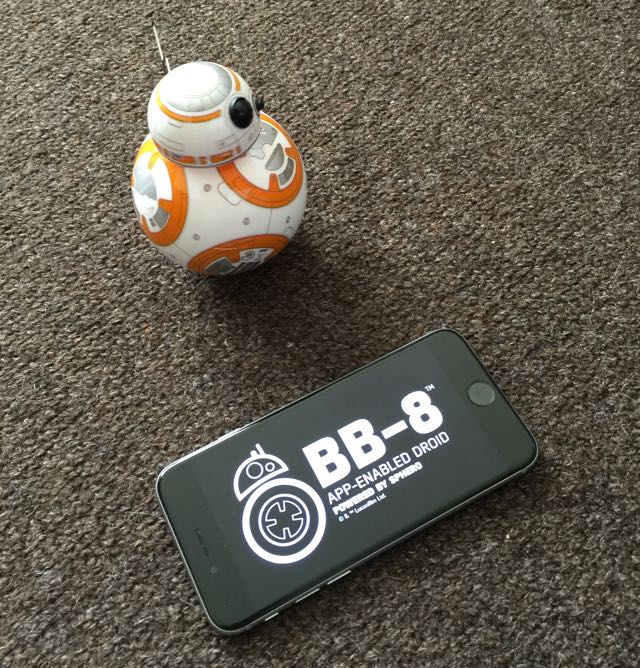 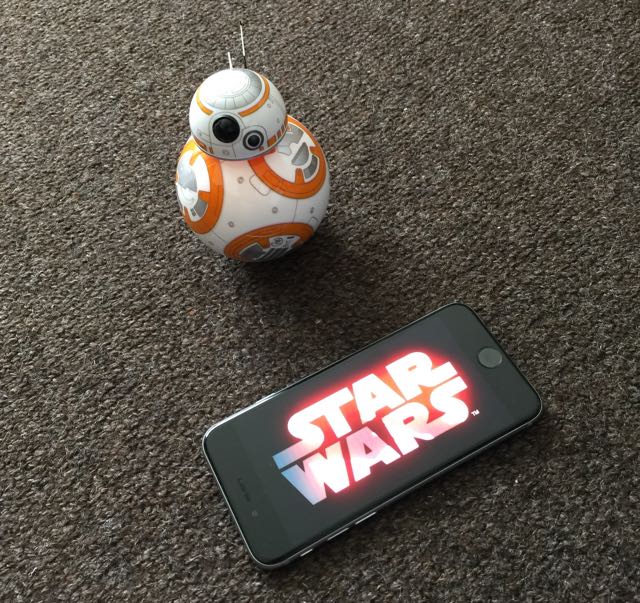 This is just one product in a massive wave of merchandise that that will precede the release of Star Wars Episode VII The Force Awakens on December 18.

One analyst predicts the revenue from Star Wars merchandise could be more than $7 billion in the first year.