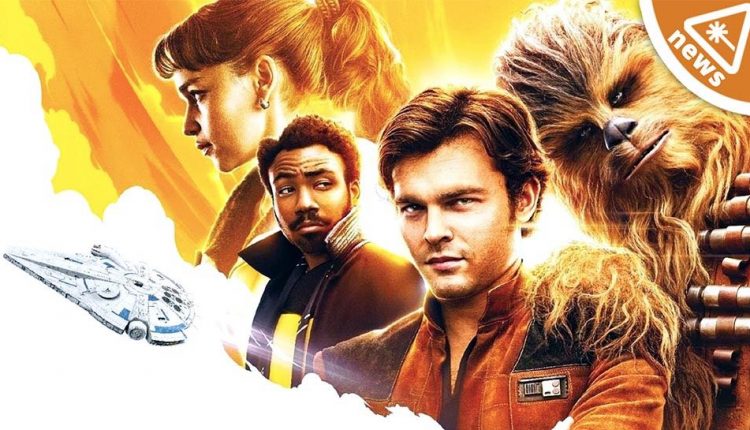 Solo: A Star Wars Story review – with NO SPOILERS

It might say “A Star Wars story” after the Solo title but this exciting, intriguing and clever tale could have been set in any universe and still been an exceptional movie.

The fact that it’s set in the Star Wars universe automatically makes it appealing to a legion of fans.

And also because the central character happens to be one of the most popular to be found in a galaxy far, far away.

Deftly directed by Ron Howard and with a solid, surprising and emotional script from Lawrence Kasdan and his son Jonathan, Solo can be described as a western, a heist movie and an action flick with plenty of laughs.

The title role of a young Han Solo is played brilliantly by Alden Ehrenreich with the right amount of swagger, humour and lovable scoundrel qualities.

This movie fills in the blanks in Solo’s back story in the years before we are introduced to him in the Cantina where he’s asked by Luke Skywalker and Obi-wan Kenobi for a lift to Alderaan.

Naturally all Star Wars fans will have their eyes peeled for any references and Easter eggs from the other Star Wars film.

Don’t worry – there are plenty for the keen observer. We think it’s worth repeated viewings to pick up even more.

Star Wars fans, you’ll be pleased to know all the boxes will be ticked for you.

Keep an ear out for the Kessel Run – this was mentioned in the original Star Wars film by Han Solo himself “you’ve never heard of the Millennium Falcon – she made the Kessel Run in less than 12 parsecs”.

You’ll learn a lot about Solo including how he became to be known as Solo, his first meeting with Chewbacca and, yes, you get to see him fly the Millennium Falcon.

No spoilers there – you could have seen all of that in the trailer.

But rest assured the movie moves along at a solid pace with some impressive action sequences and fantastic locations – and it all looks great.

Director Ron Howard really shows his mastery and creates tension and excitement throughout the movie while still allowing the audience to get to know the characters and appreciate their fascinating journey.

What we get to see in Solo is the explosive intersection of those journeys. 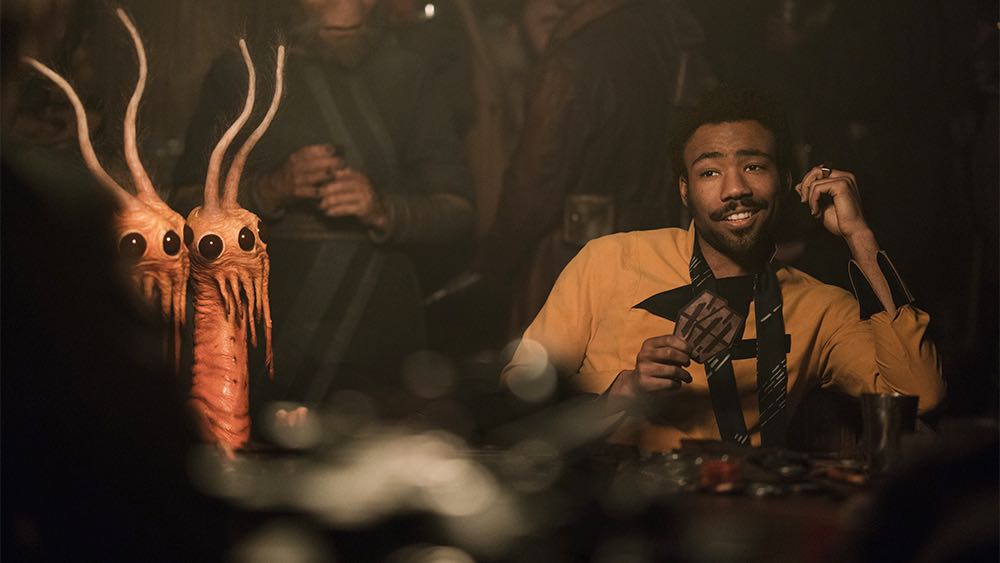 The storyline is straight-forward but there are still plenty of surprises and nods to the original trilogy and the prequel trilogy.

The non-spoiler description of the story would be Solo’s quest to be answerable to no-one but himself and along the way he gets carried off with a bunch of equally likeable rogues who have their eyes on the prize – in the form of a large score.

Our only criticism is the movie could have been a little shorter – it’s run time is two hours and 15 minutes so tightening a few scenes would have made it a little pacier, especially in the last act.

But that’s no deal breaker, it’s still a beautiful looking movie that shows a whole new side, and the underbelly, of the Star Wars universe.

What the offshoot Star Wars stories have is the freedom to blaze their own path.

And despite the fact there were some marks the Solo had to hit in this movie, there is still a freshness to the whole thing. And we wouldn’t be surprised if there is a sequel.

Solo is a fine addition to the collection of Star Wars movies and will be enjoyed by moviegoers no matter who much of a fan they are.

Take a look at the hottest VR games right now