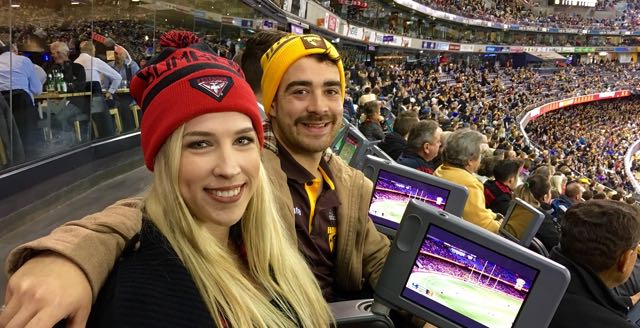 The fan experience will be going to the next level at Etihad Stadium with its new Medallion Club that will introduce Smart Seats with their own video screens to view replays and even tune in to other games.

The whole experience is provided by in-seat tablets provided by Samsung and connected through Telstra and is part of the next phase of the multi-million dollar connected stadium fit-out.

This latest upgrade will make Melbourne’s Etihad Stadium one of the most connected sporting arenas in the world.

The Medallion Club’s luxury Smart Seats were used for the first time in AFL Round 12 for the match between Essendon and Hawthorn on Friday June 10.

There will be more than 1000 Smart Seats during the 2016 season which will be equipped with the high definition tablets.

“Under our roof, the atmosphere is already fantastic but now we can offer fans a live match along with HD replay action, virtually in the palm of their hand,” said Etihad Stadium acting CEO Michael Green. 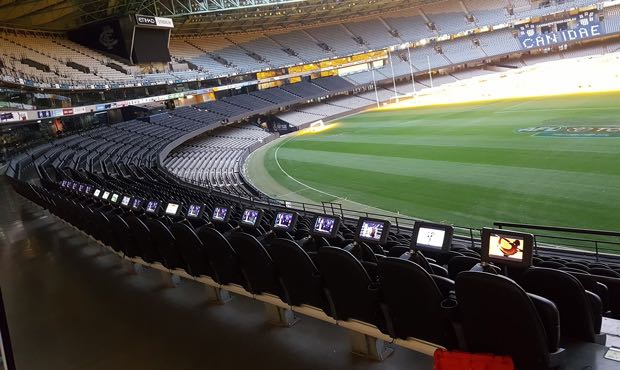 “We have canvassed the globe and looked at technology at some of the world’s great venues and ultimately in association with our partners Telstra and Samsung, we believe we have produced a global first product which takes the in stadium sports’ experience to another level.

“Etihad Stadium set its sights three years ago on becoming Australia’s most connected stadium and we feel this advancement puts us ahead of the game.”

The expectation for fans and how they want to connect at stadiums is changing according to Telstra business executive director David Coventry.

“Fans want to watch live sport but also be in touch with the outside world; keeping up to date with other sports, news and using social media. This, new game day technology, combined with Etihad Stadium’s free wi-fi will continue to enrich the fan experience,” Mr Coventry said. 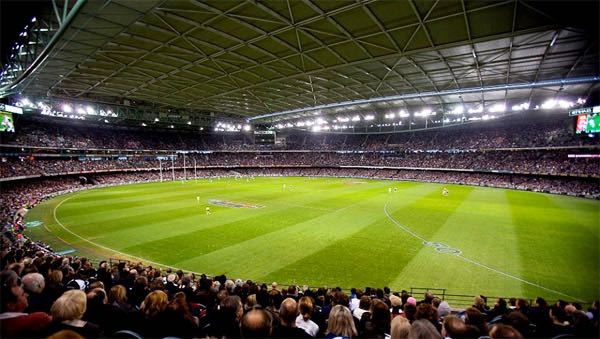 “This is an incredibly exciting collaboration for Samsung as it involves the creation of an entirely new way for Etihad Stadium guests to experience events using our premium Galaxy Tab S2 range of tablets,” said Danny Mandrides, Head of Mobility at Samsung Electronics Australia.

“The Smart Seat solution developed with Etihad Stadium and Telstra involves the creation of an ecosystem of hardware, applications, and software security to support a rich visual experience directly from the stadium seat.”

Fans will have access to all Fox Sports and free-to-air channels along with Sky Racing plus a broadcast of the game they are watching and the scoreboard feed.