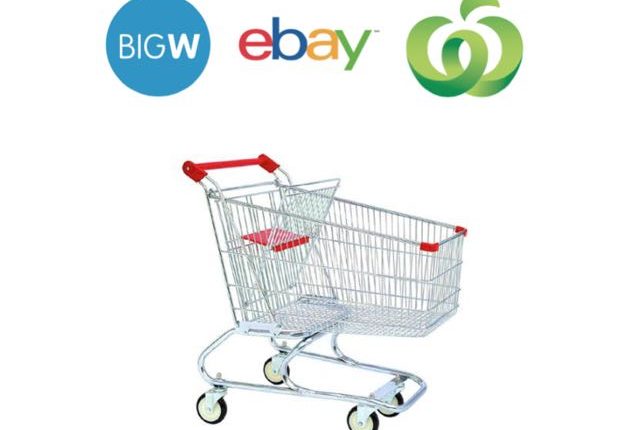 eBay and Woolworths have today announced a partnership to allow eBay buyers to pick up their online purchases at their nearest Woolworths and Big W stores.

The new “click and collect” service comes after eBay research revealed that 47 per cent of eBay shoppers were not permitted to receive personal deliveries at work.

Nearly a quarter (23 per cent) have taken a day off or worked from home so they could receive their online delivery while almost half (49 per cent) re-direct their delivery because they are at work.

It was for this reason eBay and Woolworths joined forces to give shoppers a convenient way to receive their delivery – their nearest Woolworths or Big W store.

Customers who decide to direct their eBay purchases to a Woolworths or Big W store will receive a code and must present that in the store to collect their items.

They will also be able to track their delivery and receive a notification when it arrives at their chosen store.

A similar partnership with eBay UK and the Argos chain of stores has proven to be a huge success.

The service will initially launch in Sydney and Tasmania before spreading out to the rest of the nation.

In fact, 91 per cent of all Australians live within 10km of a Woolworths or Big W store.

Today more than 50 per cent of Australians are shopping online and eBay alone attracts more than 8 million unique visitors a month.

And 61 per cent of all eBay shoppers said they are likely to use an easier delivery service with 38 per cent saying a supermarket would be the best place to pick up their goods.

“As it continues to expand, the traditional retail model is evolving and the lines between online and offline blurring.

“The new service creates a brand new avenue for our sellers, driving traffic and encouraging a rise in sales that could change the face of businesses all over the country.”

eBay sees the partnership as an opportunity for sellers who have set up businesses on the popular online store to take advantage of an existing national network of physical stores to make it easier for their existing and future customers.