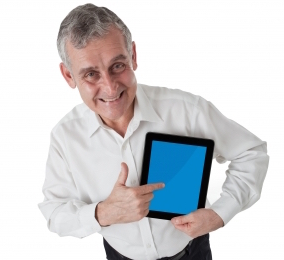 AVG, the online security company for more than 188 million active users, surveyed 608 Australians aged 50 and over about their tech products and the way they use them.

But for more than half of the respondents (53 per cent) said they feel patronised while 56 per cent said they felt like they were being talked down to when they ask for help from tech companies.

And this level of dissatisfaction is far higher in Australia than any other countries that took part in the study.

Of the Australian respondents, 73 per cent consider themselves technologically literate with 48 per cent of boomers and seniors revealing their connected devices are critical to their lifestyles.

The study also provided a snapshot of the devices used by the over 50s. Here are the devices they own:

Older Australians are among the greatest users of wearable products at 6 per cent which is much higher than other regions.

And we’re also pretty savvy with 78 per cent using apps on our smartphones with banking (57 per cent) and social apps (46 per cent) the most popular.

Two out of three older Australians use Facebook to keep in touch while 48 per cent opted for Skype.

Security was also a concern and 62 per cent were worried about the safety of their data and files.