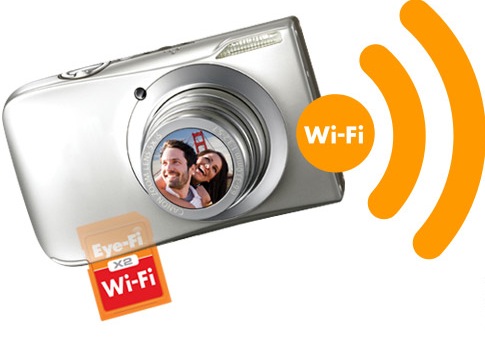 Eye-Fi – the world’s first wireless SDHC memory card – is now available in Australia to make sharing and organising your photos even easier.

The new X2 series, which looks like a regular SD memory card, has built wi-fi and can be used to store images but also have the added intelligence to share both pictures and videos to your computer, tablet or smartphone.

Eye-Fi has native apps for iPhone, iPad and Android as well as desktop apps for Mac and Windows users.

And images can be shared directly to other devices even outside of wi-fi networks by creating your own wireless link between the card and a computer, smartphone or tablet.

And when you are within a wi-fi network, images can also be shared to up to 25 printing and sharing sites like Flickr and Picasa automatically.

There is also an Endless Memory option which means users can set their preferences to free up card space after their images are wirelessly and safely transferred to their computer.

This removes the hassle of having to delete pictures from the memory card to make room for your latest images.

The X2 cards have the high Class 6 performance for faster read/write speeds and bring the convenience of wi-fi to any camera, including the one you already own.

Using the X2, photographers can upload their photos and videos instantly from their camera as they are taken.

It is ideal for photographers in the field who want to streamline their workload and save time with automatic wireless transfer as they are taking their images and videos rather than spending excessive amounts of time at the end of their shoot manually transferring their shots and clips.

The images are also organised efficiently into individual folders on your computer in date-based folders so you’ll always know exactly where to find your photographs.

This handy feature means you no longer need to fish around for a cable to upload your photos to your computer.

The Eye-Fi X2 memory card can also transfer the images from your camera to your smartphone or tablet to allow you share these higher quality pictures on social networking sites.

Tech Guide took advantage of this feature at the State of Origin in Melbourne last week.

We captured the atmosphere of the occasion a lot better with a Panasonic FZ150, with its 24x optical zoom, than we could with the camera on the iPhone 4S.

But thanks to the Eye-Fi card we were able to wirelessly transfer the better images from the FZ150 to the iPhone 4S and then share them on Facebook.

Without the Eye-Fi card we would have had to transfer these images with a cable to a laptop and then connect our iPhone with another cable to upload them before being able to share them.