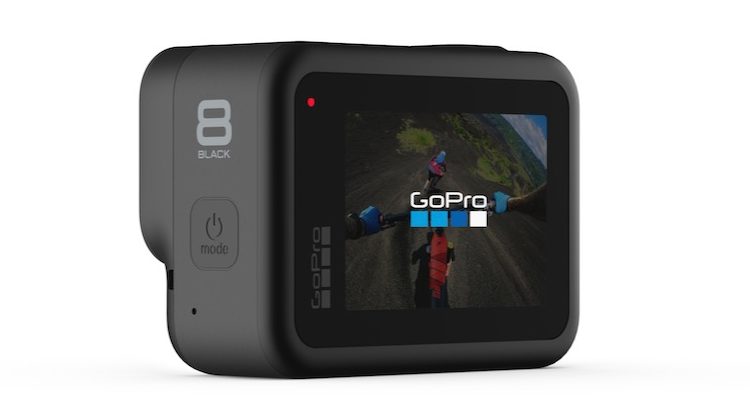 One can only wonder how much you can change the GoPro in a single year? The is a whole lot as a matter of fact when you take a look at the brand-new GoPro Hero8 Black POV action camera.

And the company has also come up with a range of modular accessories (mods) that makes the GoPro camera a compelling device for vloggers and creators.

These include a Media Mod, Light Mod and a Display Mod.

There are plenty of differences between the new GoPro Hero 8 and last year’s model on the inside and the outside.

On the design side, the GoPro Hero8 Black has a slightly sleeker look with a lens that doesn’t extend from the body as much as last year’s camera. You can really see the difference.

This makes the device even easier to carry and slip into your pocket.

Underneath there are now folding fingers that can be used to attach a mount but that can then be folded away if you need to rest the camera on a surface. 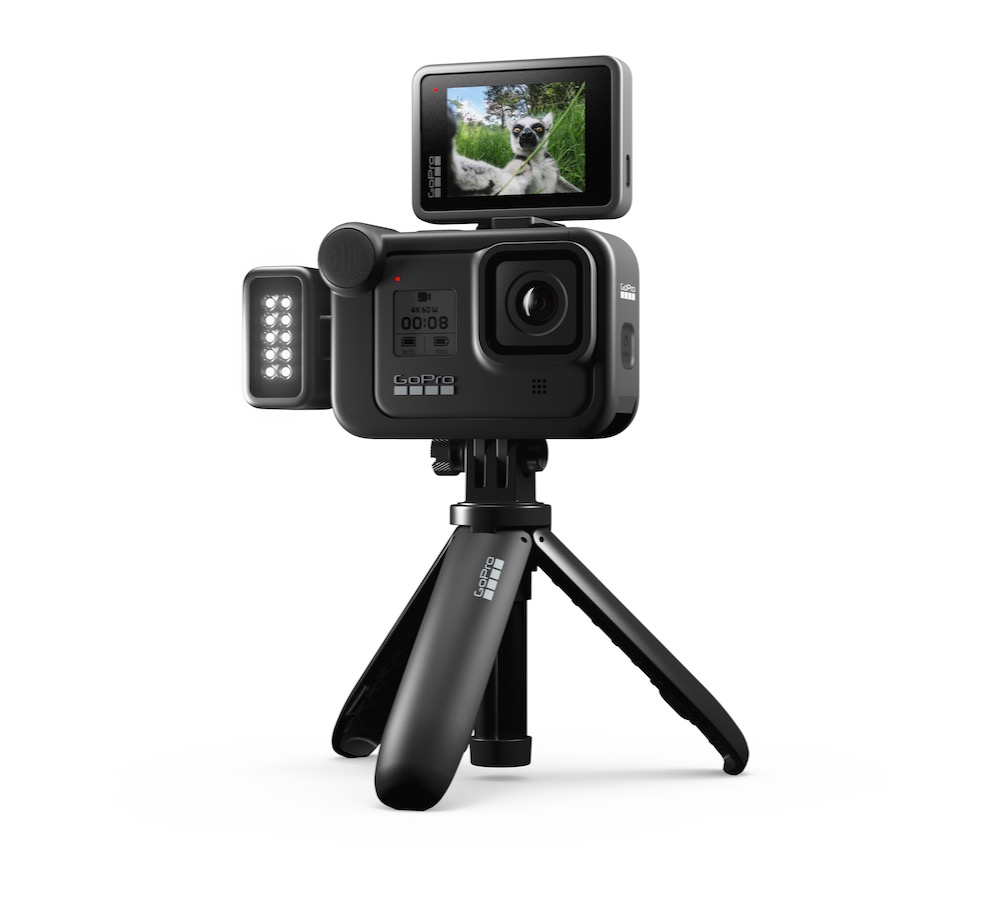 GoPro Hero8 Black can shoot 4K video at up to 60 frames per second and can capture 12-megapixel stills.

It is made of the usual tough materials and, of course, it is waterproof to a depth of 10m.

The GoPro has maintained its simplicity but still puts a number of new features are your fingertips.

These include Hypersmooth 2.0 for even greater stabilisation and TimeWarp 2.0 which can adjust speed based on motion. 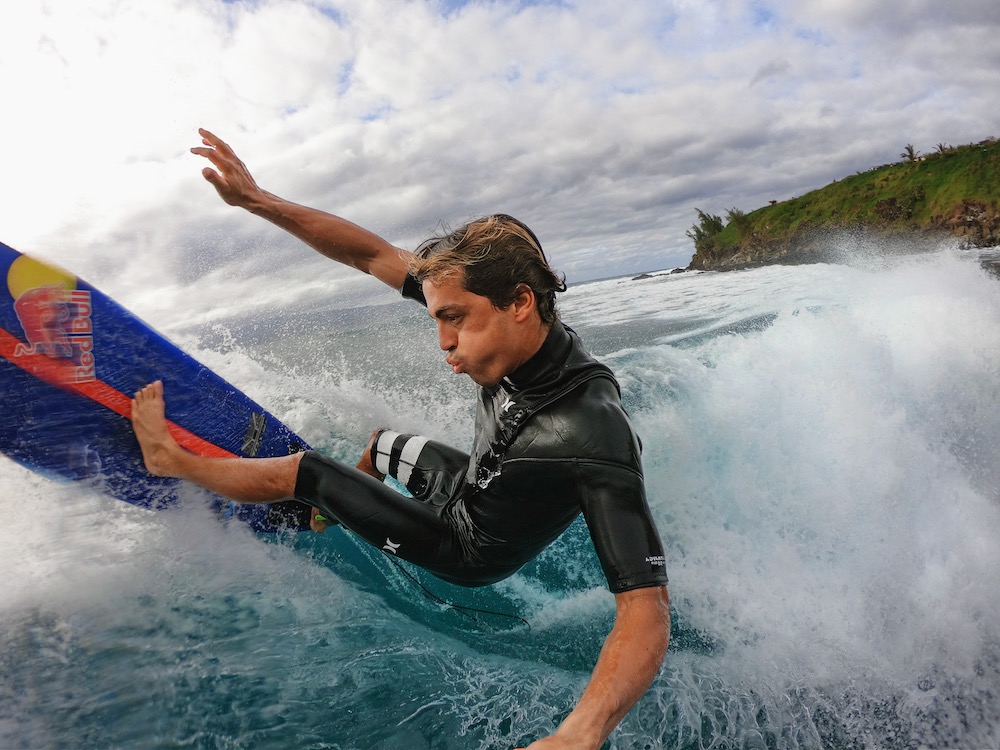 Also on board is HDR (high dynamic range) to make your photos and videos look even better with reduced below and even more detail in the lighter and darker parts of the image.

Audio recording quality has also been improved thanks to a new front mic placement that gives the GoPro Hero8 Black it’s best audio even outdoors and in high wind situations.

GoPro Hero8 Black also has new capture presets so is really easy to dive in and frame up your photos and videos.

Presets include standard, activity, cinematic and slo mo these take the guesswork out of your video set up.

To make shooting even less confusing the menu now includes four views for the digital lenses to come up with the best option to capture whatever you’re doing or the scene before you.

There is super view, wide, linear and narrow which allows the user to go from ultrawide to capture scenery and really narrow to capture close-ups and people.

The new modular accessories can take your GoPro camera game to the next level. 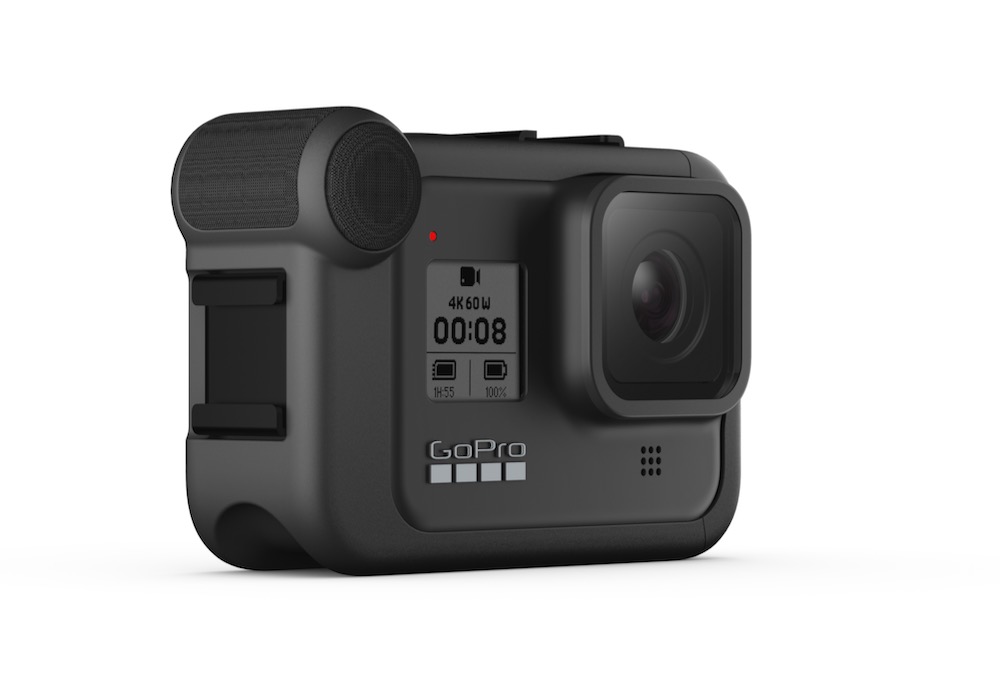 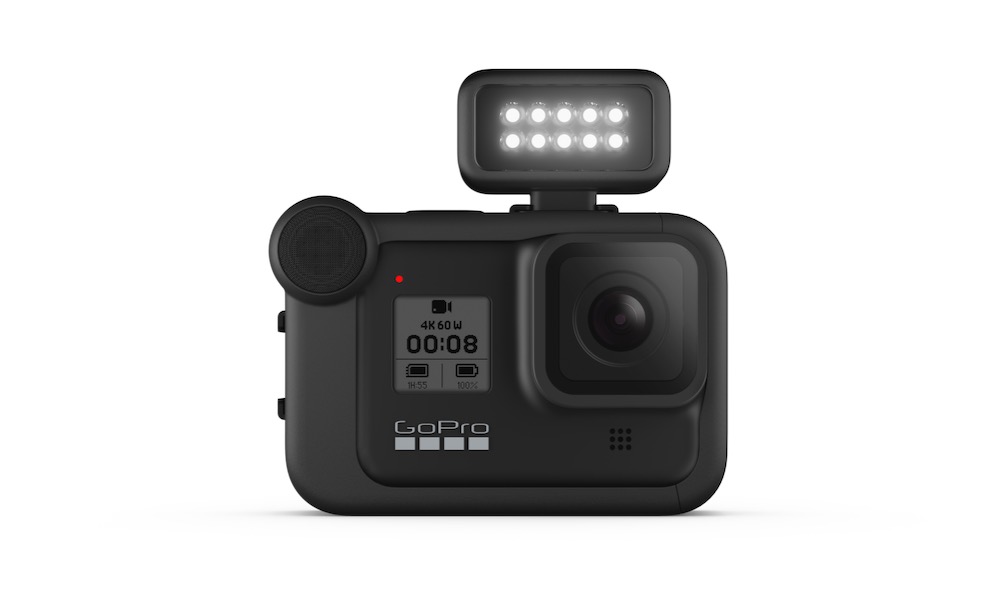 The Light Mod ($84.95) offers 200 lumens brightness to improve your lighting and attaches directly to the cold shoe on the Media Mod or to an existing GoPro mount. 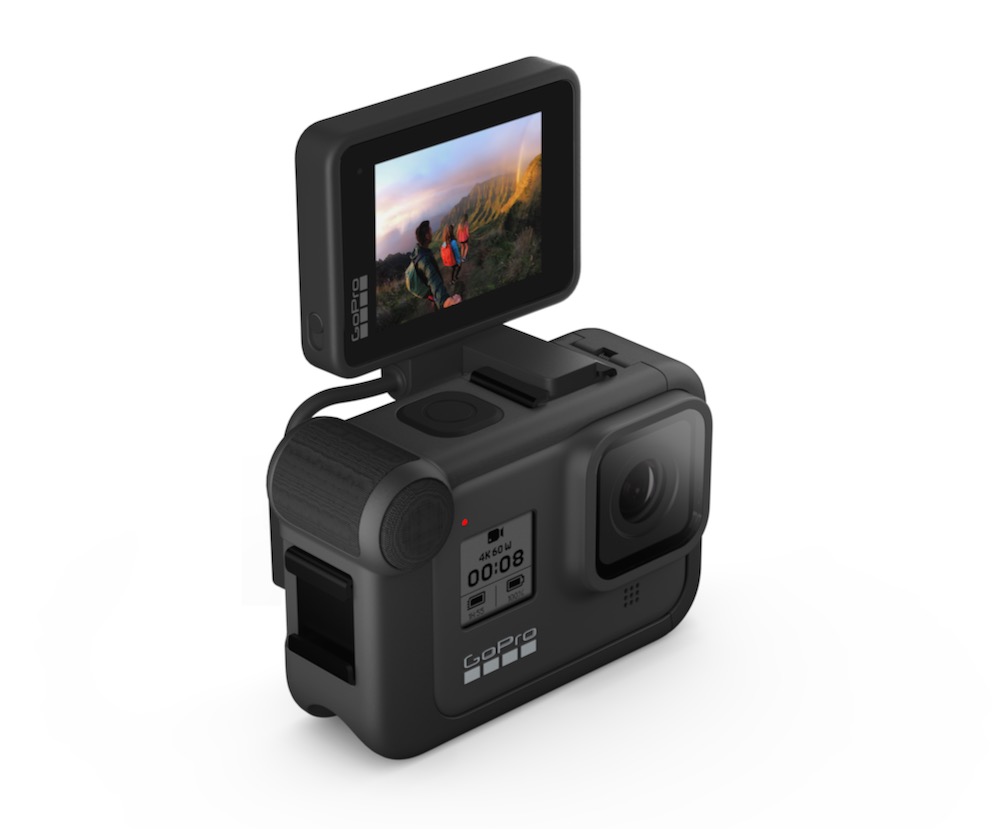 The Display Mod ($139.95) is a fold up screen that allows the user to see themselves in action and frame up their shots but then folded down for easy storage.

And the GoPro software has also been improved and now incorporates the Quik app into the main app.

The app now provides more themes and filters for your edits, more text creativity in music, and improve user interface and horizon levelling which can dramatically smooth out your videos.

Users can also add non-GoPro photos or videos into the app as well.

GoPro Plus is a subscription service that offers unlimited cloud storage of your footage at its original quality.

You can choose to upload photos and videos from your GoPro to the cloud automatic.

And if a GoPro Plus member breaks their camera – GoPro will replace it – no questions asked. 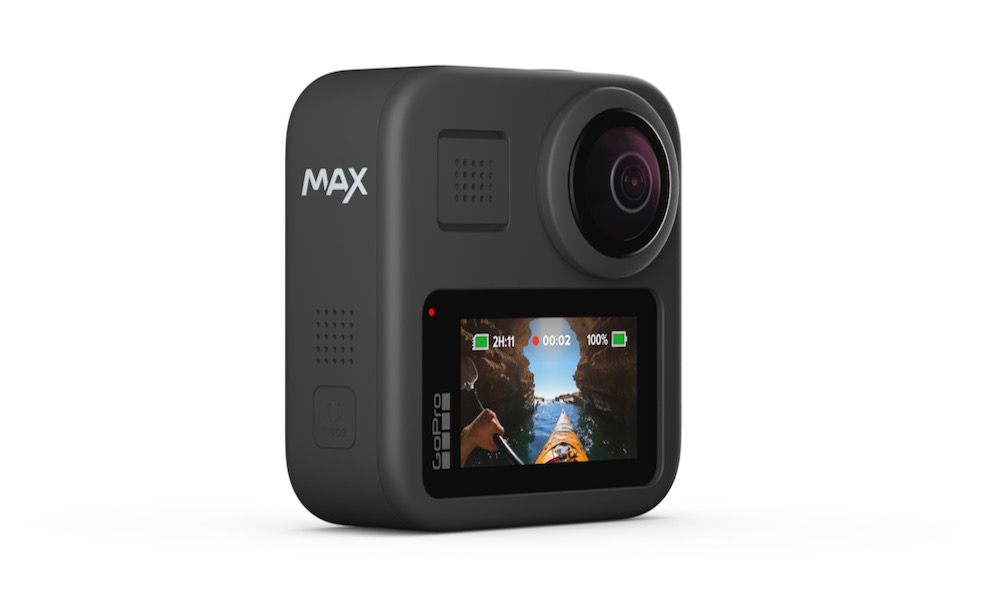 GoPro Max has two lenses and can be used as a regular GoPro Hero action camera as well as a 360-degree camera.

It has a front touchscreen so you can see what you shooting as well as built-in mounting that can fold away.

Also on board is Max Hypersmooth to really take the shakes out of your videos on the widest lens ever used on a GoPro camera.

Users can also come up with creative TimeWarp effects that you can easily manipulate in postproduction.

It can also take 16-megapixel 360-degree photos and stunning panoramas. 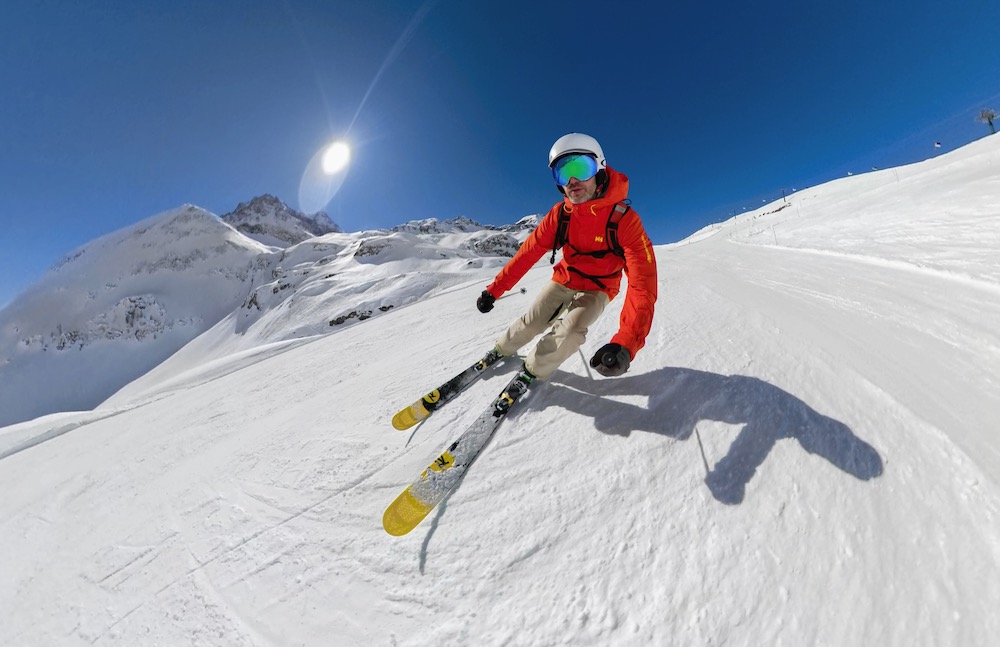 And with six microphones, you can only capture 360-degree video but also 360-degree audio as well.

Mods will be available for pre-order at GoPro.com in December.