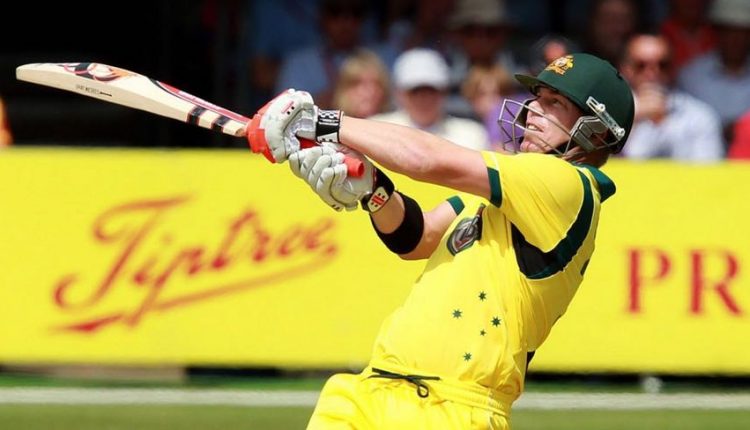 Cricket superstar David Warner has become the first Australian batsman to use the new BatSense technology introduced by Intel for the ICC Champions Trophy.

BatSense is a small device developed by Intel that fits on top of the handle of a regular cricket bat so it can measure data including maximum bat speed, bat speed impact, back lift angle, time to impact, impact angle and follow through angle.

Warner opened the batting for Australia in its first 2017 ICC Champions Trophy match against New Zealand in Edgbaston in Birmingham.

The data from his bat sensor was used during the live telecast of the match. He was dismissed for 18.

New Zealand batted first and opener Luke Ronchi also used the sensor with is bat speed displayed during the coverage before he was caught for 65.

The rain-interrupted match was later abandoned after a downpour ended play.

Intel’s drone was also used to conduct the pitch inspection with an infrared camera and that was also used by the ICC Champions Trophy broadcast with the pitch judged to be more of a seaming wicket.

Atul Srivastava, founder and managing director of Specular – the company Intel partnered with to develop BatSense – said David Warner was extremely interested in the technology from the outset.

“I discovered a new side to David Warner – he was very interested in technology,” Mr Srivastava told Tech Guide.

“David said he hadn’t seen anything like this and wanted to be involved with the development of the product.

“He told me “my bat is my sword but I don’t have anything that’s telling me how I’m using my sword”.”

BatSense can record even the smallest movements of the bat while the batsman is playing a shot.

Specular’s Srivastava said the device can be used by batsmen of all skill levels.

“If a batsman is in a slump, BatSense can help them find the problem,” he said.

“And if they identify the problem then it’s easier to fix it.”

BatSense and Intel’s Pitch Inspection Drone will continue to be used during the 2017 ICC Champion’s Trophy.