Just how satisfied are you with your internet connection? Not very satisfied at all if the Choice internet satisfaction survey of Australian customers is anything to go by with Telstra performing poorly in the results.

A staggering 62 per cent of Australians had issues with their Internet service provider.

The Choice survey found 81 per cent of people who had a problem said it was due to speed and reliability issues.

For customers on ADSL/ADSL2, ADSL 2+ and cable, 83 per cent said their biggest gripes were speed, connections and varying performance.

And just being on the NBN doesn’t mean you’re not affected by these issues with 76 per cent of NBN customers experiencing problems with slow speeds and disconnections. 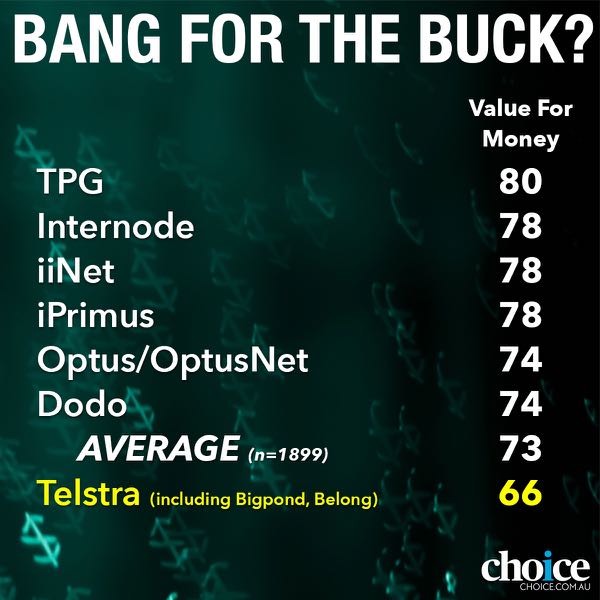 As part of the survey, Choice ranked the Internet service providers for overall satisfaction.

Internode topped the list with 81 followed by iiNet on 78 and iPrimus on 75. 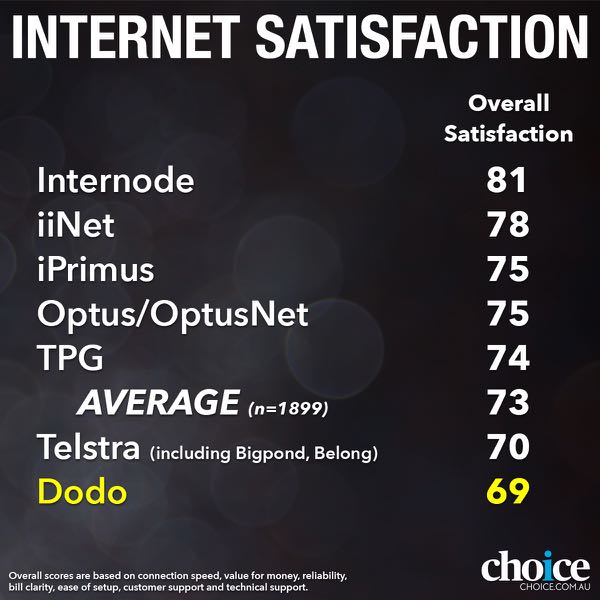 The highest ranking major ISP was Optus with a score of 75 followed by TPG on 74.

Telstra was way down the list with a score of 70, only one point ahead of Dodo on 69.

Telstra scored its lowest rating for value for money at 66 while customer support and technical support both ranked at 69.

Dodo’s lowest score of 67 was for its connection speed with customer support scoring a 66 and technical support a 67.

“To make matters worse, some of the slowest providers also scored poorly when it comes to value for money and customer and technical support,” says Mr Kirkland. 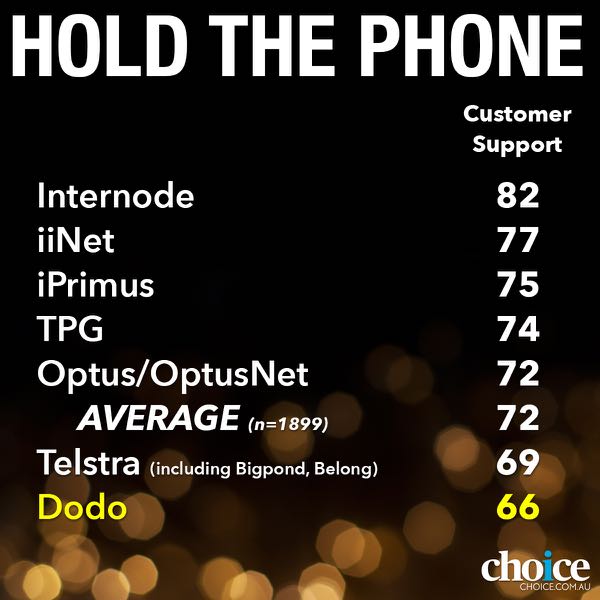 “Telstra’s poor ranking on value for money is not surprising given Choice’s investigation last year, which found consumers paid up to a 92 per cent price premium to access Telstra’s network.

“Although some higher cost telcos point to the value of their offer coming from an array of bundled extras, like content or a landline phone, our research found bundled services were the least important factor for selecting an internet service provider.

“With so many Australians experiencing issues with their internet service, we want to get to the bottom of speed issues to make sure people can expect to get what they pay for.

“In line with this, we have joined forces with technology testing company Enex TestLab to gather information on actual broadband speeds experienced by consumers across the country.”