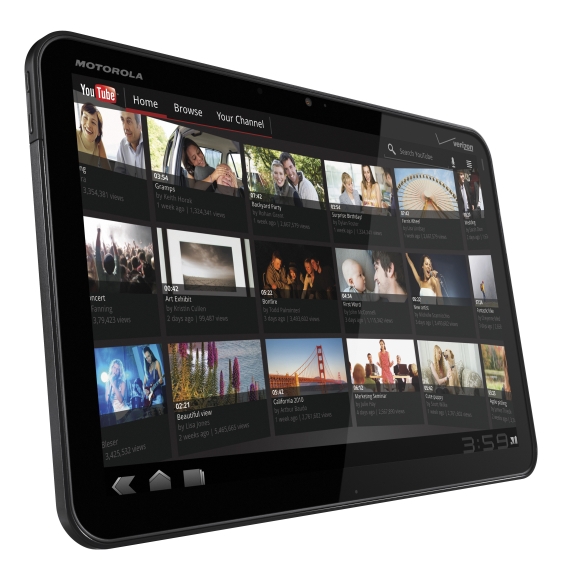 Telstra to launch Motorola XOOM tablet in May

XOOM on NEXT G

Motorola’s popular XOOM tablet will be launched in Australia next month on the Telstra Next G network.

Already released to good reviews in the US, the Motorola XOOM has a 10.1-inch high definition screen, 32GB of internal memory and 1GB RAM.

There’s also a 1GB dual-core processor on board plus a 2 megapixel front and 5 megapixel rear facing camera.

And being connected to Telstra’s fast and reliable Next G network the XOOM will also allow users to stay connected when they are out and about.

Users will also have access to more than 150,000 apps from the Android Market and enjoy a full web browsing experience complete with Flash compatibility.

“It brings together beautifully integrated services like Gmail and YouTube, a world of Android apps and an interface that’s easy for our customers to personalise with apps, shortcuts and widgets.”

Motorola Mobility managing director Timo Brouwer says the XOOM has been designed with the user in mind.

“It provides more ways to have fun, connect with friends and be productive while on the go,” he said.

“Whether surfing the Web, watching the latest hit movie as it was intended or video-chatting with friends, Motorola XOOM will delight customers with its ease of use, speed and vivid graphics, as well as its Motorola Smart Accessories.”

The Motorola XOOM can support up to 10 hours of video playback and can be fully recharged in three and a half hours.

Pricing on the Motorola XOOM has not been announced and will be revealed closer to launch date.