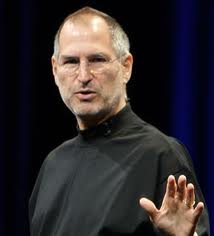 Apple CEO Steve Jobs, currently on medical leave, has been spotted outside the Stanford Cancer Centre and has “weeks to live”, according to a US tabloid.

But despite reports of his ill health, the Apple boss reportedly completed a full day’s work at Apple’s campus recently and will meet US president Barack Obama tomorrow.

Jobs, 55, announced he was taking a medical leave of absence three weeks ago for the second time in two years. The visionary CEO was also treated for pancreatic cancer in 2004 and also underwent a liver transplant in 2009.

The National Enquirer published photos of a “skeletal” Jobs outside the Stanford Cancer Centre and showed the pictures to a critical care physician Dr Samuel Jacobson.

“Judging from the photos (said to be taken on February 8), he is close to terminal. I would say he has six weeks,” Jacobson told The National Enquirer.

It should be noted that Jacobson has never examined Jobs physically and is merely speculating about his condition just by looking at The National Enquirer photographs.

The Enquirer also made the same drive-by diagnosis about Patrick Swayze and the Dirty Dancing star was still alive a year later.

Jobs was also seen at the Apple campus recently after a full day’s work.