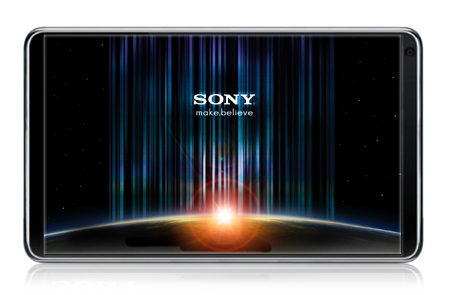 If you think of all the big companies who are creating tablets there is one that has yet to make a move – Sony.

But it seems the electronics giant is rumoured to be finally entering this growing market.

Codenamed “S1”, the device will run the Android operating system and, like the Sony Ericsson Xperia Play unveiled this week, will be PlayStation certified.

According to Engadget, the device will have PlayStation games preloaded and, as you can see from Engadget’s mock-up, will have a unique design which is meant to resemble a folded paperback.

This design will provide an easy way to angle the touchscreen display at a comfortable angle for typing and viewing content.

The screen will be 9.4-inches which puts the S1 right up against Apple’s iPad in terms of size and with a resolution of 1280 x 800 pixels.

It will also have front and rear cameras and no physical buttons apart from a power button and volume controls.

The engineering behind the product include contributions from across the Sony business including Vaio (PCs), Bravia (TVs), Sony Ericsson (mobiles), PlayStation (gaming) and eReader.

If you already own a Sony Bravia TV the S1 will also act as a media remote and interact with your Sony PlayStation.

Sony has launched Qriosity – an iTunes-like online service to access music, video and ebooks –  in the US and Europe and there are suggestions the S1 tablet will also include a direct link to the service to make it even easier for users to access that content.

According to Endgadget’s report, we can expect to see the Sony S1 tablet in September.

How travellers can save big money off mobile bills