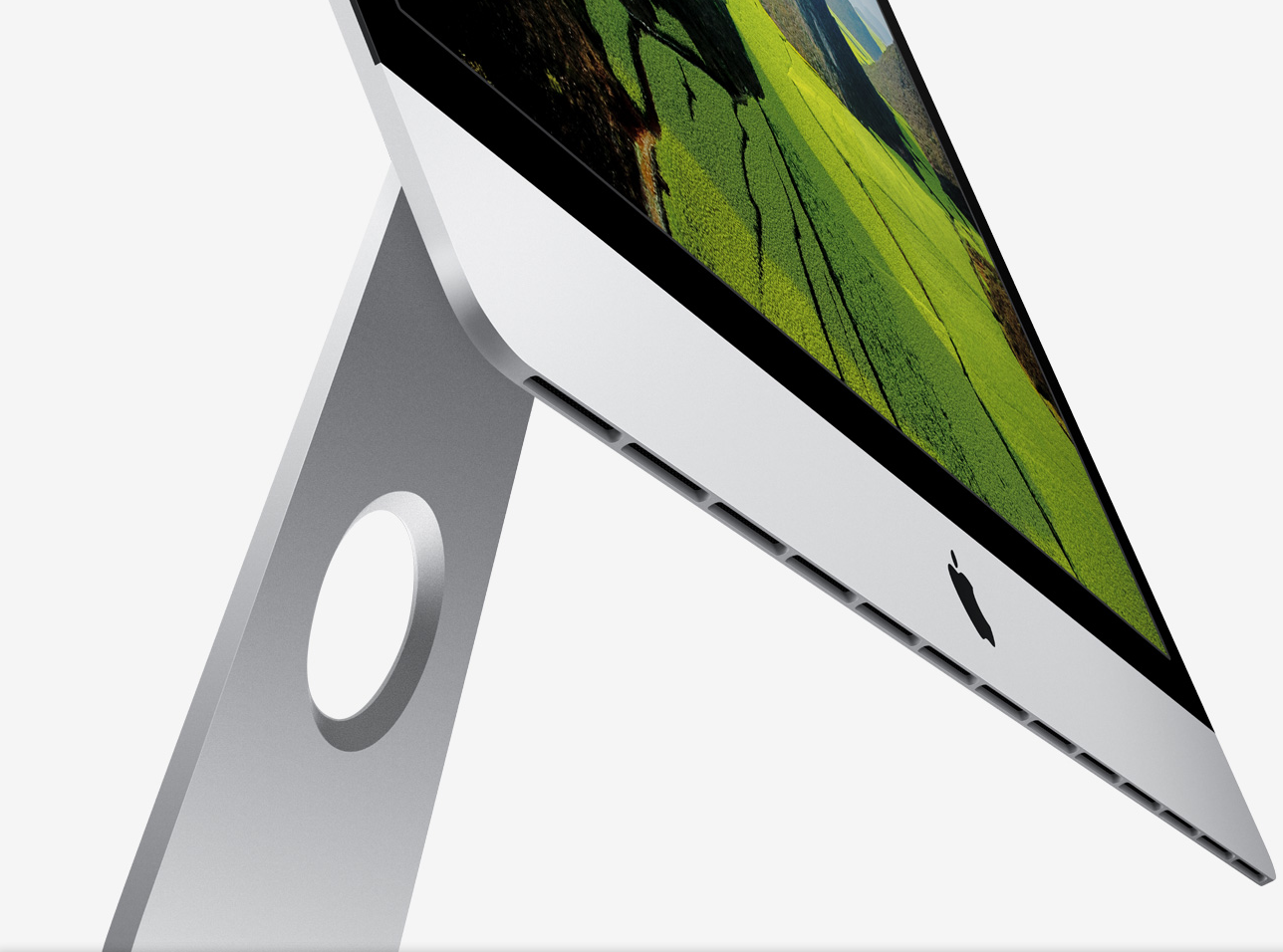 Apple has given the iMac desktop computer a radical makeover and now features an almost impossibly thin design plus all-new display technology.

The 13-inch MacBook Pro has also inherited the pin-sharp Retina Display seen on the 15-inch model which was introduced earlier this year.

The iMac was unveiled at the Apple event at the California Theatre in San Jose along with the iPad Mini.

The new Apple desktop computer has an edge of just 5mm and 40 per cent less volume.

Apple has really raised the bar in the design department and at first glance the iMac looks like a shadow of its former self.

Around the back, the iMac rear panel curves outward to joint which attaches the desktop stand.

To accomplish this svelte design Apple had to go back to the drawing board and even had to come up with a new welding technique to keep the aluminium enclosure so small and precise.

The display has also been re-invented and now has 75 per cent less reflection thanks to a process called plasma deposition which doesn’t compromise the colour and brightness of the screen.

Also onboard the iMac is a new Fusion Drive which combines the faster solid state drive (SSD) memory and a regular hard disk drive.

On the faster SSD portion of the memory will be the operating system and other often-used applications for lightning fast operation.

One thing you won’t find with the new iMac is a DVD optical drive. Apple’s external Superdrive can be connected to the iMac if you still need to run DVDs.

The SD card slot has also been repositioned from the side of the iMac to the rear panel near the input slots.

The iMac come in 21.5-inch and 27-inch models with 2.7Ghz to 3.2Ghz quad core i5 processors with the option of upgrading to an i7 processor.

The new 13-inch MacBook Pro with Retina Display has a resolution of 2560 x 1600 giving it twice as many pixels as a full high definition TV.

One way this 13-inch MacBook Pro with Retina Display has shed its size and weight is by doing away with the optical DVD drive.

The 13-inch MacBook Pro with Retina Display features a 2.5Ghz dual core processor and is available now. It is priced from $1,899.