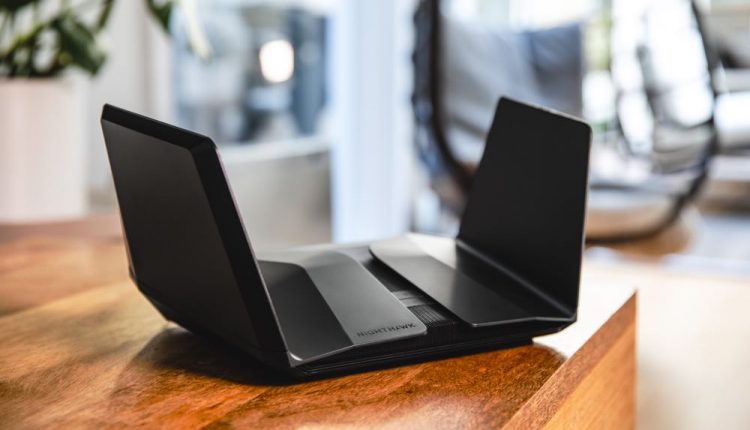 Netgear has released its latest range of next-generation Wi-Fi 6 routers which offer speeds four times faster than previous models and the capacity to support up to 12 uninterrupted streams at once.

These are designed for the modern household which has an increasing number of connected devices and even greater demand on bandwidth when streaming video and audio and playing online games.

On top of that, more and more customers are adopting smart products and Internet of Things (IoT) devices like security cameras, smart speakers and appliances.

Telsyte data reveals the average Australian home has 17 connected devices operating at any one time.

Wi-Fi 6 (802.11ax) is the latest standard of wi-fi and offers four times better performance than the previous Wi-Fi 5 which was also known as 802.11ac.

This helps reduce congestion in a household by offering greater bandwidth.

Overall Wi-Fi 6 will boost your home network’s capacity and reliability and offer uninterrupted speed, performance and capacity in your home or office.

These new Netgear Wi-Fi 6 routers will also improve the quality of the connection for each device by reducing the interference between them.

The result is a reduction in lag or buffering during online gameplay or when streaming 4K video.

A number of new smartphones, including the Samsung Galaxy S10, and laptops were introduced earlier in the year that are Wi-Fi 6 compatible and that industry support will continue as the transition to Wi-Fi 6 ramps up.

Wi-Fi 6 works on both the 2.4GHz and 5GHz bands and is also backwards compatible with previous generations of wi-fi so all the devices can still connect to the network.

“It is now with great pleasure that we introduce this new family based on the latest wi-fi standard, which is destined to make enormous changes to how people utilize the wireless networking technology.

“Wi-Fi 6 is the most significant change to the wi-fi standard in over six years.

“With the technology’s increased capacity and thus the capability to connect simultaneously with multiple client devices, Wi-Fi 6 will make the world of Internet of Things much more sustainable due to the expansive bandwidth it will deliver to a network.”

Has combined Wi-Fi speeds up to 3Gbps and an AX optimised dual-core processor that can power smart home automation, buffer-free 4K UHD streaming and online gaming.

Also onboard are powerful amplifiers for improved network coverage for medium size homes.

The Nighthawk AX8 8-Stream AX6000 Wi-Fi Router provides combined wi-fi speeds up to 6Gbps with an award-winning design recognised by both Red Dot and iF Design awards.

Multi-Gig Internet also enables customers to get more than one Gbps of internet through aggregation.

At the top of the line is the 12-stream router which delivers combined Wi-Fi speeds up to 6Gbps. It has an AX optimised 64bit 2.2GHz Quad-core processor and an award-winning design.

Users can enjoy uninterrupted streaming of 4K video with the capacity to even stream 8K as well.

This is the only router with eight streams on 5GHz so customers can enjoy improved range and reliability with all devices and the built-in 5Gbps Multi-Gig Ethernet provides powerful connectivity options.

If you’re worried about how your child is treated online, you’re not alone