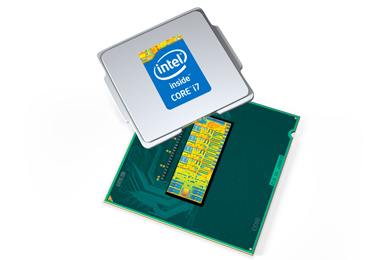 Intel has introduced its 4th Generation Intel Core processor that will power the next generation of ultrabooks and hybrid PCs while providing up to 50 per cent more battery life.

The new chip was created with the vision of the changing computer landscape in mind especially with the rise in popularity of the new 2-in-1 devices that can be a tablet one minute and then a laptop the next.

With the much lower power levels – as low as 6 watts – for the new processor, Intel is also allowing designers to come up with even thinner and lighter models that are quieter and so cool they don’t require internal fans.

Some of the latest products coming to market in 2013 with the Intel 4th Generation Intel Core processor onboard will enjoy up to nine hours of active use – the largest generation to generation improvement in Intel’s history.

Another benefit of the new Intel chip is the improved graphics performance.

Users will be able enjoy a computing experience that’s twice as fast as before with the new Intel 4th Generation Intel Core processor.

The system will also be able to wake up eight times faster and edit HD video 20 times faster than a similar four-year-old computer.

“Today we deliver on the vision set forth 2 years ago to reinvent the laptop with the introduction of our 4th generation Intel Core processors that were designed from the ground up for the Ultrabook and serve as the foundation for a new era of 2-in-1 computing,” said Intel executive vice president Tom Kilroy.

“We made one of the most seismic changes to our roadmap ever to build these new Core processors that deliver the stunning performance of the PC and the mobility of a tablet in one device. The new processors power the most exciting 2-in-1 designs to-date.”