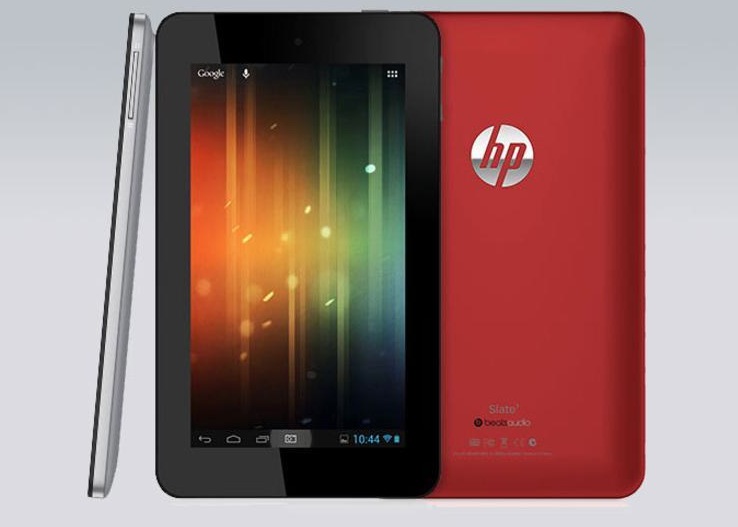 HP has re-entered the tablet market, less than two years after pulling out of the category, with the Slate 7 – an aggressively priced 7-inch Android device.

Priced at $199 and available in Australia in April, the HP Slate 7 has a stainless steel frame and weighs just 370g.

It is also the world’s first tablet to offer embedded Beats Audio technology which is usually found aboard HTC smartphones.

HP’s first offering in the tablet space came in August 2011 with the TouchPad running its very own webOS software.

But barely a few days after its official release in Australia, the company announced it would be discontinuing the 9.7-inch device despite mostly favourable reviews.

The new HP Slate 7 is powered by an ARM dual core Cortex A9 1.6Ghz processor and includes a 3-megapixel camera on the back and a VGA front-facing camera for video chats.

Also on board is the HP ePrint app to allow users to print directly from the device.

There is 8GB of internal storage as well as a microSD card slot to expand memory even further.

On the connectivity side there is a microUSB port to easily transfer files on and off the HP Slate 7.

The previous webOS software that ran on the old HP TouchPad has actually been purchased by LG with a view to using it on its smart TVs.

LG’s investment in this software platform is significant and, while the company has confirmed it will be used on its smart TV, there might also be outside chance the operating system might find itself onboard a smartphone.

HP’s Slate 7 will be available in April and will be priced at $199.

New One Direction headphones in hot demand by fans