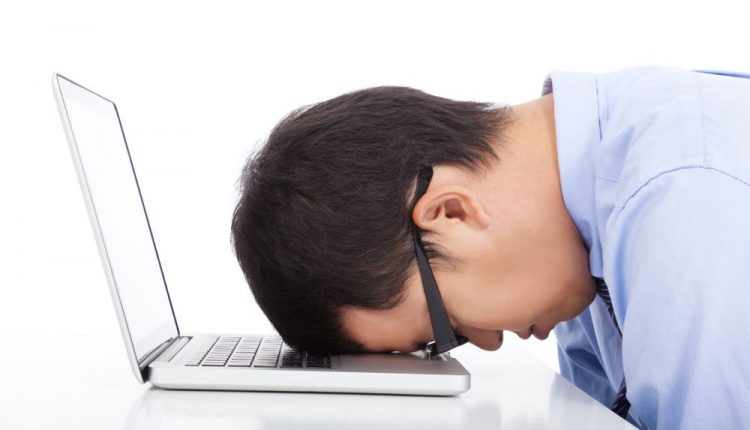 Has your computer slowed down? Here’s how you can fix it

Has your computer started to slow down? Is it not as responsive as it used to be? Are things taking longer to load? The good news is you probably don’t need a new computer and it won’t cost you much to fix it.

Crucial, the storage and memory company, has a solution to speed up your slow computer once again.

The other thing that can slow you down is a virus or malware but if you’re running internet security software, the chances are your computer is clean.

So that means you just need to add more memory and an SSD (solid-state drive).

“The manufacturers did this to keep costs down, but as a result, you’re probably not getting optimal performance.

“Increasing or maxing out your RAM is easy, inexpensive, and delivers increased performance whether your computer is new or old.”

And you’ll be pleased to know, it doesn’t take advanced computer skills to do the work.

It’s easy and can be done in a few minutes and you’ll instantly see results.

Memory is what your computer uses to get things done whether it is opening an application, moving your mouse or typing on the keyboard.

And the more memory you have more resources your computer can use.

Storage is different. This is the area inside your computer where you keep your files and all your other data.

When your computer needs to access those files it calls on the storage to supply it.

If you have an older computer, your storage is probably a hard disk which spins at high speed to allow data to be read and written.

To speed up your computer you can start by adding memory which is also known as RAM (random access memory) or DRAM.

Memory is like money – you can never have too much and it just makes life easier.

After adding more memory, you should notice files and applications opening faster.

You’ll also be able to have more applications open at the same time and move between them even faster.

“If your computer is expected to last three or four years, and you can afford to buy a new one whenever it slows down, more power to you,” Mortenson says.

“But for the many people who can’t, dealing with a slow computer is a nagging problem that seemingly has no easy solution.

“However, there is one – upgrading your computer’s memory is a simple and cost-effective way to get a faster computer and extend its life.”

When it comes to storage, SSDs outperform hard drives like a Ferrari would outperform a go-cart.

Accessing information from an SSD is super-fast – on average it six times faster than a hard drive.

The reason for SSD speed is because you’re accessing data from flash memory chips rather than an outdated spinning platter.

SSD storage not only operates at faster speeds but also uses less power.

And because there are virtually no moving parts, they are less prone to failure.

“SSDs beat hard drives in all phases of the performance game. Comparing a hard drive to an SSD is like comparing a horse-drawn carriage to a car,” Mortenson said.

“The difference is that real, and it’s transforming everything in the computer industry.”

Crucial is a global brand of Micron Technology and offers award-winning solid-state drives (SSD) and DRAM and are available through leading retail, online, commercial resellers and your local computer store.

Start your weekend with Episode 365 of Two Blokes Talking Tech