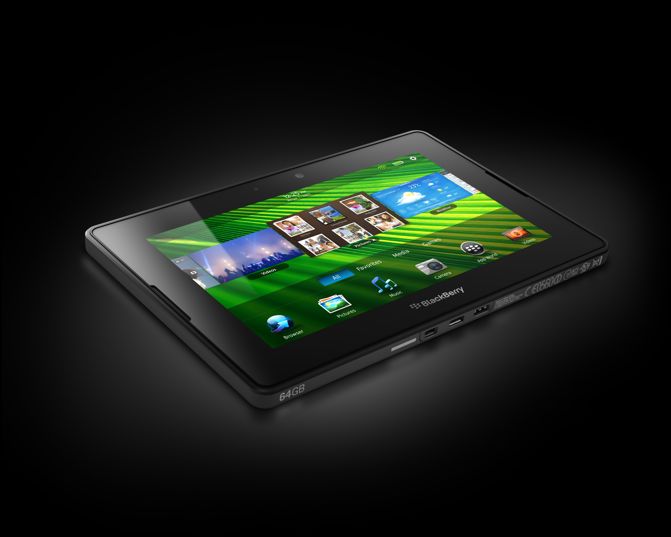 One of the most highly-anticipated tablet releases of the year is the BlackBerry Playbook. We gave it a test drive.

With so many tablets being released this year it’s going to be hard to stand out from the crowd.

One device that will emerge from the pack is BlackBerry’s PlayBook device.

Tech Guide was given a hands-on session with the product which will be released in the US on April 19 and in Australia before the end of June.

Its size makes it easy to carry around – if you’re wearing a suit it will fit in the jacket pocket.

When people think of BlackBerry they often think of its place in the corporate world. BlackBerry devices have been deployed in some of the world’s largest companies.

The great news is that the BlackBerry PlayBook will appeal to both corporate and general users.

BlackBerry was quick to point out the PlayBook is a professional grade tablet which is backed up by the specifications – 1Ghz dual core processor, 1GB RAM, symmetric multi-processing.

And while that all looks good on paper it was apparent from the moment we got our hands on it that the PlayBook was a serious device.

The speed was apparent – apps opened and closed instantly and the system was very responsive.

But the real test for the processor was multi-tasking. Now while many other tablets, including the iPad, boast multi-tasking, the PlayBook demonstrated this fact dramatically.

We were able to run a high definition video, play a game and have the browser all running at the same time.

And with the ability to scroll all of the open applications we were able to see the video and game still running simultaneously along with the browser.

The user interface is similar than that used on the latest BlackBerry devices with apps being able to be viewed as a whole or in groups.

Gesture controls make it easier to open and close apps and access the settings.

The most common is an upward sweep from the bottom of the bezel which places the app inside a smaller window with the other open apps.

A sweep from the right side to the left also puts the app in a larger active line of apps while a flick towards the top of the screen closes down the app.

Apps are going to be a big part of the success of the BlackBerry PlayBook and the number of BlackBerry apps are growing day by day.

But BlackBerry has cleverly made it also compatible with Android apps using a type of on-board emulator.

With so many apps to choose from between the BlackBerry and Android app markets it’s going to eventually challenge Apple’s App Store for size and choice.

While the PlayBook offers many functions regular consumers will enjoy – games, videos, music, apps, web browsing it will also be attractive to the enterprise market.

The PlayBook will only be available in the wi-fi version available at launch but existing BlackBerry users can link – or bridge – their device via Bluetooth to the tablet.

This then creates a bigger and easier way for users to view their mail, contacts and calendars securely on the PlayBook’s 7-inch screen.

The second that Bluetooth connection is severed the PlayBook retains none of the secure information displayed on the screen via the connected BlackBerry handset.

A connected BlackBerry handset can also act as a tethered modem and provide a 3G connection outside regular wi-fi areas.

Companies with existing BlackBerry Enterprise Servers can easily include the PlayBook within their secure networks.

There are two cameras on board the BlackBerry Playbook – a 3 megapixel front facing camera and a 5 megapixel rear camera which is also capable of capturing full high definition 1080p video.

The device has HDMI and micro USB ports.

With the strength of the Australian dollar at the moment we can hope for similar pricing.

Even after a brief time using the BlackBerry PlayBook the speed and performance are quite obvious.

The device is equally at home as a work horse, entertainment device or plaything and will appeal to a wide cross section of users.