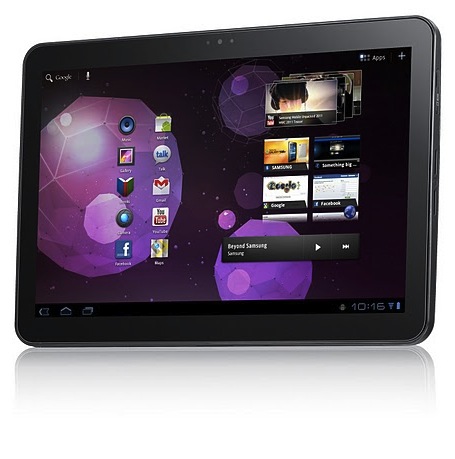 Samsung Galaxy Tab 10.1 tablet will finally go on sale in Australia next week after Apple’s bid to have it banned was rejected today in the Federal Court.

The legal battle has been raging since October with Apple initially winning an injunction to have the Samsung device banned citing patent infringements.

The Samsung Galaxy Tab 10.1 will be available at Harvey Norman, JB Hi-Fi, The Good Guys, Myer, Bing Lee and Officeworks.

Samsung released a statement which read: “As the High Court has today rejected Apple’s leave to appeal, Samsung Electronics Australia is pleased to announce the highly anticipated Samsung Galaxy Tab 10.1 will be available in stores in time for the Christmas shopping period.

“Samsung Electronics Australia is pleased with today’s judgment by the High Court of Australia to deny Apple’s request to appeal the decision of the Full Court.

“The Full Court of Australia decision on November 30 clearly affirmed our view that Apple’s claims lack merit and that an injunction should not have been imposed on the Galaxy Tab 10.1.”

Apple’s initial complaint was that Samsung had copied design and touchscreen designs and patents and this led the company to successfully launching court action to have the device banned in Australia.

Apple launched a week-long leave to appeal to the High Court which was rejected today.

This means Samsung will be rushing the product into the market to make it in time for the Christmas rush.

Ironically Apple’s action to have the Samsung Galaxy Tab 10.1 banned created even more demand for the device with eBay and other online stores doing a roaring trade importing and selling the product in Australia.

But now the product has been the green light for the Australian market, expect a Samsung marketing blitz aimed at Christmas shoppers.