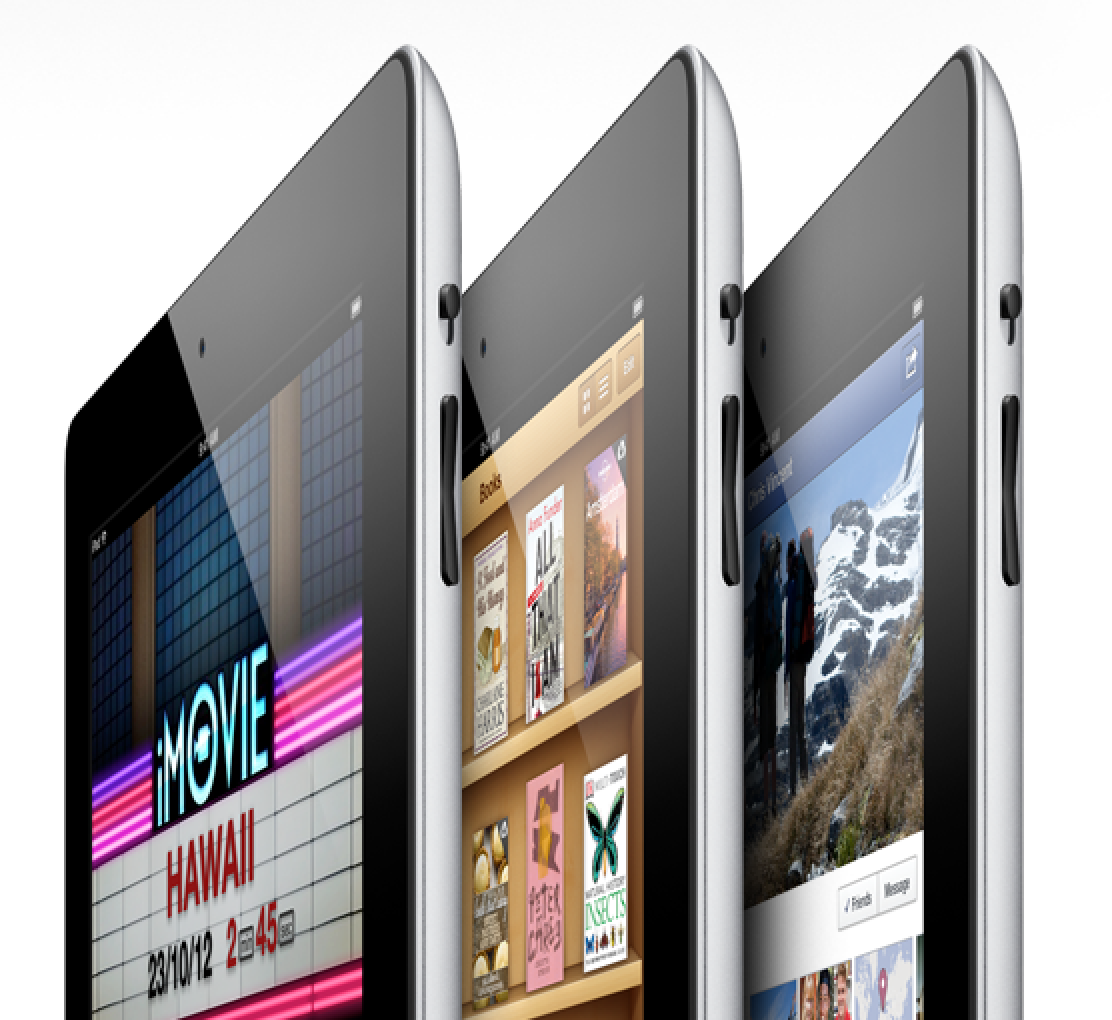 Apple hasn’t wasted any time updating the new iPad, which was released only seven months ago, with a brand new fourth generation model.

While the iPad Mini took most of the attention at the Apple event in San Jose today, the new iPad was also given a refresh.

The most impressive feature of the new iPad is the remarkable Retina Display and that is still front and centre of the new device.

But now there is a faster dual core A6X processor that provides almost twice as much speed and an even better quad core graphic performance for apps and games.

Another new feature is the new smaller Lightning connector which is now part of the iPhone 5 and the iPad Mini.

One other new addition which will be particularly welcomed by Australian users is the device’s compatibility with Australia’s 4G networks through Telstra, Optus and Virgin Mobile.

The latest iPad – now called iPad with Retina Display on Apple’s website – is exactly the same size, weight and thickness as the previous model.