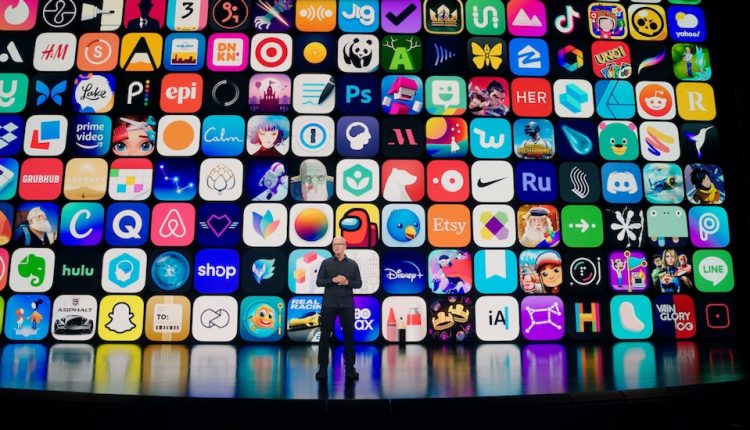 Apple has announced it will once again be holding a virtual Worldwide Developers Conference (WWDC) which will kick off in an online format on June 6 (June 7 Sydney time) and run until June 10.

This is the third year running that WWDC has been a virtual event.

But the format has proved successful and has allowed for even more developers to access Apple’s engineers and technologies and enjoy interactive experiences.

At this event Apple showcases the latest versions of iOS, iPadOS, macOS, watchOS and tvOS with developers able to deploy those features in the latest apps.

The last time WWDC was an in-person event was in 2019 when it was held at the McEnery Convention Centre in San Jose. And Tech Guide was there.

“At its heart, WWDC has always been a forum to create connection and build community,” said Susan Prescott, Apple’s vice president of Worldwide Developer Relations and Enterprise and Education Marketing.

“In that spirit, WWDC22 invites developers from around the world to come together to explore how to bring their best ideas to life and push the envelope of what’s possible.

“We love connecting with our developers, and we hope all of our participants come away feeling energised by their experience.”

There are more than 30 million developers around the world in Apple’s growing global community and they will be able to access more information sessions, learning labs and digital lounges to engage with other attendees online.

On top of that, Apple will also be holding a special day for developers at Apple Park on June 6.

Developers can apply to attend on the Apple Developer Site and app soon.

Apple will also be supporting students who love to code with the Swift Student Challenge for the third year in a row.

Swift Playgrounds for iPad and Mac allows students to learn the Swift programming language in a fun and interactive way.

This year students from around the world have been challenged to create a Swift Playgrounds app project on a topic of their choice which they can submit before April 25.

Stay tuned to Tech Guide for all the latest news and announcements from WWDC 2022.