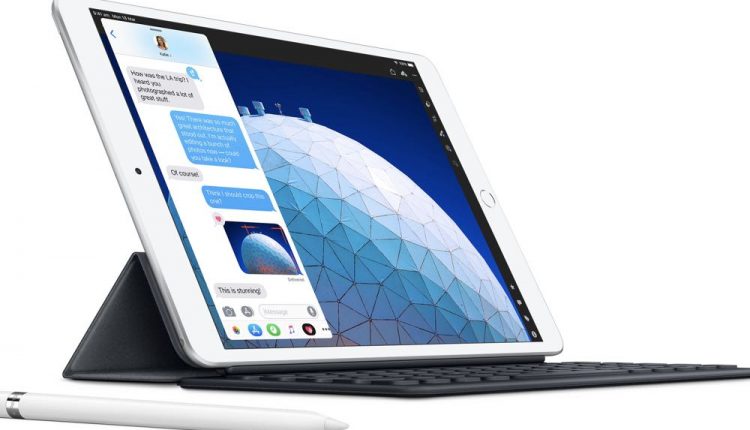 Apple has introduced the new more powerful iPad Air along with an improved iPad Mini which now both include the A12 Bionic chip and support for Apple Pencil.

The  more powerful 10.5-inch iPad Air offers a 70 per cent improvement in performance but  comes with an affordable price.

The 7.9-inch iPad Mini is now three times faster and has a Retina display with the highest pixel density of any iPad.

Now with Apple Pencil support, iPad Mini is a handy size for an everyday digital notepad that’s ideal for sketching and writing notes on the go.

“The iPad continues to provide magical new experiences for a growing range of uses where it is the absolute best device, from playing games in augmented reality to note-taking and drawing with Apple Pencil, from streaming HD movies and editing 4K films to learning to develop apps with Swift Playgrounds,” said Phil Schiller, Apple’s senior vice president of Worldwide Marketing.

“Today the iPad family takes two big leaps forward with an all-new 10.5-inch iPad Air that brings high-end size, features and performance at a breakthrough price, and a major upgrade to the 7.9-inch iPad mini, which also brings Apple Pencil, Retina display and the A12 Bionic chip to the many customers that love its compact size.”

Both the iPad Air and the iPad Mini now offer complete support for Apple Pencil which offers an accurate, natural and responsive drawing and writing experience.

Apple Pencil can now be used within popular apps including Procreate, Noteability and Microsoft Office.

Both the iPad Air and the iPad Mini are running iOS 12.

The A12 Bionic chip powers the iPad with advanced machine learning and performance that allows for engaging AR experiences, realistic effects in 3D games and impressive graphics performance.

The iPad Air and the iPad Mini are both available now.