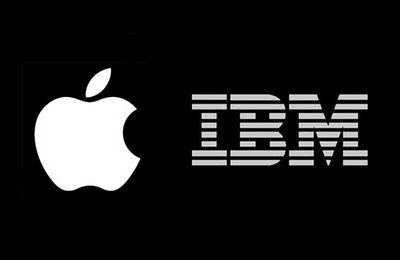 Apple partners with IBM to bolster business and enterprise sales

Apple has firmly set its sights on winning more business and enterprise customers after forming a landmark partnership with IBM.

The deal will develop new ways the iPhone and iPad can be used for specific industries.

This will include the development of native apps and optimising IBM cloud services for iOS.

The partnership between Apple and IBM – formerly fierce rivals in the early days of the personal computer revolution – will also look at device management, security and mobile integration which are high priorities for the IT managers of any company.

Designed to draw on the strengths of both companies, the deal will help bolster Apple’s strength in the business market to try and match the strength the company has in the consumer market.

“For the first time ever we’re putting IBM’s renowned big data analytics at iOS users’ fingertips, which opens up a large market opportunity for Apple. This is a radical step for enterprise and something that only Apple and IBM can deliver.”

Ginni Rometty, IBM Chairman, President and CEO said: “Mobility—combined with the phenomena of data and cloud—is transforming business and our industry in historic ways, allowing people to re-imagine work, industries and professions.

“We are delighted to be teaming with Apple, whose innovations have transformed our lives in ways we take for granted, but can’t imagine living without. Our alliance will bring the same kind of transformation to the way people work, industries operate and companies perform.”

But the relationship between Apple and IBM wasn’t so friendly in the early 1980s.

Apple co-founder Steve Jobs saw IBM as the enemy. He even compared IBM to Big Brother in the famous 1984 Super Bowl ad.

He was also photographed giving IBM the finger outside the “Big Blue” corporate headquarters.