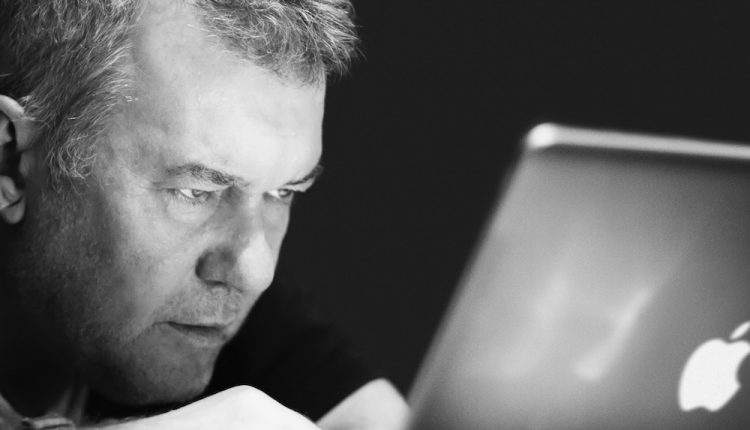 Apple launches Made In Australia campaign with our biggest entertainment talent

Apple has launched a new campaign featuring some of Australia’s most popular entertainment talent and the role of the Mac in helping them bring their ideas and creativity to life.

The initiative will showcase their creative output in music, media, art, dance and design and also feature an image of them working behind their Mac which helped them bring their visions to life.

The Made in Australia campaign will be highlighted in outdoor poster sites, television, online films and on social media.

Also part of the campaign is a short film set to a soundtrack by Western Sydney’s Kwame, a rapper and community leader whose song “Wow” talks about going global while still being a proud Sydney local.

The Made in Australia campaign will also highlight all creators’ locations in the film.

The creative hubs of Newtown (Sydney), North Melbourne, Fortitude Valley (Brisbane) and Western Sydney will be a focus for the campaign and will place the work of local creatives at the heart of the communities to which they belong.

Here are the bios of the Australian talent used in the campaign:

Award winning singer-songwriter, Troye Sivan, rose to fame on YouTube and now stands as one of Australia’s biggest pop stars and actors.

Electronic and Dance music pioneer, Grammy award-winner and one of only three Australian musicians to hit 1 billion streams.

Hollywood actor and filmmaker Joel Edgerton has made his mark in cinema by writing, producing or starring in films including Star Wars, The Great Gatsby, Zero Dark Thirty and Animal Kingdom.

Singer, actress, and dancer, Emma is best known as the first female member of popular children’s entertainment group, The Wiggles.

Offering a buoyant variety of indie pop that stresses the pop, Cub Sport hail from Brisbane, Australia. The band has released four studio albums, with their latest album, Like Nirvana, currently nominated for a 2021 AIR Award.

Award winning writer and broadcaster, Benjamin, named one of the 40 Under 40 Most Influential Asian-Australians, is the author and co-creator of book and TV show, The Family Law, based on his memoir, and wrote the sold-out mainstage play, Torch the Place. \

Multi-instrumentalist singer-songwriter, G Flip is an ARIA award nominee and has become a dominant force in the Australian indie pop scene. They have released a number of collaborations this year, dropping ‘Queen’ with mxmtoon, ‘Not Even In Vegas’ featuring Thomas Headon in May, and, most recently, ‘Boys & Girls’.

One of the brightest stars on the stage and screen, Miranda has appeared in some of Australia’s most popular television series and movies, most notably “The Sapphires” and “Love child,” where she won best new talent and outstanding performance by a new comer Awards at the Logie’s.

An Aboriginal and Torres Strait Islander organisation and one of Australia’s leading performing arts companies, widely acclaimed for its powerful dancing, distinctive theatrical voice and unique soundscapes, music and design.

Australian filmmaker and producer, known for inspiring and controversial feature-length documentaries Gayby Baby and In My Blood It Runs.

Creative technologists Tin&Ed see the world differently. They create playful installations and experiences that illuminate the borderless dimension between art and science and the physical and the digital. Their work has been shown at the Sydney Opera House, The Liu Haisu Museum in Shanghai, The Artscape in Cape Town, and The National Gallery of Victoria.

World renowned typographer, known for her bold super-graphics, illustrative lettering and hand-painted murals. Her mission is to elevate words to art and explores themes around language and the human experience through pattern, colour, scale and illustrative motifs.

Known for his eclectic beats, rapper Kwame started making music at age 16 and was named 2018 triple j Unearthed Artist of the Year. He continues his creative journey at the forefront of Aussie hip-hop, having this year released a critically acclaimed single, “On one.”

Preserving indigenous culture, The Mulka Project strives to employ and train as many Yolŋu of all ages as possible. initiatives include The Mulka Studios, mentoring Yolŋu filmmakers, media workers, and digital artists to create cultural productions in the field of film, music, animation, VR, and digital art.

Multi-disciplinary artist, entrepreneur and punk designer, Phoebe’s days are spent on a diverse range of creative projects both indoors and out, from live-painted murals, fashion, gig posters, social content and more.

Forward-thinking rapper and producer, Manu Crooks recently released his new single, “Where You Gonna Run.” His other 2021 releases include “Don’t Cross The Line” with Hooligan Hefs and “Fall Apart,” and his hotly anticipated EP, Mood Forever II, is set to drop soon.