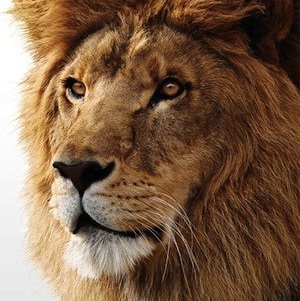 Apple has confirmed its new operating system OS X Lion will be available to download from the Mac App Store tomorrow.

Priced at just $31.99, the update will include more than 250 new features and gesture controls for users of Apple’s Mac desktop and laptop computers.

It will be the first time a major Apple system software upgrade will be available for download only rather than on a disc.

Apple gave a rundown of the main features of the OS X Lion during the World Wide Developers Conference in early June and can be seen here.

Lion also introduces some features to the Mac which were first seen on the iPad like Launchpad which can display all of your apps on screen in a grid at once along with gestures for faster and easier operation.

Apple early today issued an update to the Migration Assistant to address issues and make it easier for Snow Leopard users to transfer their data and settings to the new Lion system.

The availability of OS X Lion was announced by Apple’s Chief Financial Officer Peter Oppenheimer before he reported the company’s Q3 financial results.

During the conference call Oppenheimer revealed Apple achieved its highest quarterly revenue and profits with record iPhone and iPad sales and highest Mac sales ever in the June quarter.

iTunes revenue has increased by 36 per cent from the same time last year with more than 225 million account holders.

More than 20.3 million iPhone were sold worldwide which is a 142 per cent increase year-on-year.

iPad sales are also up 183 per cent with Oppenheimer reporting the company is selling every iPad the company makes.

Sales across the business quadrupled in the Asia Pacific region, which includes Australia, in the last year.