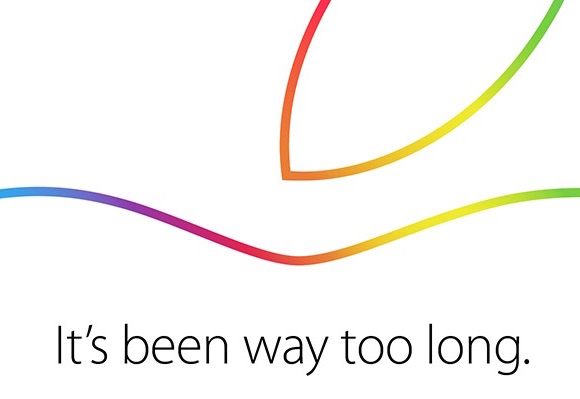 Apple will be holding another launch event next week with the likely announcement of an updated iPad and iPad Mini and possibly new iMacs.

Apple sent out invitations to the event which will be held at the company’s Cupertino headquarters on October 16 at 10am (October 17, 4am Sydney time).

The launch will be held in the Town Hall auditorium within Apple’s large campus.

The invitation has a colour close up of the tip of the Apple logo with the words: “It’s been way too long”.

The event will be a lot smaller than the iPhone and Apple Watch event held last month and is likely to concentrate on existing products.

What we are likely to see is an update to the iPad Air and iPad Mini with probably addition of a Touch ID fingerprint reader.

There are also strong reports that Apple will also unveil new iMac computers with Retina Displays.

The launch will also announce the availability of the latest Mac OS X Yosemite operating system.

Stay tuned to Tech Guide which will be providing full coverage of the Apple event next week.