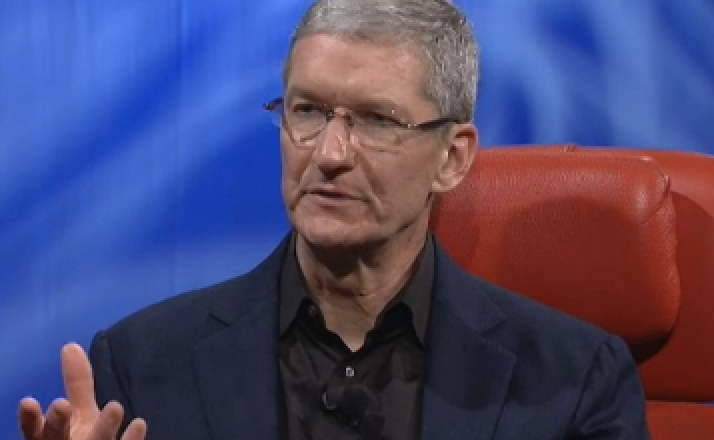 Apple CEO Tim Cook was the opening guest at the AllThingsD conference and gave his views on Apple TV, wearable computers and the road map of products.

The 81-minute interview covered a range of topics with the Apple boss providing some candid answers but, as expected, fell short of providing any surprises about products.

One of the first questions to Tim Cook was to ask him about the challenges from competitors, the fall in the stock price and whether Apple was in trouble.

“Absolutely not,” was Cook’s reply before reciting the fact that since October Apple sold more than 85 million iPhones and 42 million iPads and that customer satisfaction was “off the chart”.

Moving to the subject of Apple’s interest in producing a TV, Cook deflected the premise of the question by talking about the existing Apple TV product which has sold more than 13 million units with half of that number being sold in the last 12 months.

When pressed on the question about Apple producing its own television Cook replied “It continues to be an area of great interest”.

On the subject of wearable computers like glasses, wristbands and smart watches, Cook had a lot more to say.

While not revealing whether Apple will be playing in this space, Cook conceded that it is an area that is “ripe for exploration”.

He was asked about Google Glass and he said there was “some positive points about the product”.

“There’s nothing that’s going to convince a kid who has never worn glasses or a band or a watch or whatever to wear one,” Cook said.

“There will be a ton of companies playing in this. I see it as another very key branch of the tree.

“I think from a mainstream point of view glasses are difficult to see. I think the wrist is interesting.”

Cook then showed he was wearing Nike’s Fuelband.

“I think for something to work here, you have to convince people it’s so incredible that they want to wear it.”

The Apple CEO wouldn’t provide any hints or insights to any future products which has been strict policy of the company.

But he did remark there are lots of exciting new products on the horizon.

Here Apple will outline updates to the iOS and the Mac OS X operating systems with the possibility of some hardware announcements.