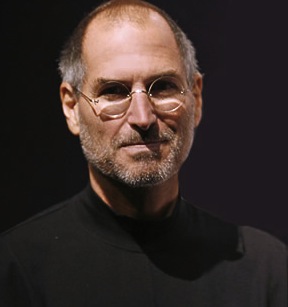 Steve Jobs, Apple’s visionary CEO and co-founder, has told the company he will be taking a “medical leave of absence”.

Jobs said in an advisory to Apple staff that he will continue as CEO with Chief Operating Officer Tim Cook taking over day-to-day operations.

Just over two years ago, Jobs took similar leave and missed his traditional Macworld keynote in San Francisco – handing the reigns over to his vice president Phil Schiller.

A report in the New York Times speculates Jobs is suffering immune system problems which are common among liver transplant patients.

The report also quotes a “person who knows him well”, stating Jobs was only coming into the office two days a week and was appearing increasingly frail in recent weeks.

The news has also had effect on Apple’s stock prices which dropped 8 per cent.

It was almost exactly a year ago when Jobs took to the stage to unveil the iPad to the world in San Francisco.

Rumours are already building for the iPad 2 which is expected to be announced in the coming weeks.

If Apple decide to hold another event to take the covers off the highly anticipated iPad follow-up it is obvious Jobs won’t be making the keynote announcement – an event that usually brings the tech world to a standstill and even makes the evening news.

Other companies are now also lining up against Apple with tablet PCs of their own to claim their share of this new and lucrative market.

“I have great confidence that Tim and the rest of the executive management team will do a terrific job executing the exciting plans we have in place for 2011,” Jobs said in his advisory to all Apple staff.

“I love Apple so much and hope to be back as soon as I can. In the meantime, my family and I would deeply appreciate respect for our privacy.”

How to turn iPad into an 80s arcade machine