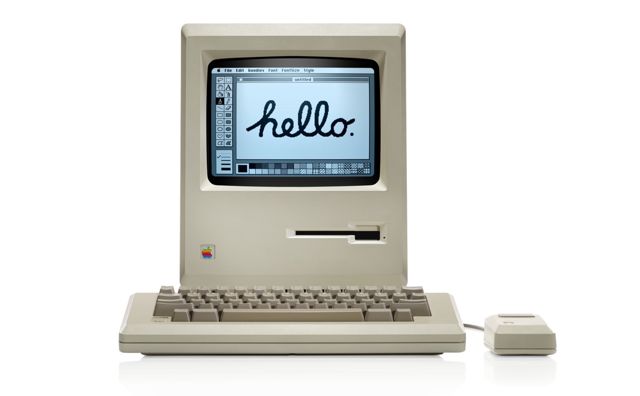 It’s been 30 years since Apple’s introduced the first Macintosh which ignited the personal computer market and put amazing technology in the hands of everyday people.

On January 24, 1984 the original Mac computer was revealed by Apple co-founder Steve Jobs.

It was the first computer designed for the masses and the first to feature a graphical user interface and mouse.

The original Mac was powered by a Motorola 6809E processor and had 64kb RAM and 256 x 256 resolution black and white screen.

Customers got their first glimpse of the Macintosh in the famous ad aired during the Super Bowl directed by Ridley Scott titled “1984” after George Orwell’s novel.

The heroine in the ad smashed the screen showing Big Brother with a flying sledgehammer to liberate the citizens from their controlled drone-like existence.

To celebrate the 30th birthday of the Mac, Apple has created a tribute on its US website.

This includes a video and a time line of the development of the popular computer and famous users who have unleashed their creativity with the Mac over the years.

On the site, visitors can also write about their first Mac and what they used it for and see the most popular models and uses recorded by others.