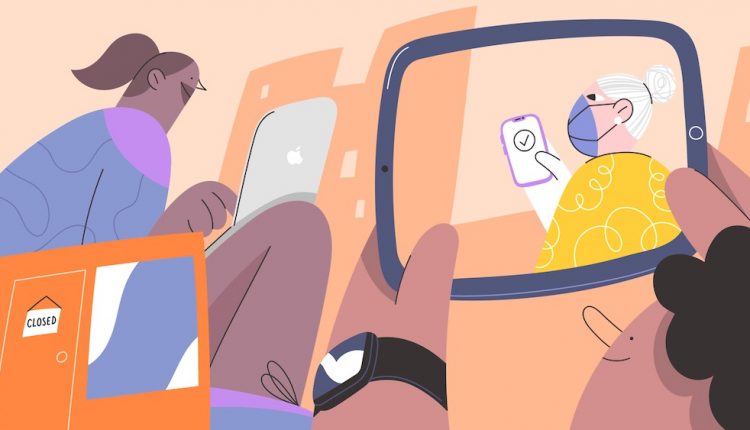 Apple has revealed the App Store ecosystem generated $643 billion in billings and sales in 2020 – an increase of 24 per cent year on year – as the world turned to their apps to meet the challenges of the pandemic.

Apps helped people stay connected, healthy, educated and entertained as we faced the year’s challenges brought about by the COVID crisis.

An independent study by the Analysis Group showed that one in four small developers who were selling goods and services to customers around the world through their apps saw a 25 per cent increase in their business each year for the past five years.

The number of small developers has grown by 40 per cent since 2015. They actually make up 90 per cent of App Store developers.

“Developers on the App Store prove every day that there is no more innovative, resilient or dynamic marketplace on earth than the app economy,” says Tim Cook, Apple’s CEO.

“The apps we’ve relied on through the pandemic have been life-changing in so many ways — from groceries delivered to our homes, to teaching tools for parents and educators, to an imaginative and ever-expanding universe of games and entertainment. 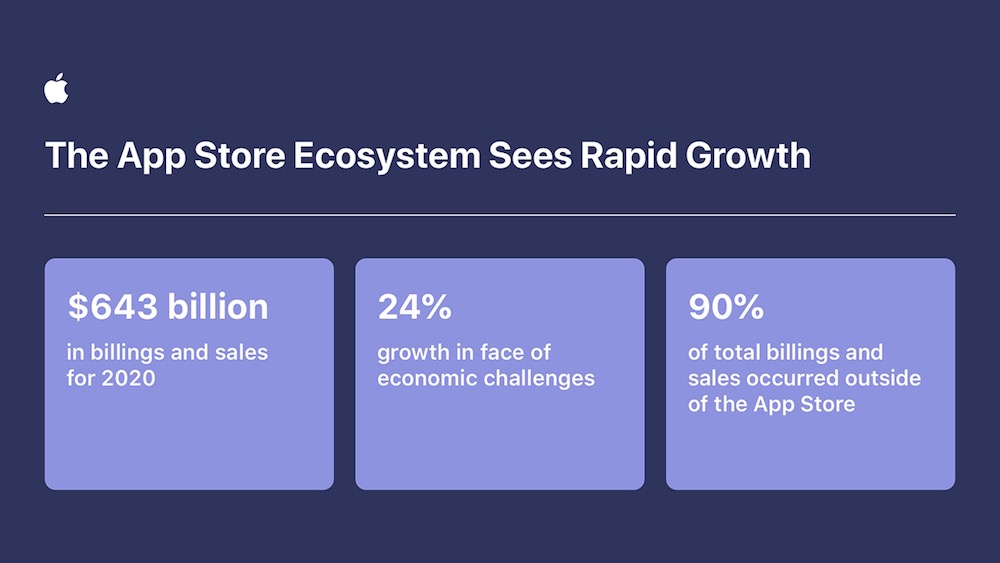 “The result isn’t just incredible apps for users: it’s jobs, it’s opportunity, and it’s untold innovation that will power global economies for many years to come.”

Around 80 per cent of small developers that’s sell goods and services on the App Store are active across multiple countries with earnings coming in from more than 40 countries.

The App Store is also able to facilitate secure international transactions with support for 40 languages and almost 200 local payment methods and 45 local currencies.

This allows the developer to focus on their apps and their customers while the App Store does the heavy lifting.

One of the reasons why the App Store has grown so quickly is because it has its roots in a growing community of new and emerging developers – many of which are graduates of Apple’s developer academies.

There have been more than 10,000 graduates which has resulted in the launch of more than 1500 apps.

This study focuses mainly on 2020 – a year when the world was gripped with a pandemic. 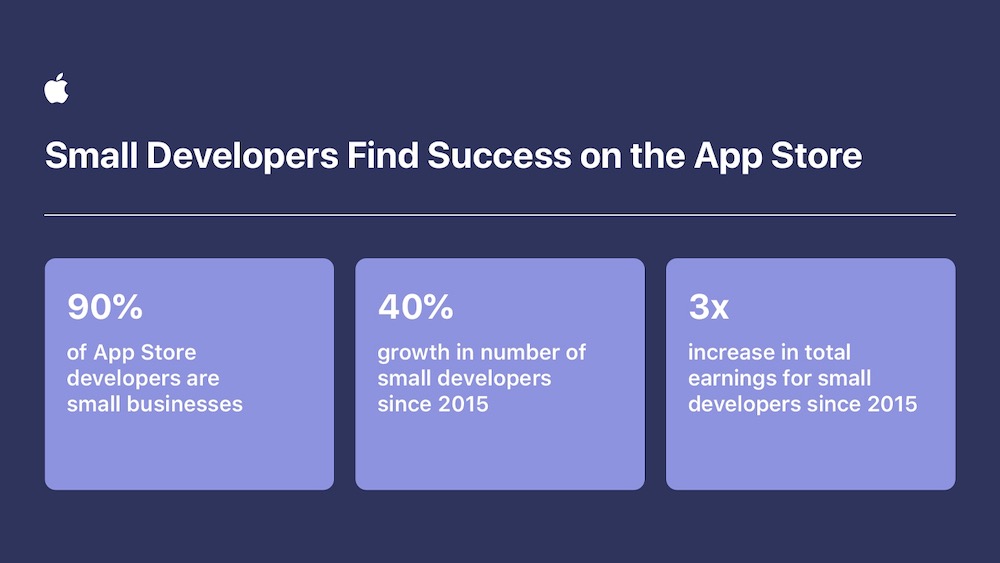 The App Store played a significant role to help colleagues collaborate, for teachers to keep their students engaged and family and friends connected with one another.

The App Store gives developers the ability to reach a global audience and also create a life changing opportunity for themselves and for their teams and communities.

KidloLand is a learning app for young children which was launched in 2012 by brothers Aditya and Nishant Mohatta in India. Since launch the app has been downloaded more than 6 million times and the team has now grown to more than 40 people.

“To know that children in 174 countries have played our songs more than half a billion times — it means a lot to us, especially as fathers,” says Aditya Mohatta.

“This growth has meant we can create stable jobs for people in our communities. Some of our team members purchased their first homes — that is something we are especially proud of, because in India, buying a home is considered a very big step in one’s life.

“And during the pandemic, we were able to donate food and medical supplies, including oxygen concentrators, for those who were in dire need.”

These tools have enabled developers to add new features and functionality to their apps quickly and easily so they can harness capabilities like machine learning, augmented reality and many more.

Primer: AR Home Design is just one example of an app that uses augmented reality to help users imagine what redesigned spaces could look like with new paint or wallpaper.

The app was launched by a three person team in Oakland CA in April 2020 and, in just over a year, has enabled almost 600,000 AR product views which includes users looking at a virtual swatch through the app.
“ARKit anchors our entire app experience,” says Adam Debreczeni, Primer: AR Home Design’s co-founder.

“What I love about this SDK is that Apple took the stuff that was incredibly intricate and complex and would’ve been really hard for us to build and they made it really accessible, abstracting it in ways where we could just be creative on top of it.

“Within three or four months of development time we had a great prototype we could take to brands and give them these superpowers they didn’t know they had before.”

Mobile is still attracting the most complaints to the TIO