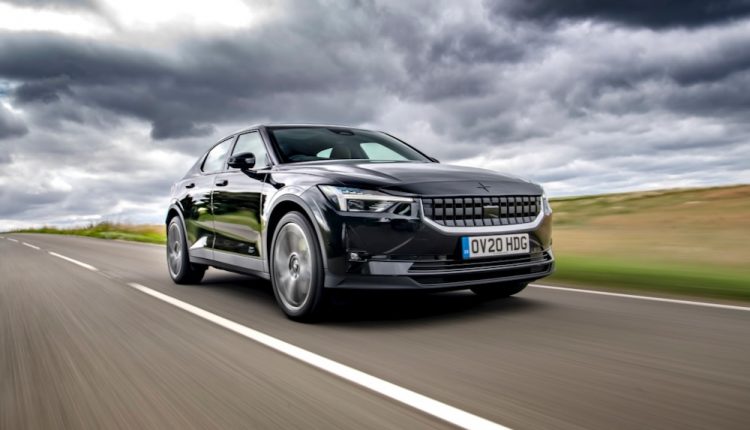 You know a car has a lot of appeal when people stop you in the street and ask you about it. That’s exactly what happened to us while we were driving the Polestar 2 EV months ahead of its launch in Australia.

Polestar is a Swedish electric performance brand, a sister company of Volvo, and it will be on Australian roads in early 2022.

Tech Guide had the privilege of getting behind the wheel of the Polestar 2 and experiencing it for ourselves.

And there was no shortage of interest from onlookers and from our neighbours who were attracted to the design and all keen to know more.

We were even stopped in traffic with the driver in the lane next to us want to know more before the light turned green.

This is a fully electric vehicle that will start at around $60,000. At that price, this midsize EV will compete with the Tesla model 3.

The comparison with Tesla is inevitable but they are two distinctly different cars. 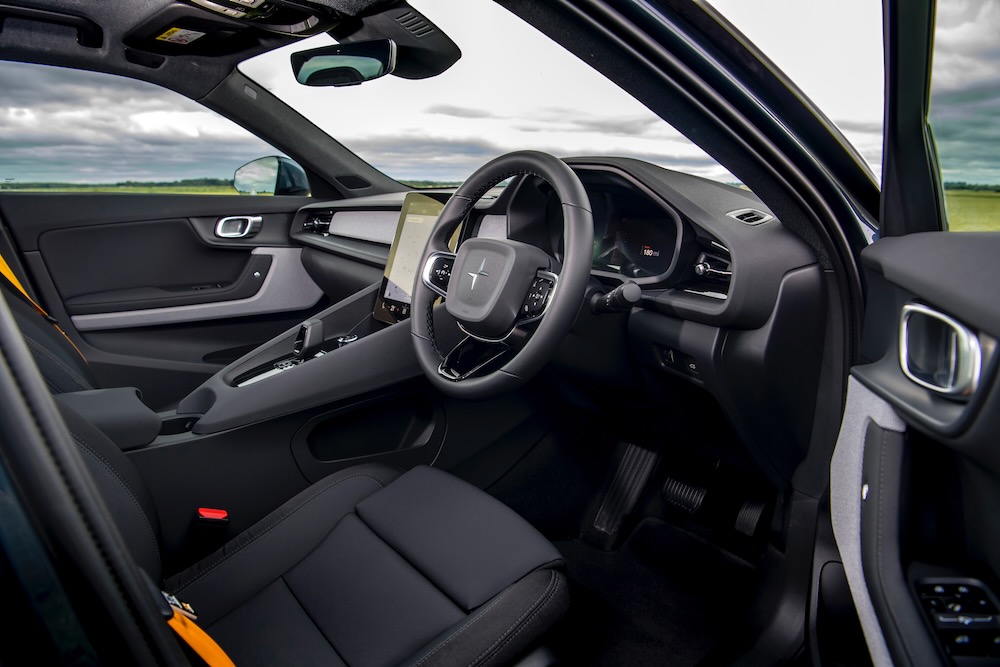 The only thing they have in common is the fact they are electric vehicles.

The Polestar 2 model range is topped by the 300 kW (408HP) dual motor variant with a large 78kW battery which is joined by two front mounted single motor variants which are available either with the same long-range battery and 170 kW motor or a smaller standard range battery 69kW and the 170kW motor.

The long-range dual motor model we drove has a torque of 660Nm and can go zero to 100km/h in 4.7 seconds with a top speed of 205 kilometres per hour.

Range is one of the first things customers will ask about when talking about an electric vehicle. 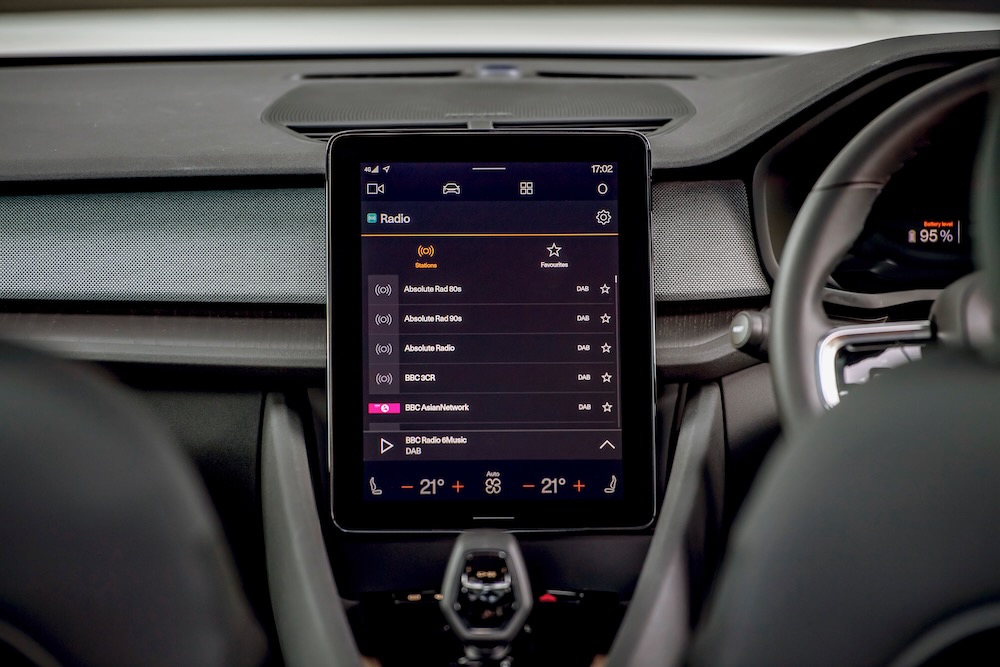 We’ve owned a Tesla Model S for more than three years and the most often asked question we get is how far can you go on a single charge.

Polestar 2 is a 5-door fastback with a modern minimalist look yet with a strong stance thanks to its long 2.735m wheelbase.

The vehicle we were driving has 20-inch alloy wheels, frameless side mirrors and a full LED rear light bar.

It has pixel LED headlights which are comprised of 84 individual pixels and a full width taillight with 288 ultra bright LEDs which comes standard to create an eye-catching lighting effect.

The interior of the Polestar 2 is entirely vegan, meaning that zero animal products were used.

Polestar uses weave tech interior textile which is lighter than leather and utilises a high number of recycled materials in its construction so it can wear durably and clean easily. 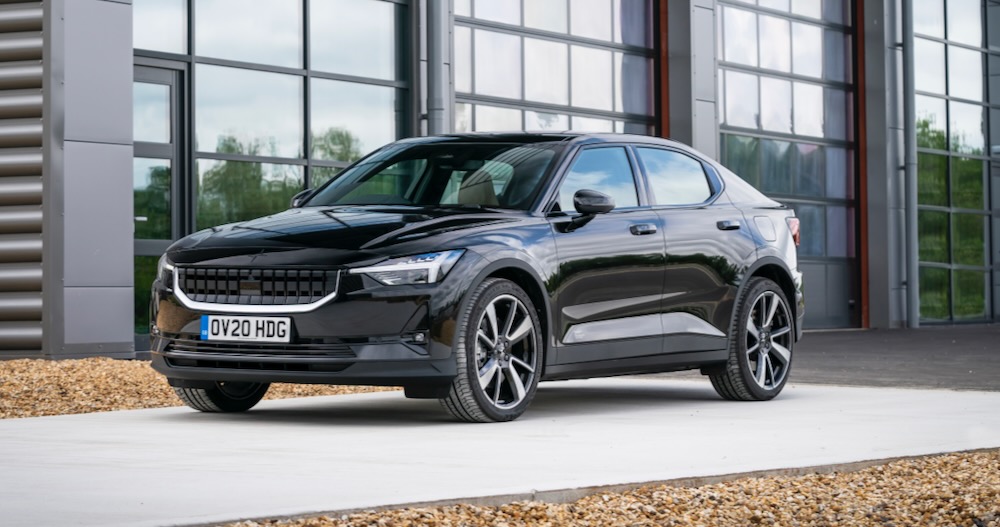 Looking around the cabin of the car you can easily see the quality around you and that makes for a comfortable drive.

And it’s all controlled through the 11.2-inch centre display so there’s no need for too many buttons and knobs on the dashboard.

There are also controls on the wheel to adjust volume, cruise control and to make him receive calls.

The infotainment system on the Polestar 2 is powered by Android Automotive OS which was developed in partnership with Google.

Now this is NOT Android Auto which replicates the Android OS from a smartphone. 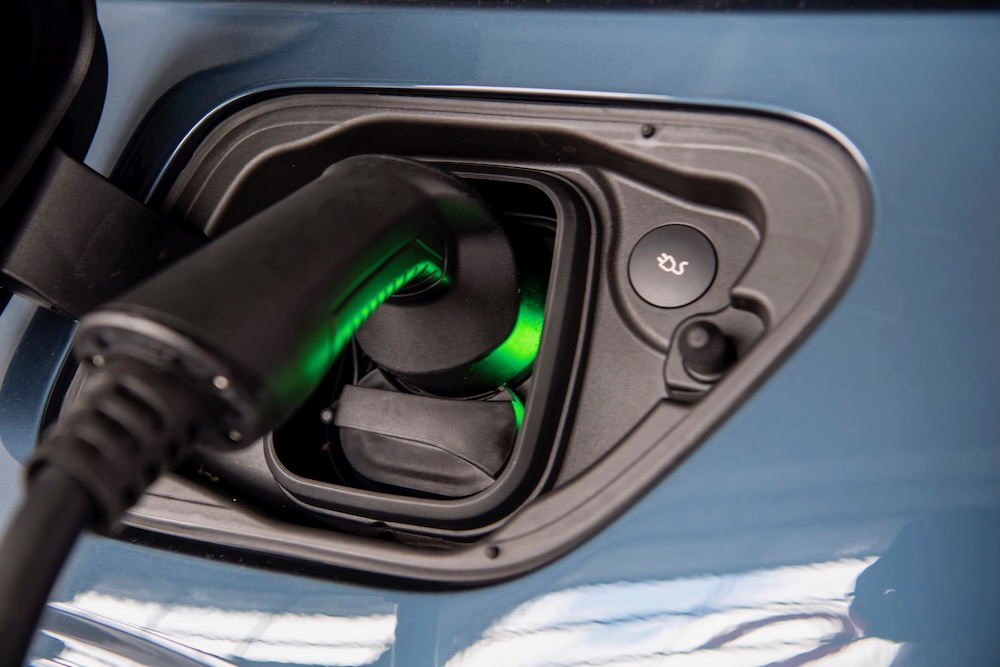 This is an entire system that enables users to control nearly every aspect of the vehicle that just happens to be built using Android.

Users can naturally pair their smartphone, iPhone or Android, to the car as they would with any other vehicle to be able to enjoy their media and connect their calls while driving.

The system is quite intuitive and puts at your fingertips the controls for the vehicle, temperature control and presents a range of apps that are appropriate to use safely behind the wheel.

The car’s system also includes Google Assistant and it has natural voice recognition abilities so you can search for locations, initiate phone calls and trigger other features in the vehicle just by using your voice.

On the audio side, it also has a Harman Kardon 600W premium audio system with 13 speakers.

There are four USB-C connectors, two in the front two in the rear, so the driver or passengers can plug in their devices to charge. 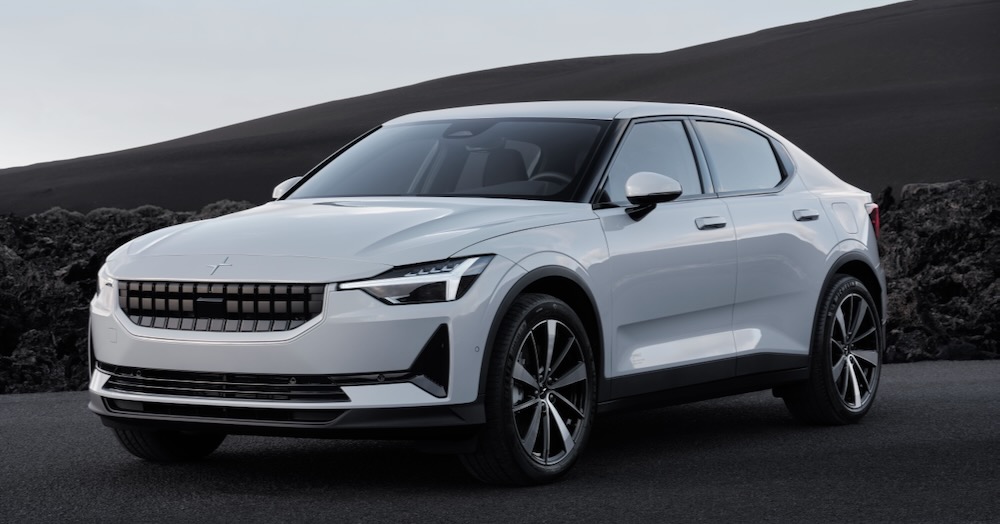 There he’s also a wireless charging pad in the centre console which securely holds the phone away from the driver’s attention while charging wirelessly.

When a destination is entered into Google Maps, the map also appears in front of the driver on this screen so they can see at a glance where they need to go.

The biggest adjustment for drivers new to EVs is the fact that you’re no longer pouring petrol into a tank but rather charging the vehicle in pretty much the same way you charge your other devices in your home.

The charging port, located on the rear right-hand side of the vehicle, is compatible with numerous community chargers that can be found in car parks, shopping centres, hotels and other hubs on major highways.

So, there’s no way you’ll ever be short of a charge. 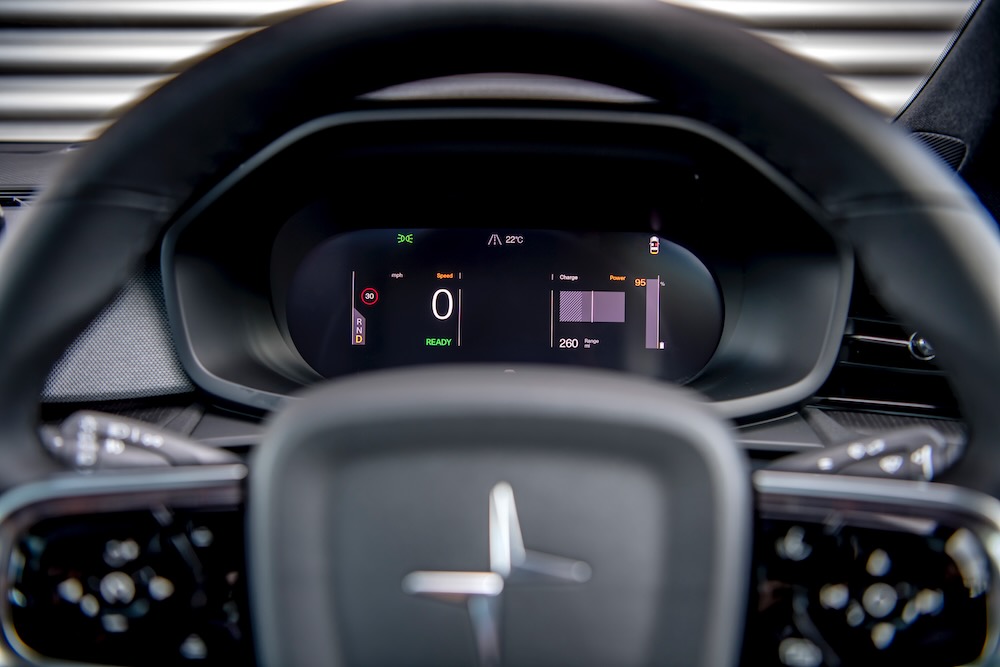 And while you may see plenty of Tesla charges about, these will only work with Tesla vehicles.

The Polestar 2 has pilot assist and adaptive cruise control along with emergency braking with detection for vehicles, pedestrians and cyclists day and night.

Also on board is lane-keeping aid and a driver alert control.

Safety wise, there is a total of eight airbags while the vehicle has a high strength steel safety cage and SPOC (Severe Partial Offset Collision) block which protects the battery during a severe impact.

The Polestar 2 will be available in Australia in early 2022 and judging by the reaction we saw it could just be the car that inspires even more Australian drivers to switch to an electric vehicle.