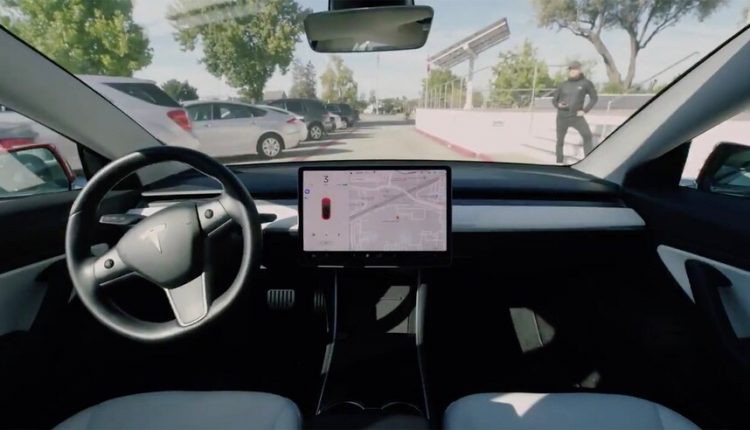 Tesla is about to roll out its biggest software update ever – Version 10 – which will add new entertainment and convenience features and make the company’s electric vehicles even more advanced and capable.

The software update is already available in the US with drivers in Australia receiving it this week.

Here are the new features from Tesla Software Version 10:

One of the standout new features is Smart Summon which unfortunately won’t be available to Australian Tesla drivers immediately.

But US and other international  drivers who have purchased Full Self Driving capability for Enhanced Autopilot will be able to access Smart Summon.

Ohhh! Yesssssss!! Smart summon, incredible! I still can’t believe eyes. Since the days of @DavidHasselhoff Knight Rider, this has always been a dream. pic.twitter.com/5KWXtd121J

This feature will enable drivers to summon their Tesla to where they are within line of sight.

For example, you may be standing at a shopping centre entrance and, with Smart Summon, you will be able to get your Tesla to navigate the parking lot on its own and drive itself to where you are standing.

Unfortunately, local regulations will make this feature unavailable for Australian Tesla drivers at this time.

Anyone ordering their  own Tesla can use Tech Guide’s referral code to get free Supercharging for 1500km. https://ts.la/stephen70479

All Tesla vehicles – the Model S, the Model X and the new Model 3 – have a large central screens and users can take advantage of this by accessing their Netflix and YouTube accounts whenever their car is parked.

It may also be possible to view live TV in the car as well.

there are now two new navigation features – I’m Feeling Hungry and I’m Feeling l Lucky – which will lead you to either a local restaurant or a nearby point of interest.

Drivers can now also tap on highlighted points of interest on the map to see business ratings and even a phone number to start a call before navigating to that location. 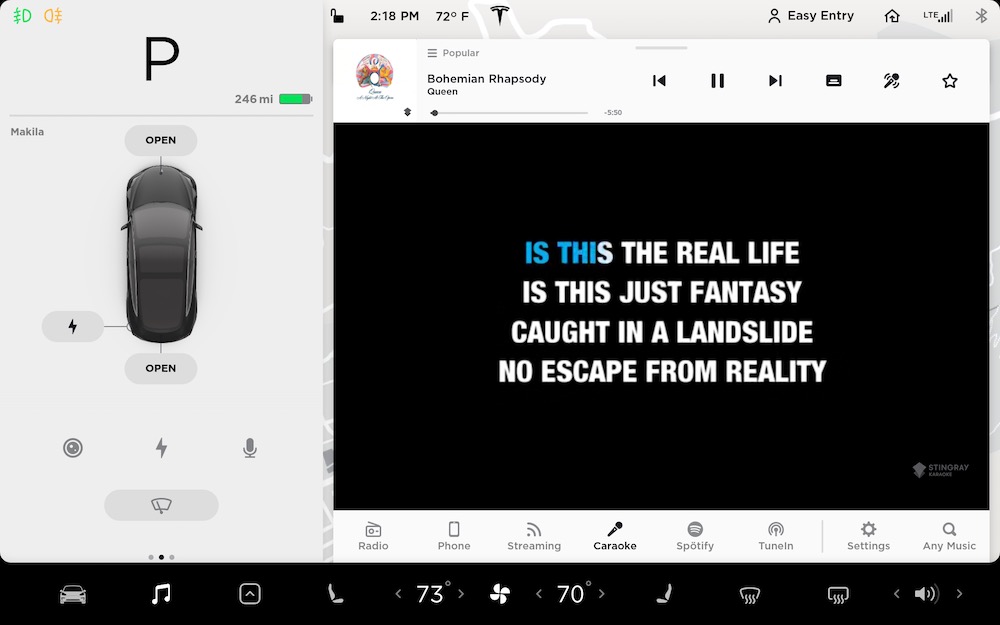 The new Car-aoke feature in Version 10 can turn your Tesla into a karaoke bar so you can sing with friends or by yourself on a road trip.

Car-aoke comes with a huge library of music and song lyrics and has support for multiple languages. 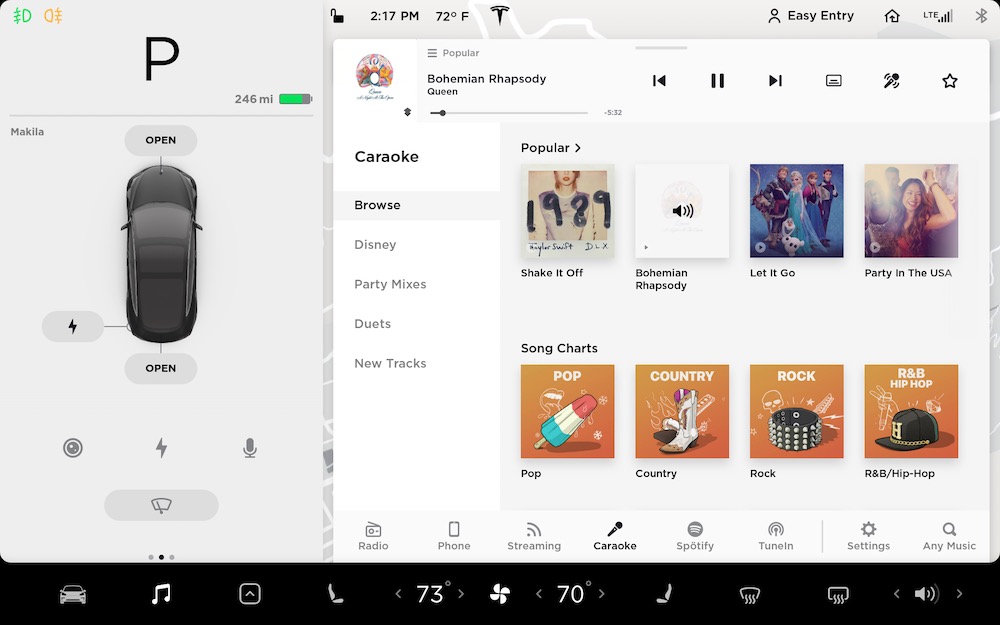 This has been one of the most requested features from Tesla owners. 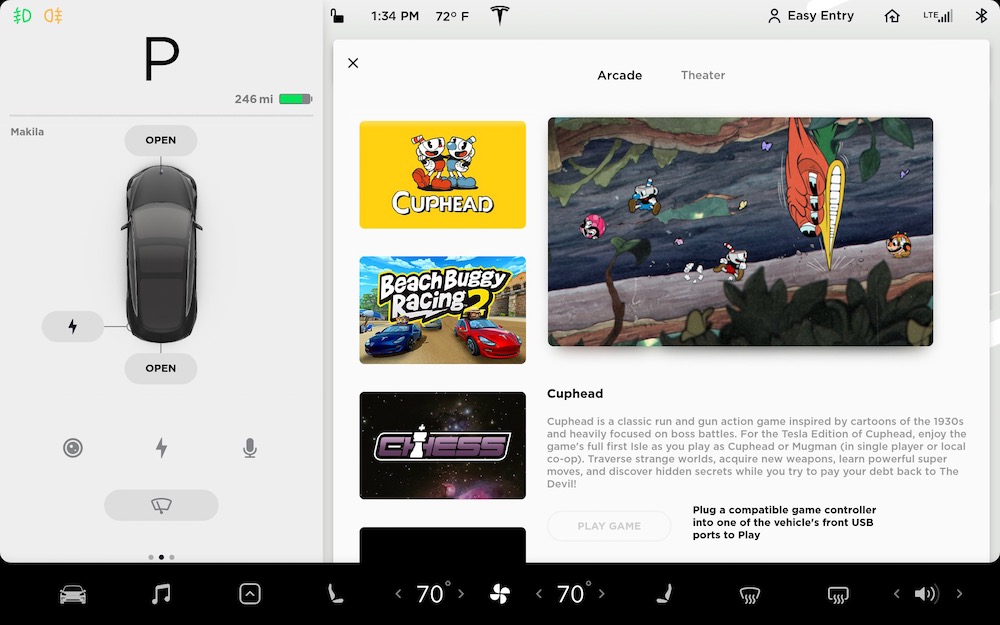 The Tesla Arcade will be expanded to include popular run and gun action game Cuphead.

players can use a USB controller for single player and co-op modes which are available in the Tesla edition.