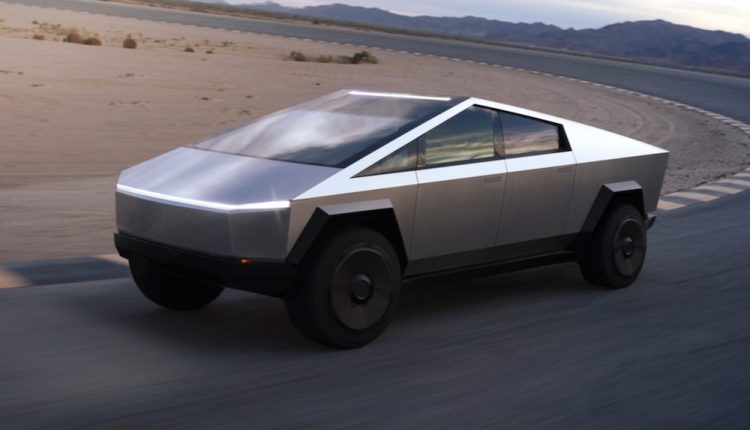 Tesla just revealed one of the most unusual vehicles ever – the Cybertruck – an electric utility with an odd angular design and shape but the strength and durability of an armoured car.

Tesla CEO Elon Musk revealed the new vehicle at a special event in Los Angeles that can only be described as bizarre.

There was initial disbelief when the new Tesla electric vehicle was introduced but as the event went on the live audience and the many watching the live stream realised the new Cybertruck was real.

It is built with an exoskeleton that Tesla says is impenetrable to offer unmatched strength and endurance.

The windscreen angles up sharply to the space above the driver and angles backward to the rear tailgate.

The outer shell of the Cybertruck is made from ultra-hard 30x cold-rolled stainless steel and polymer layered armoured glass which is said to absorb and redirect impacts.

On stage, Musk demonstrated the strength of the steel when a man on stage pounded it with a sledgehammer. There was not a single dent or scratch to be seen.

But the test of the armoured glass didn’t go so well.

After successfully testing the glass strength on the side of the stage with a large steel ball, Musk invited the man to the try the same test on the Cybertruck.

Both front and rear windows broke when they were hit with the same steel ball.

Musk took the failure in his stride and said, “there’s some work we need to do”.

Performance-wise, the Cybertruck maintains the typical Tesla high-performance with the top of the line Tri Motor AWD model capable of moving from 0-100km/h in less than 2.9 seconds.

Tesla says the Cybertruck will have a range of up to 800km on a single charge.

There will be three models in the Cybertruck line-up starting at $US39,990. 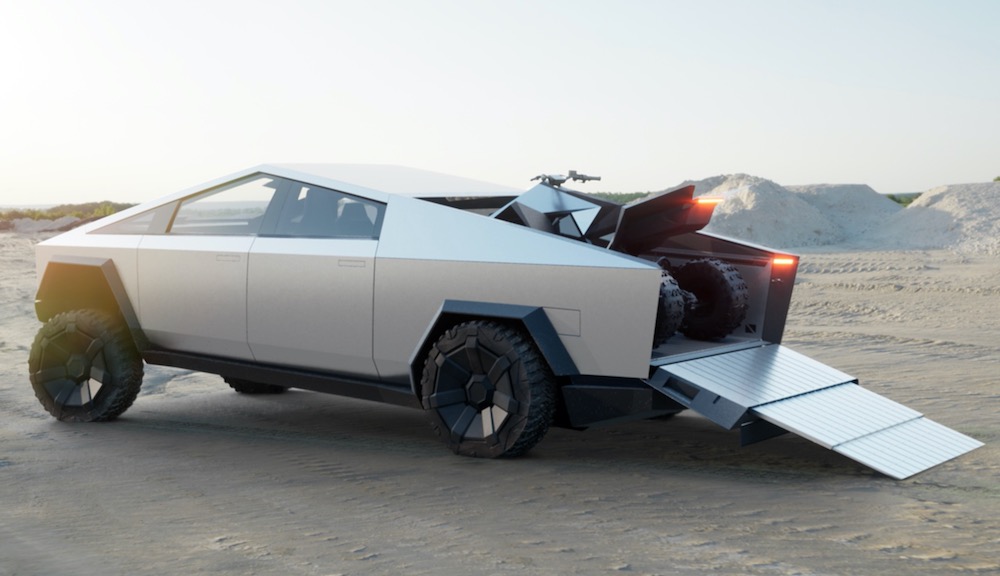 The truck is designed for customers who would usually buy a ute like tradespeople and anyone who enjoys off-roading.

The Tesla Cybertruck can handle almost 1,600kg of payload and has adjustable air suspension. 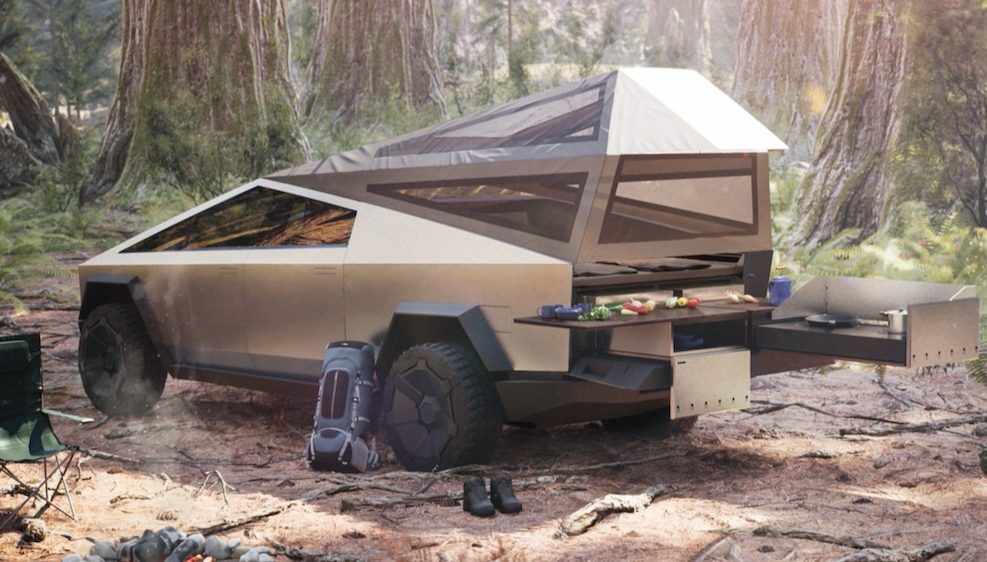 There is 100 cubic feet of lockable storage space in the tray. It also has self-levelling capabilities and a towing capacity of more than 6,500kg.

Inside there is space for six passengers and a central 17-inch touchscreen.

There are also no side mirrors to be seen on the Cybertruck so Tesla must have plans to replace them with cameras and provide the feed to the central screen.

Production of the Tesla Cybertruck is expected to begin in late 2021 with the Tri Motor AWD expected in late 2022.

Orders for US customers have already begun at www.tesla.com/cybertruck.

Australians can also put down $150 today to register to receive the vehicle in two years.