Tech Guide takes a tour inside the Tesla factory in Fremont

Tesla has certainly give the motoring industry a serious shake-up with its high-tech electric cars. Tech Guide got a chance to step inside the company’s mega-factory located in Fremont on the outskirts of Silicon Valley.

The factory tour is reserved for Tesla employees and Tesla owners (Tech Guide editor Stephen Fenech now drives a Tesla Model S) and is covered by an NDA so while we can talk in general about our experience, we couldn’t take any photos inside.

The Tesla factory in Fremont is located on the east side of the San Francisco Bay Area and is a short drive from San Jose.

It used to be the NUMMI (New United Motor Manufacturing Inc) factory – a joint venture between Toyota and General Motors.

Tesla picked up the facility for a steal – $46 million – just after the global financial crisis in 2010. Years earlier it was valued at $1.5b.

Interestingly, the factory is the second largest building in the world with a size of 5.5 million square feet or 510,000 square metres.

For those wondering, the largest building in the world is the Aalsmeer Flower Auction in Holland at 5.6 million square feet (518,000 square metres). 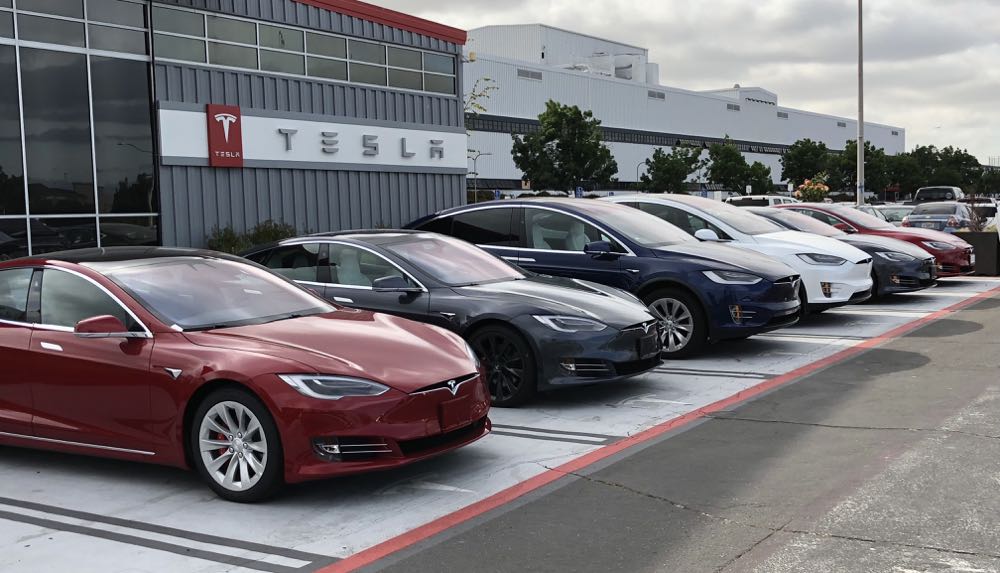 The tour started from the Tesla sales office in Fremont where there were also 12 Superchargers.

Inside the office there was free coffee on offer including Tesla’s very own brew which is offered for free (among other food items like cereal and fruit) to the more than 10,000 staff who work in the plant.

We were reminded that we were not permitted to take any photos or videos because there is proprietary technology inside.

We were seated on a small tram for the tour – think of it like a shrunken down version of the trams on the Universal Studios backlot tour with two people to a row.

Our guide used a headset microphone to explain what was going on around us.

The walls and floors of the factory are painted white with grey paths and numerous safety barriers painted “Tesla Red”.

Before we’d even moved I could see Model 3 shells moving along an elevated conveyor belt.

The tour roughly followed the progress of a Tesla being built from parts being stamped out of sheets of aluminium to assembly and the completed cars being driven off the line.

We noticed a high-level of automation but there were still a surprising number of men and women working on the lines in various areas whether it was attaching the battery pack to the bottom of the car, fixing the dashboard and 17-inch screen in place or inserting the headlights and tail lights.

There were also numerous signs about safety and quality. 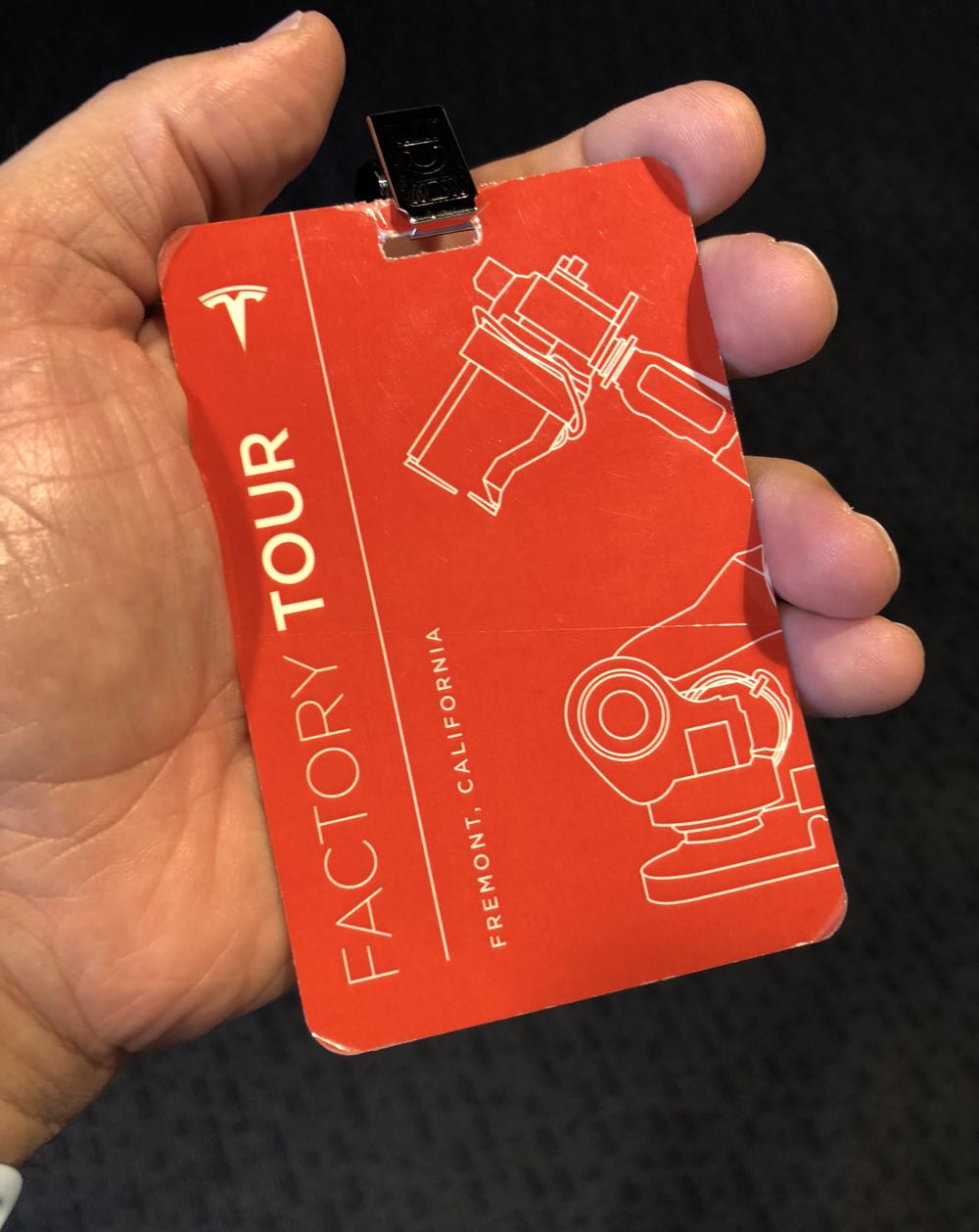 One sign had words to the effect “quality is not something we hope for, it’s the result of what we do”.

We asked the tour guide whether Tesla CEO Elon Musk has ever been spotted on the factory floor.

“Numerous times,” came the reply but we weren’t lucky enough to get a sighting of the billionaire on our tour.

In a recent TV interview, Musk admitted he sometimes didn’t bother to go home at the end of the day and slept on a couch in the conference room or on the floor.

What was surprising to see were the Model S and Model X in the same line. We were told it was because they share many of the same parts.

The line for the mid-size and more affordable Model 3 was separate.

The tour ran for just under an hour and was super impressive. The assembly line and the entire operation is remarkable.

Just this week in a presentation to shareholders, Elon Musk said “this might sound cheesy, but at Tesla we build our cars with love”.

Musk also commented on the dedication of the factory workers and said they’ve had people who had been working 60 days straight and that had to be forced to go home.

Musk said these same employees were caught trying to sneak back in to return to work.

Years ago there plenty of reports of Tesla cars not having the highest build quality and finish as other manufacturers.

From what we saw in the factory and from the numerous Tesla vehicles we have driven, that’s no longer an issue – if it ever was. 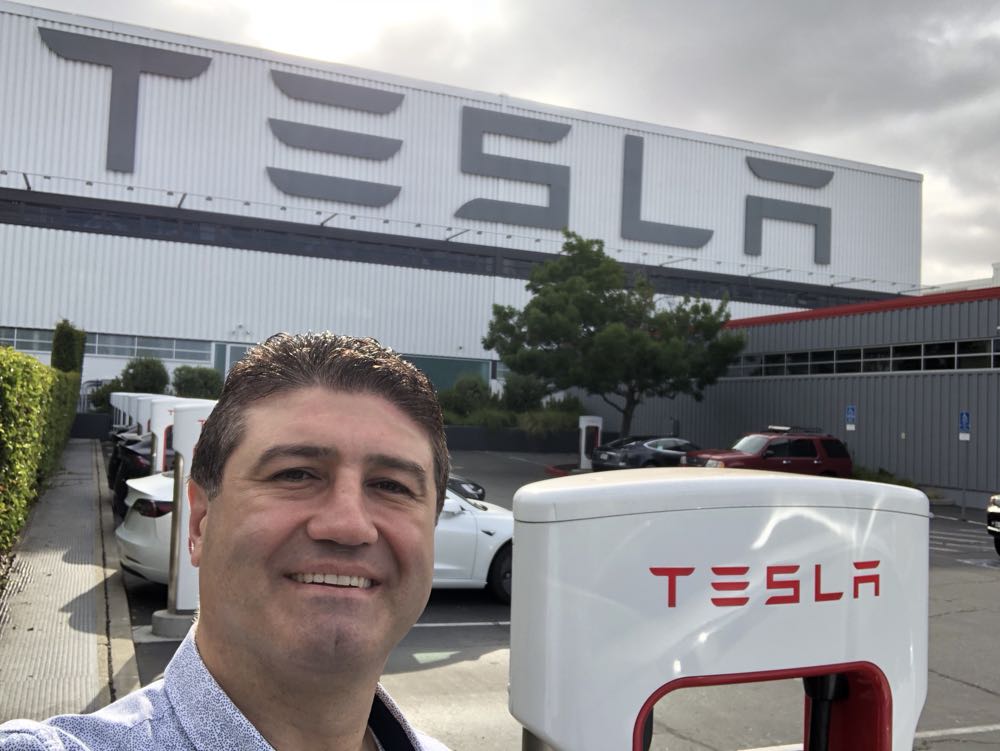 At the end of the tour, we couldn’t leave without buying a souvenir t-shirt and would have bought even more like a jacket and hat but they’d run out of stock.

It seems that’s one thing the Tesla cars and Tesla apparel has in common –  they are both very popular.