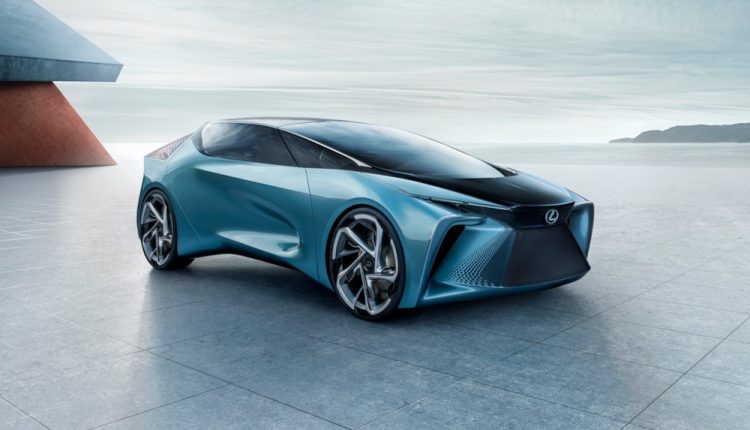 Lexus has outlined a bold vision of what it sees as the future of driving with the LF30 fully electric concept car which was unveiled at the Tokyo Motor Show today.

The “Lexus Electrified” vision is the forerunner to the range of electric cars the Japanese carmaker will roll out over the next 10 years starting with the first model that will hit the road in 2020.

The Lexus brand launched in 1989 with a mission deliver luxury and innovation. 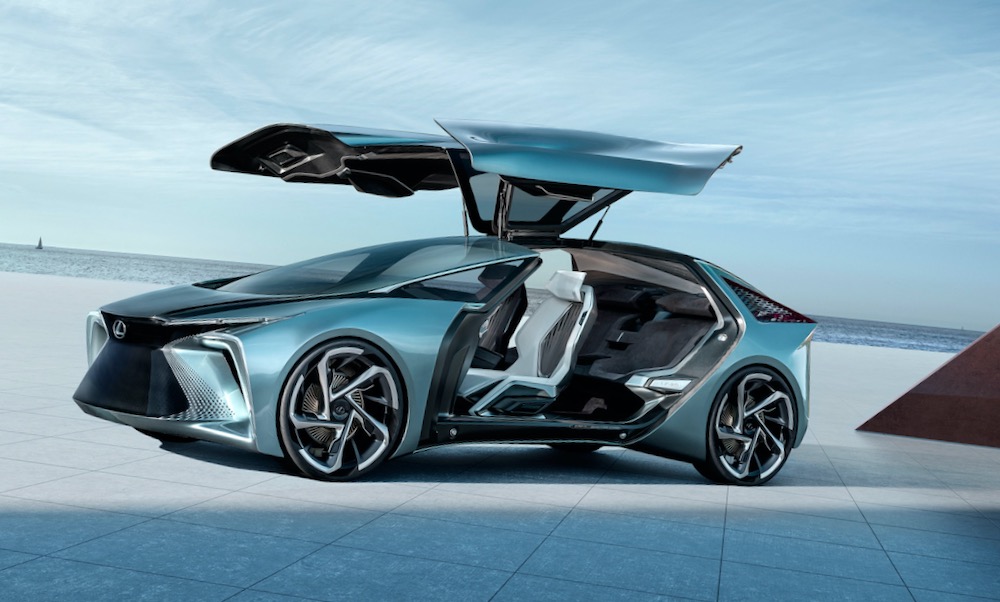 At the Lexus press conference at the 46th Tokyo Motor Show, the company said it wants its vehicles to stimulate all five senses.

The LF30 concept reaches for the stars in terms of onboard technology and driving capabilities and it will take its learnings with its fuel and hybrid cars and apply it to the next generation of electrified vehicles.

And not only will the car be fully electric – it will also be fully autonomous as well.

The car takes the traditional Lexus “spindle” form design and adds muscular fenders and wing-shaped headlights along with sharp taillights and air intakes that merge into one.

The window glass stretches along almost the entire length of the car with a shape that promotes superior airflow for cooling and aerodynamics.

The opacity of the windows can actually be adjusted by the passengers for either privacy or  uninterrupted views. 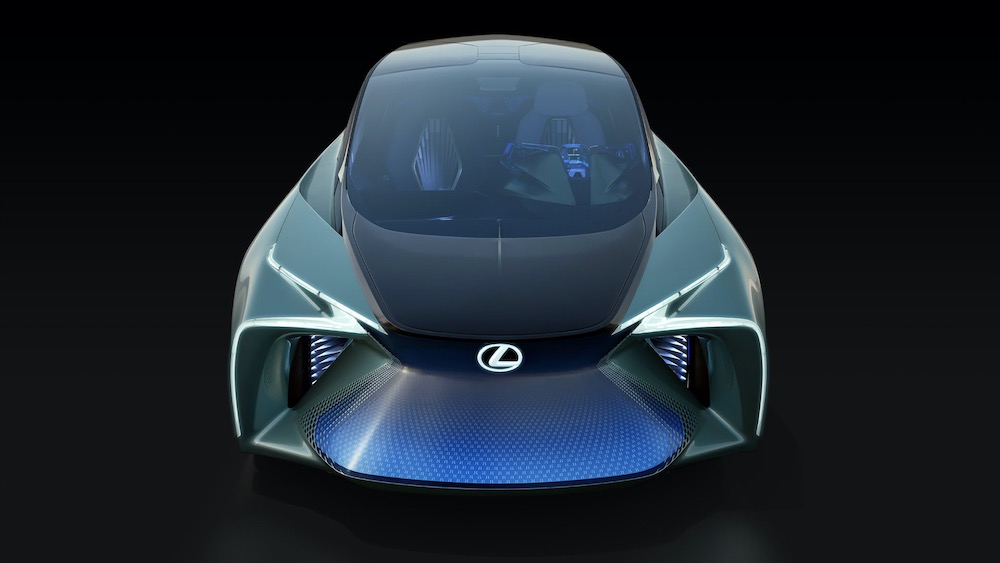 The colour of the front face of the vehicle will also change to others can easily determine whether the car is being operated by the driver or in autonomous mode.

The Lexus LF30 also offers individual control of all four wheels with Lexus Advanced Posture Control to customise itself to the road conditions.

Inside the cockpit, the driver is greeted by screens and digital displays which provide comfort and a relaxing ambience.

The steering wheel shape and size is based on the reins you would hold when riding a horse in the hope of giving the driver a similar understanding of the ride of the vehicle. 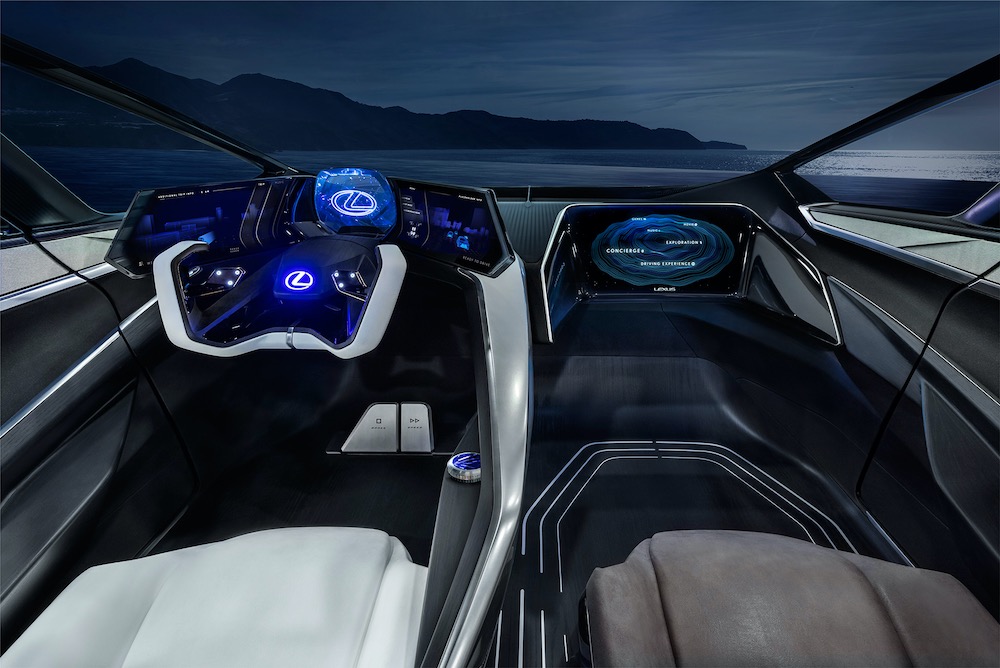 Lexus calls it a steer by wire system to give the driver a more precise feel.

The driver can also use gestures and augmented reality to control the various features of the car.

And when you opt for autonomous mode, the steering wheel folds up and retracts completely out of your way.

The seats in the car also have muscle technology so they can mould to the occupant and support various modes like reclining and relaxation and also help you stay alert. 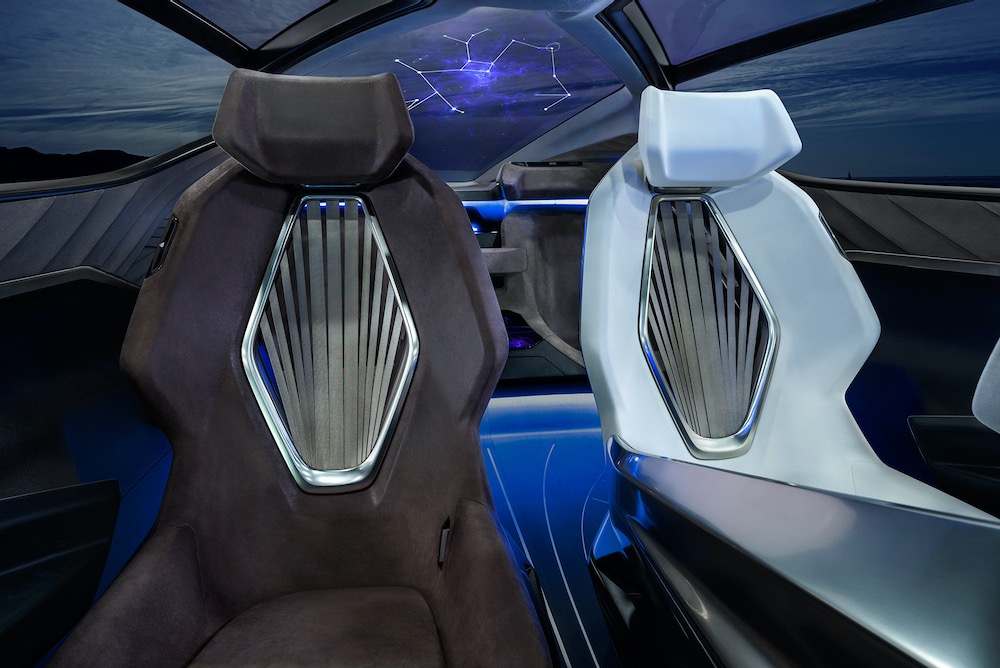 The Mark Levinson audio system offers next level sound inside car which has been acoustically tuned with noise cancellation technology onboard as well.

The glass roof can also act like an information display and the occupant can use AR to view various types of content, videos and also navigation.

Onboard AI can also distinguish between different drivers and passengers through voice recognition and can adjust the seating and climate control to their individual liking. 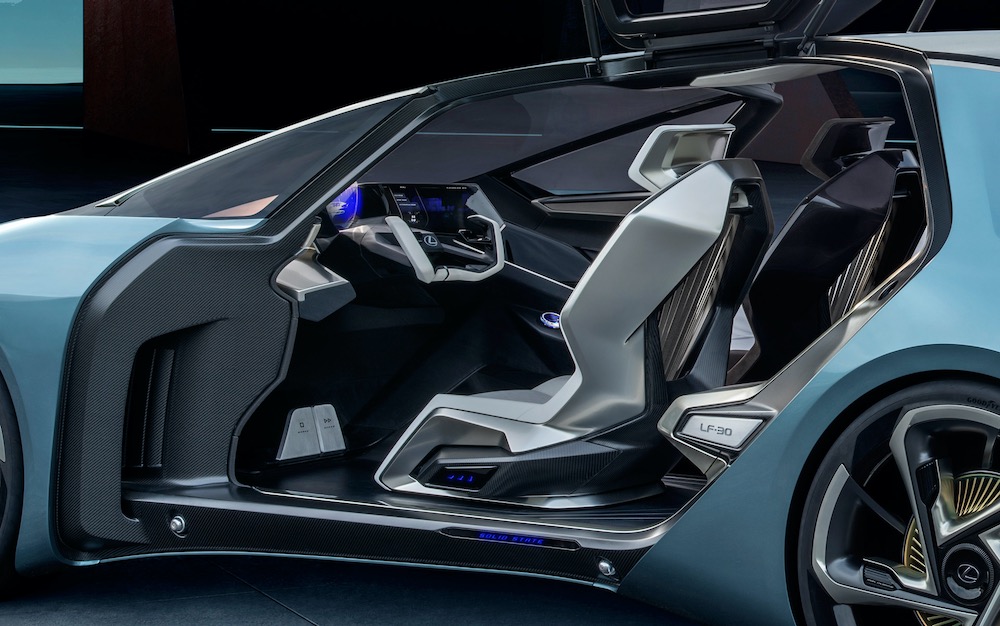 On the navigation side, the LF30 can also understand driver preferences for routes and destinations and even suggest places to go.

Using the latest autonomous driving technology, the Lexus Teammate also has Chauffeur mode and Guardian mode so the LF30 can also self park and pick you up from the front door when you’re ready to go. 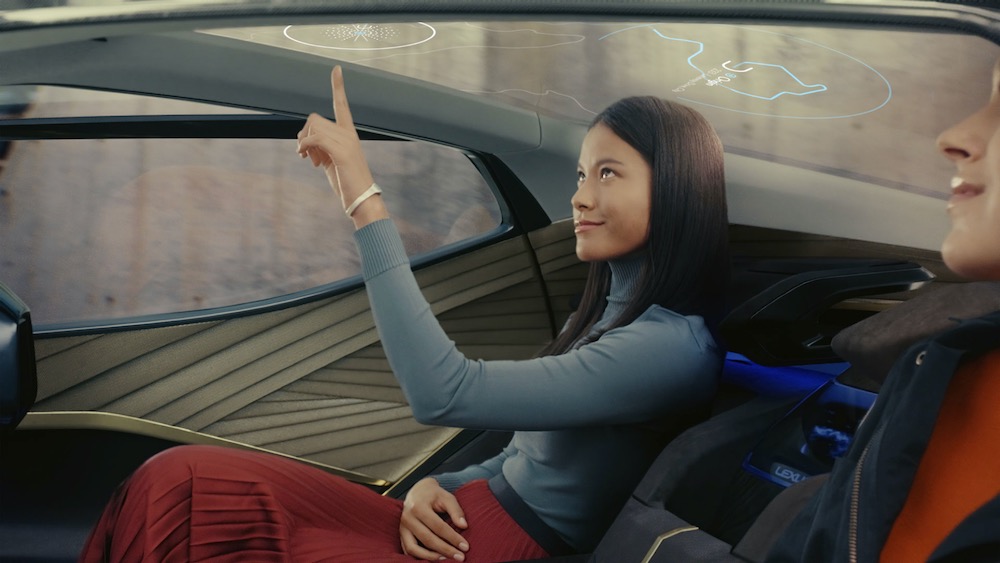 FCEV uses hydrogen to generate the power to charge the battery which runs the motor.

There are no CO2 emissions so it is also environmentally friendly. The only by product is water.

* Stephen Fenech travelled to Tokyo as a guest of Toyota