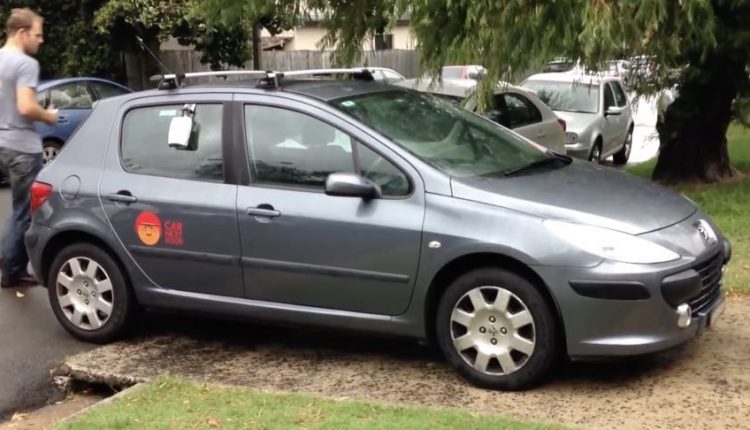 A goal to reduce carbon emissions and the realisation that we don’t use our cars 95 per cent of the time led to the birth of Car Next Door – a business that turns your car into a shared car.

On this platform, customers can rent cars from their neighbours by the hour or by the day.

There are more than 1500 cars registered on Car Next Door in Sydney, Melbourne and Brisbane so it’s easy to find a car to borrow close to you.

Car Next Door can be 50 per cent cheaper than a traditional rental car because you only pay for the time you need it.

Car owners can easily sign up and make their vehicles available to use on the service.

These vehicles are covered by a special comprehensive fleet insurance that can be used instead of their regular insurance.

Car Next Door was the brainchild of formal mortgage broker Will Davies who was concerned about carbon emissions from the many vehicles on the road.

“I was slowly getting more and more annoyed by the amount of damage that humans are causing the world,” Davies told Tech Guide.

“We were putting an unsustainable amount of carbon into the atmosphere, so I made a decision that I wanted to be focussing my business efforts on reducing carbon emissions.

“I had to work out how I could fit that in to mortgage broking but couldn’t make that work.”

Davies sold his mortgage broking business and set out on his next venture to create an environmentally friendly business.

His first thoughts included importing solar panels and aquaponics which grows plants through fish waste – but neither got off the ground.

But it was a walk to a shared car that gave Davies his best idea.

“I’d been a long-term car share user. I was walking to a car that was about a kilometre away and I walking past these other cars just sitting around,” he said.

“Most cars sit around doing nothing 95 per cent of the time so I worked out a way to utilise those cars and make them accessible to other people nearby.

“Cars are one of the biggest underutilised assets that we’ve got and if can get them used more it’s just way more efficient.”

And Car Next Door was born.

Once a car is chosen, the driver turns up where it is parked and accesses the key from a lock box on or near the car using a one-off code.

You don’t need to meet the owner to pick up all return the keys. There’s also 24-hour roadside assistance available for drivers as well.

All of the cars on Car Next Door are also fitted with a GPS tracker so they can be found on a map and to also track the kilometres they are driven.

And you’re also doing your bit for the environment because Car Next Door offsets the CO2 emissions by planting bio diverse native Australian forests through Greenfleet.

To date, Car Next Door has paid out more than $5 million to car owners and planted more than 12,500 trees.

If your car is just sitting in the driveway, Car Next Door can help you make some extra money as well as providing a service to your neighbours.